Continuing with our San Diego getaway, on Saturday afternoon we popped over to Mission Beach and Pacific Beach to check out the scene. We grabbed a drink at Draft (really great local beer selection) then walked along the beach about a mile up to Pacific Beach for some fish tacos from Oscars. Our friend tipped us off that their tuna civiche is a must, and it was incredible (half eaten in the photo below)! A super laid back environment with people straight off the beach…literally in bare feet. I loved the beach towns in San Diego – it was such vibrant and active scene. 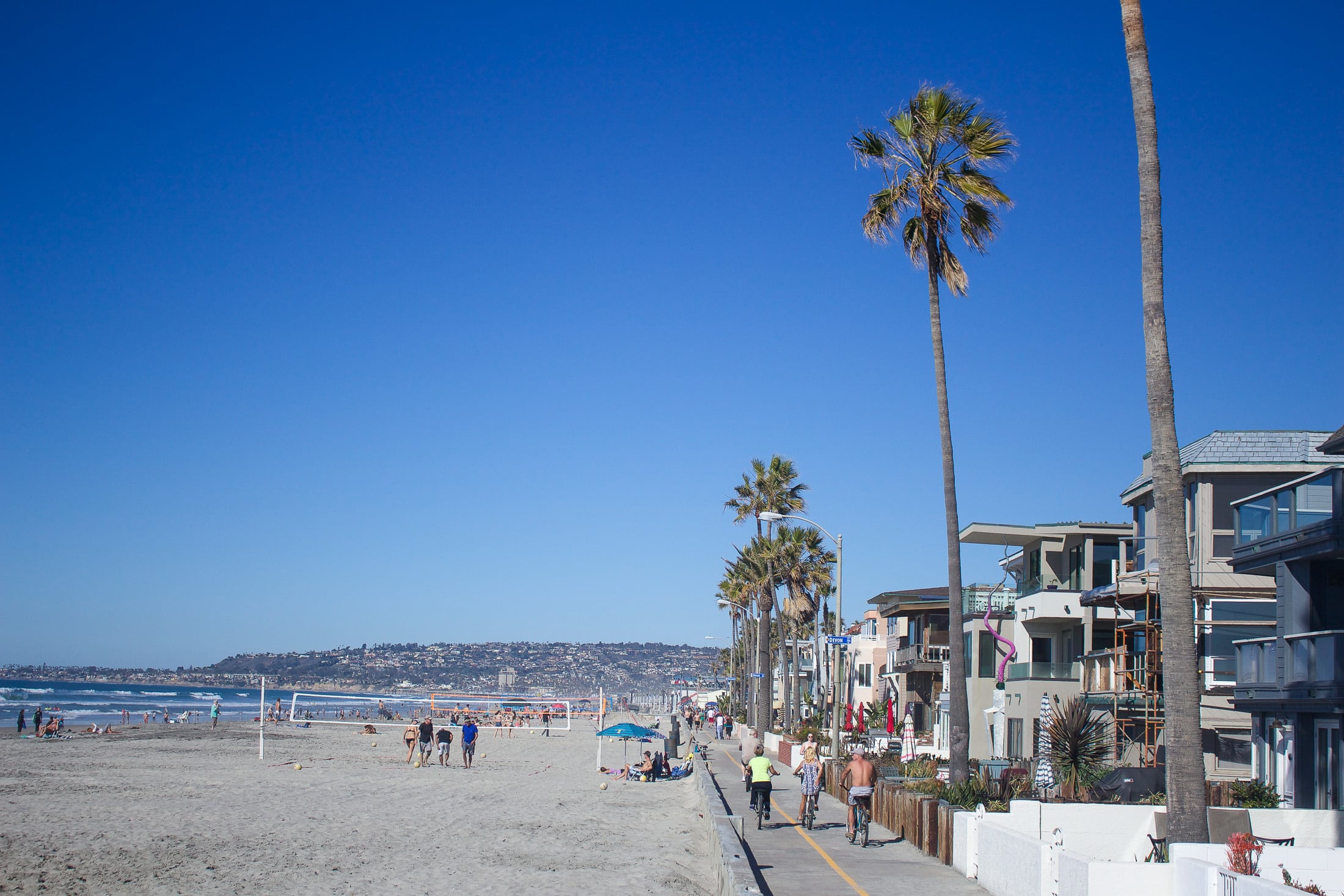 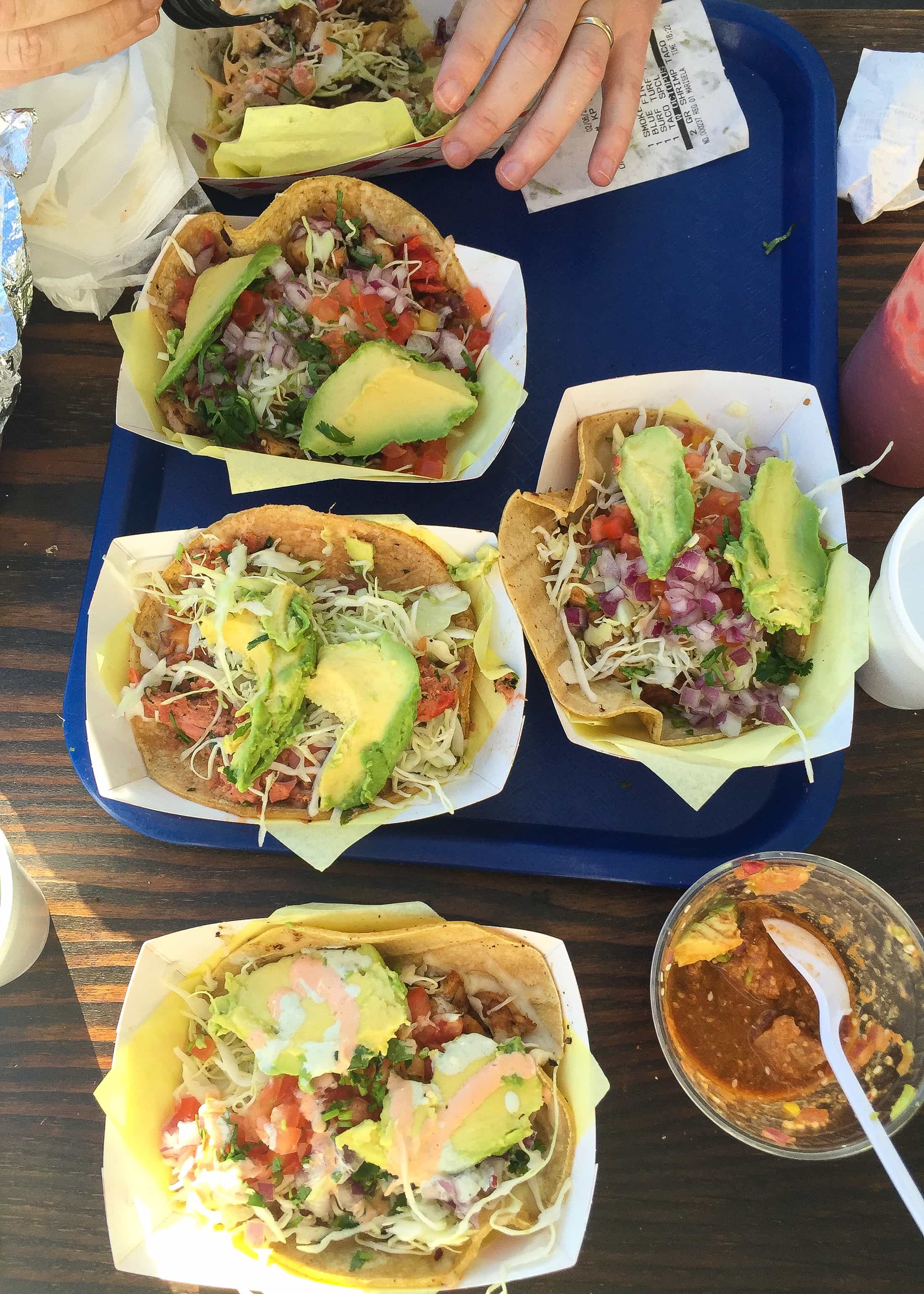 As much as we were hoping to squeeze in a peek of the sea lions at La Jolla beach, a little further up from these two beaches, we were tight on time and decided to head to Sunset Cliff to watch the sunset.  The scene here is beautiful – rolling cliffs setting the scene for a magnificent sunset. One thing I learned quickly is as warm as the days are, it gets really chilly at night so pack accordingly! I was freezing in these shorts. 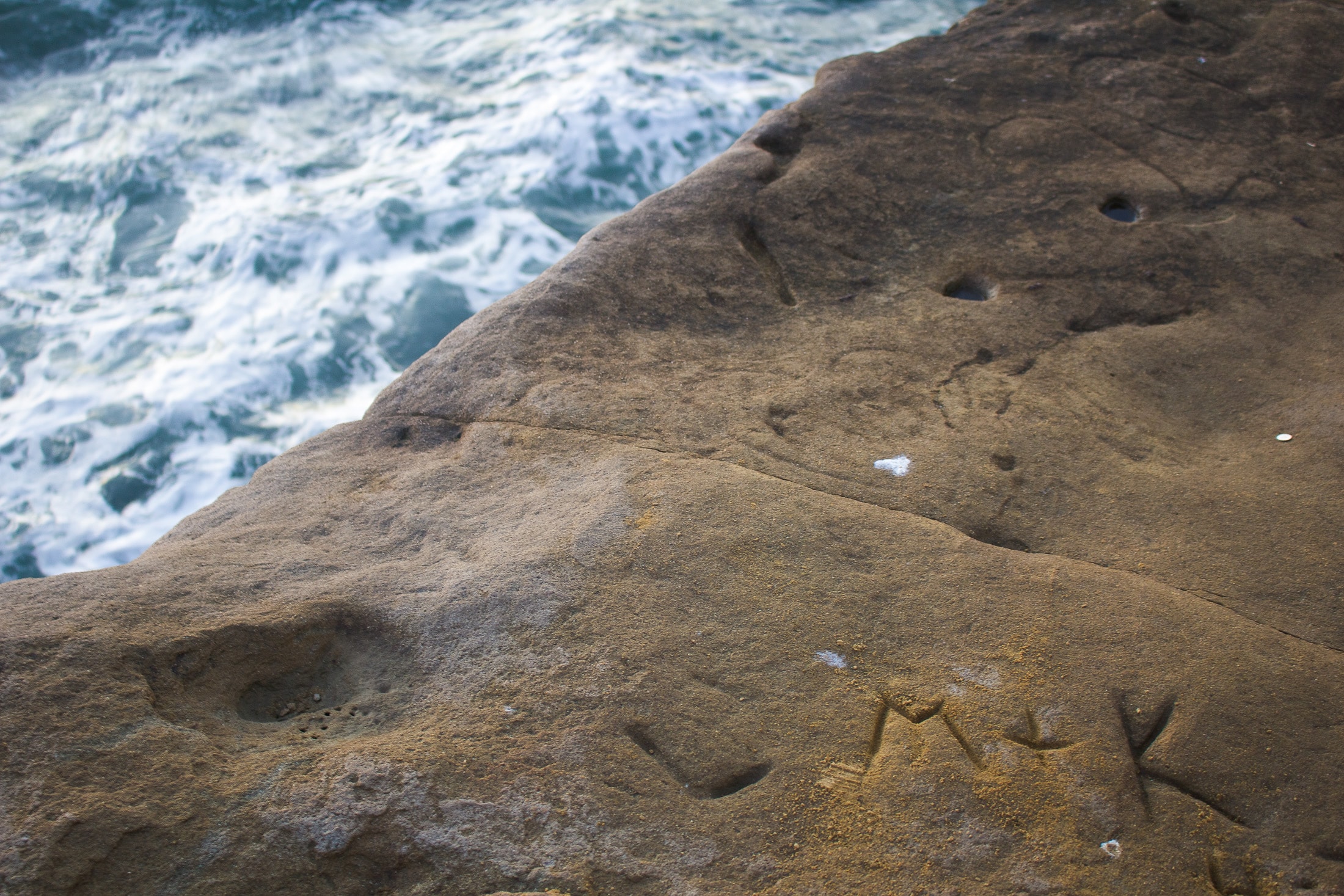 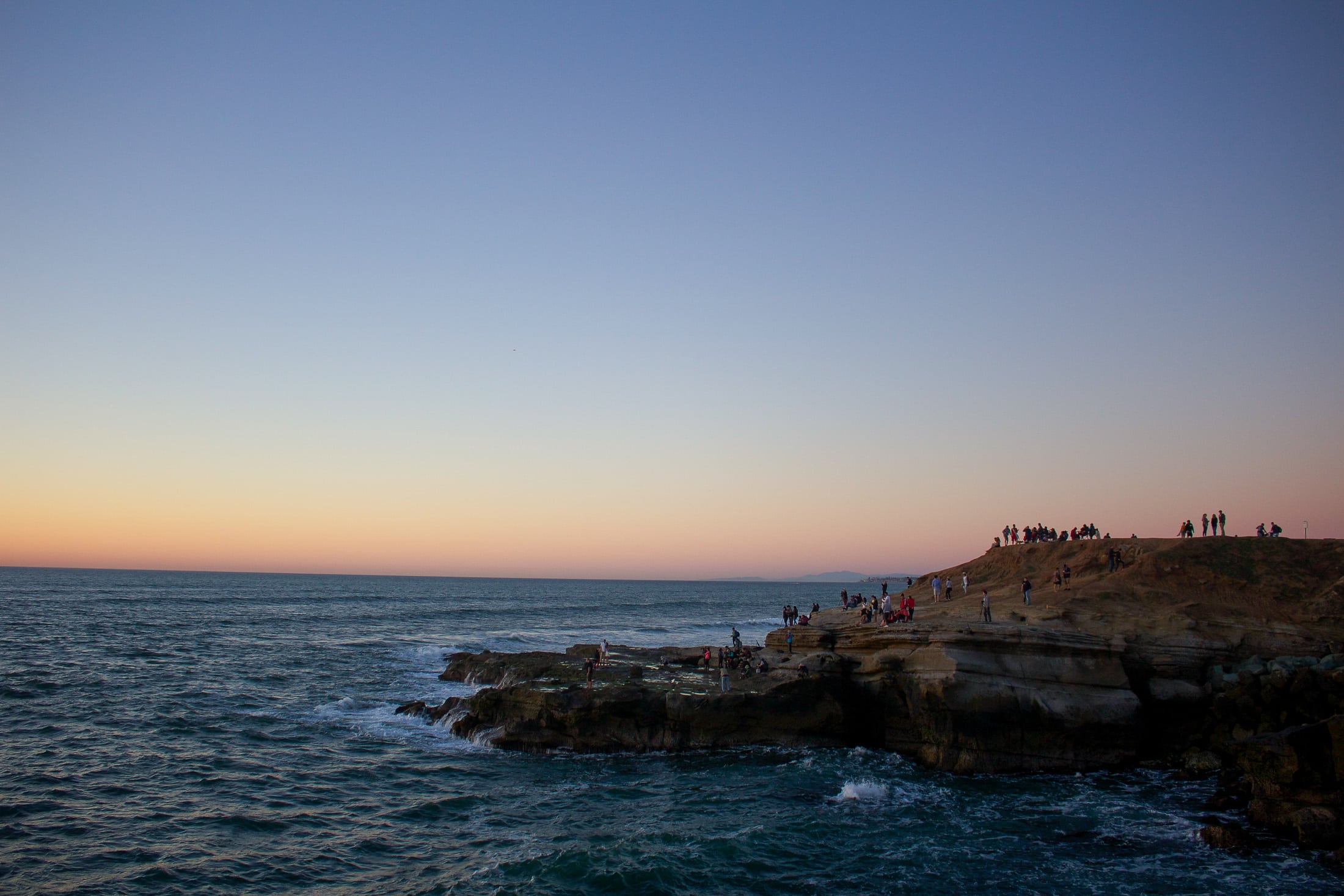 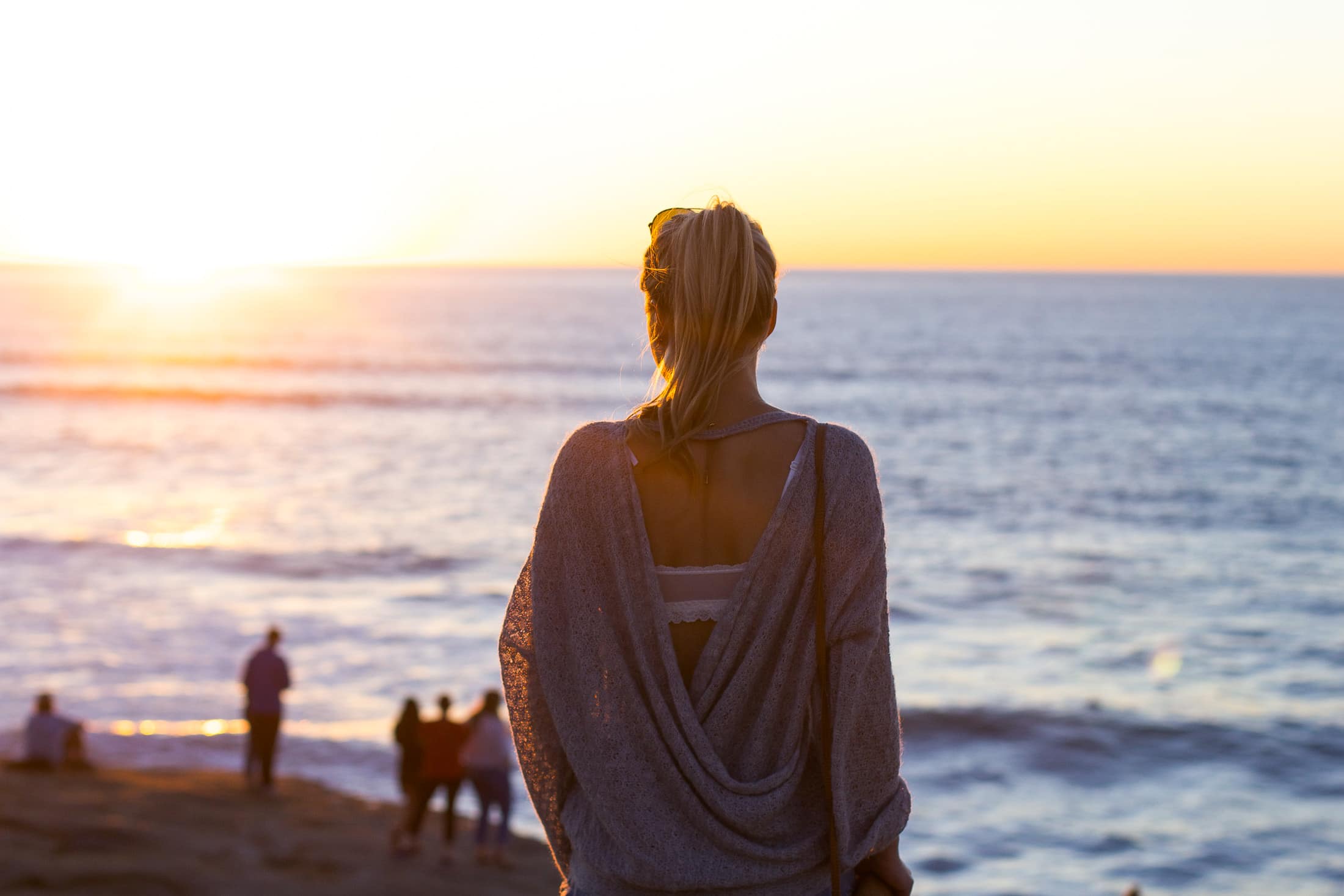 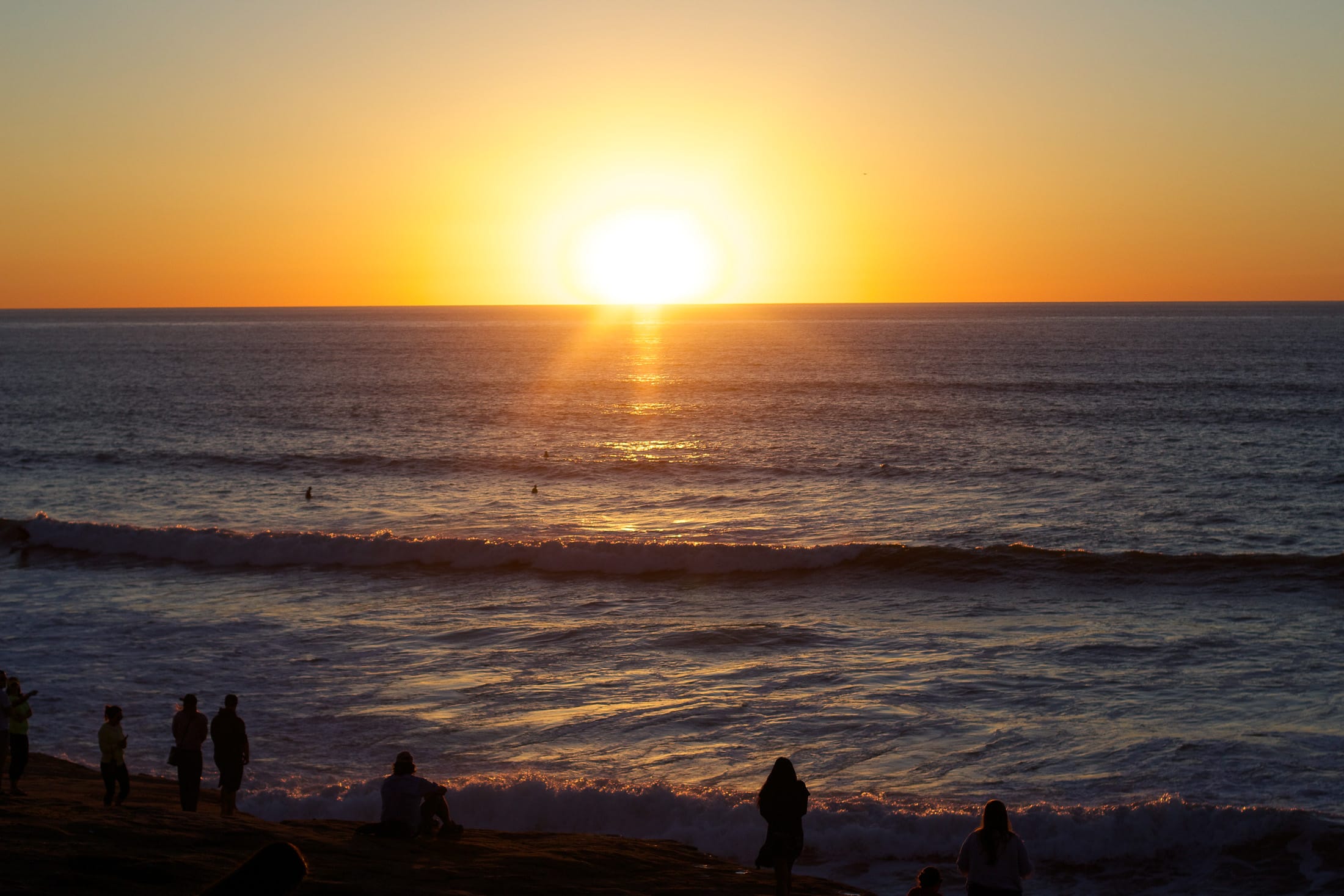 Saturday night we dined at Searsucker in the heart of the Gaslamp district. I really loved everything about this restaurant, from the decor to the food. Added bonus, the mardi gras parade was going on right outside the restaurant so we had some pretty interesting dinning entertainment – I even caught some beads on the way out of the restaurant! Sunday morning, I woke up pretty early and headed to the Donut Bar – a legendary donut shop that was just a few blocks from the hotel. I timed it to arrive at 8 so I would be there right when it opened – little did I know that the line would already be around the corner.  Although the wait was long, these were some insanely good donuts (consistently ranked best donut shop in the US and definitely was actually worth the hype). We went with the somoa (my favorite girl scout cookie), pistachio, smores, maple bacon (insane!), and pb&J. 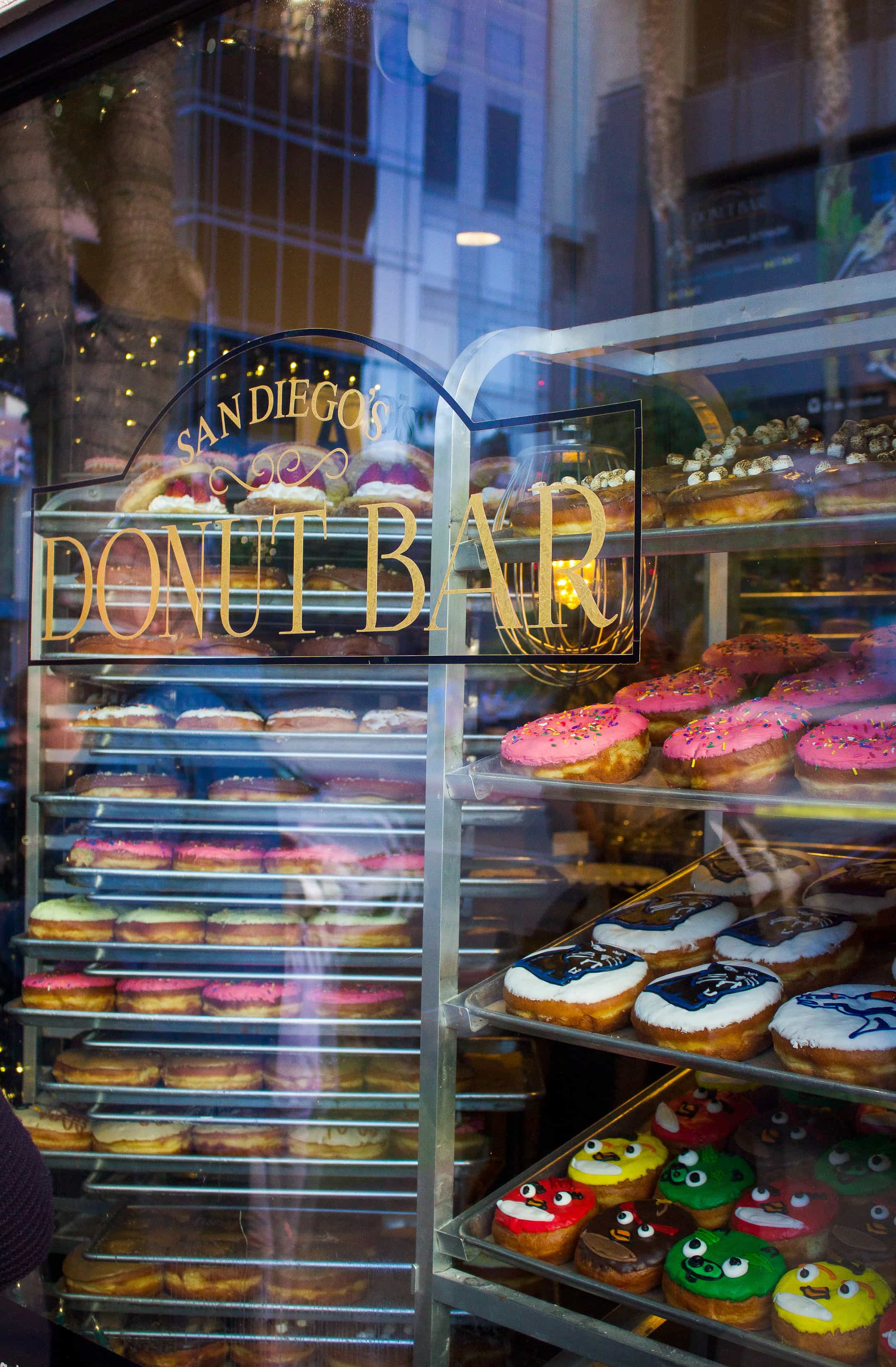 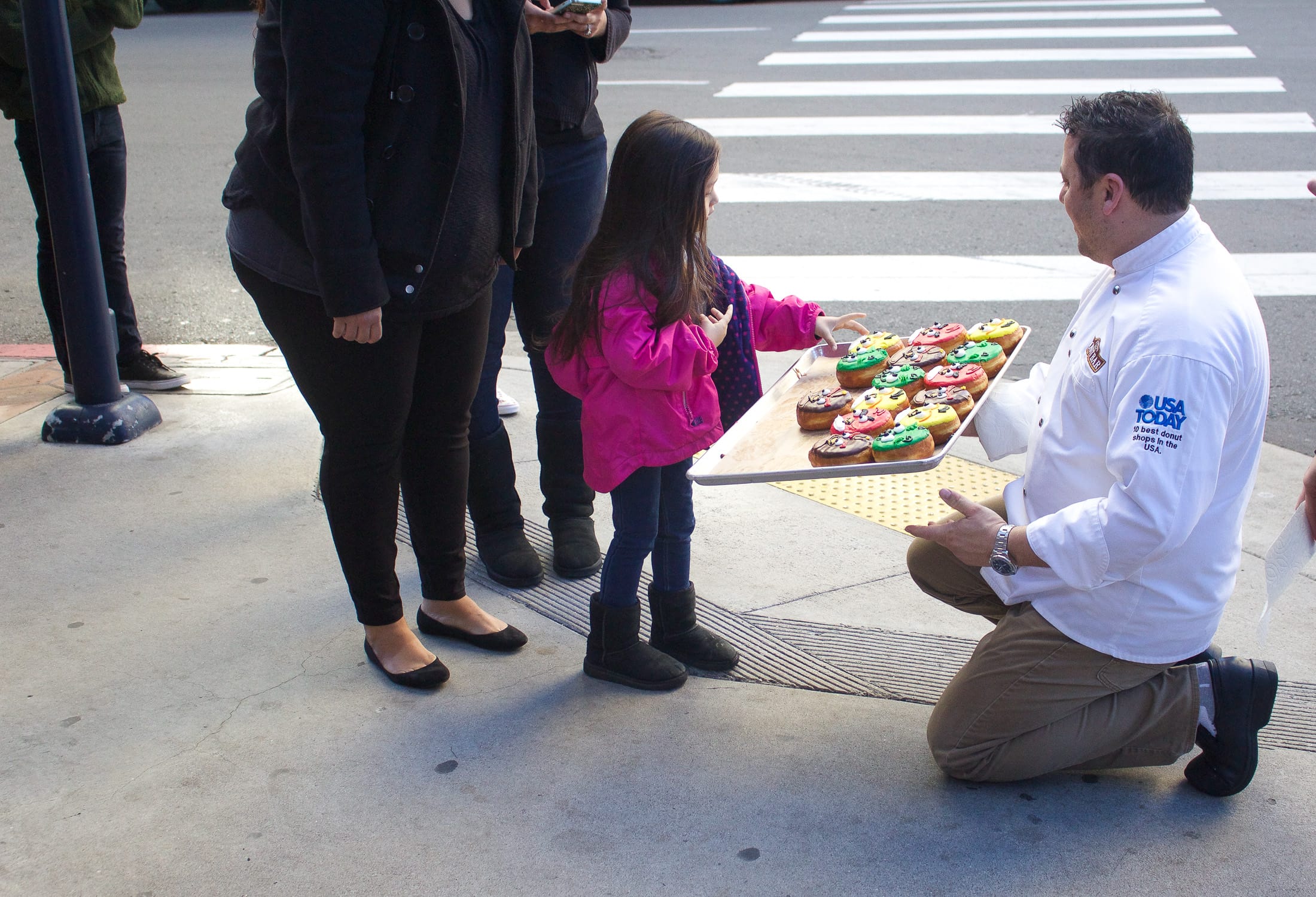 The owner was so sweet and handed out donuts to the kids waiting in line. 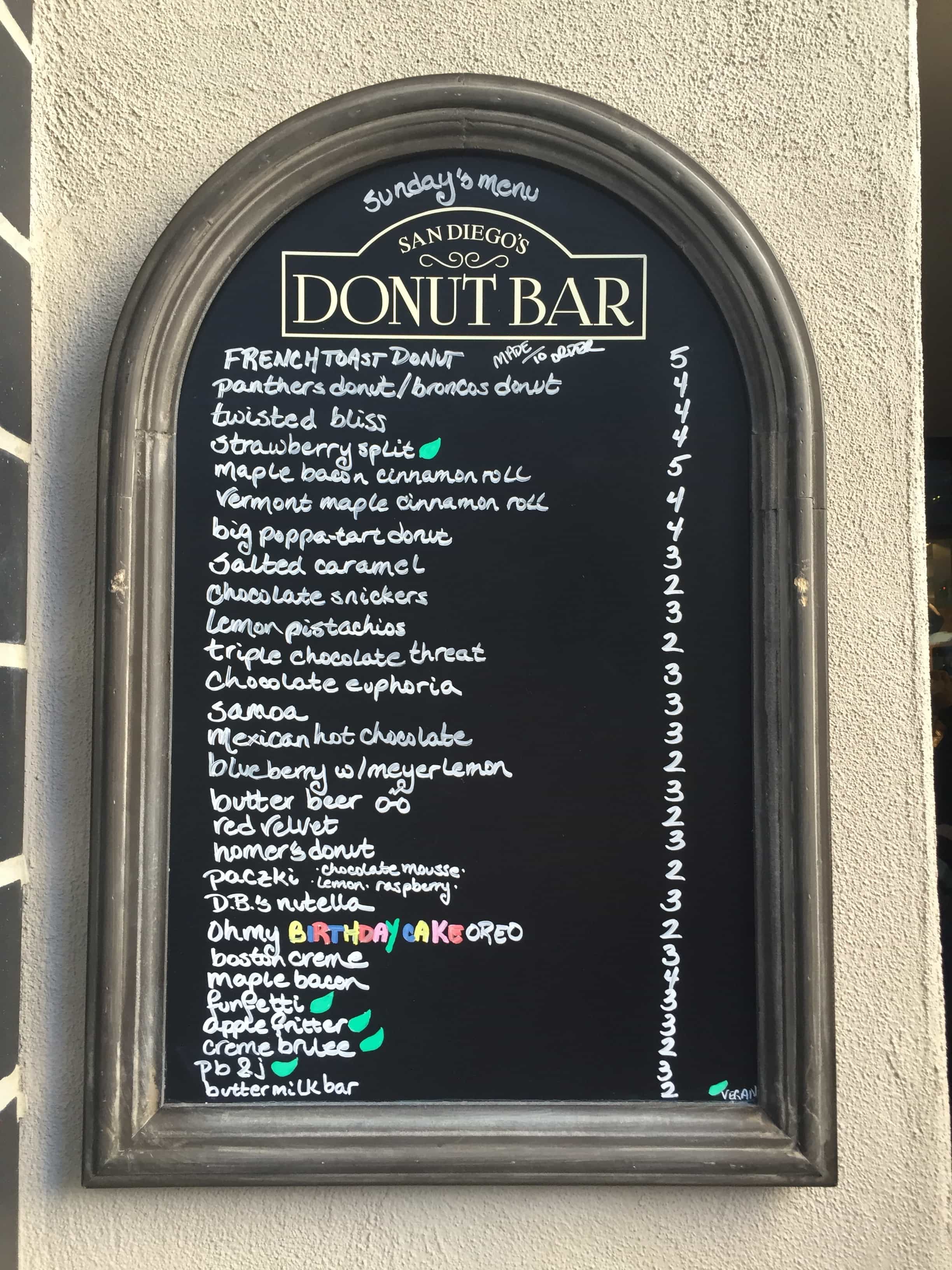 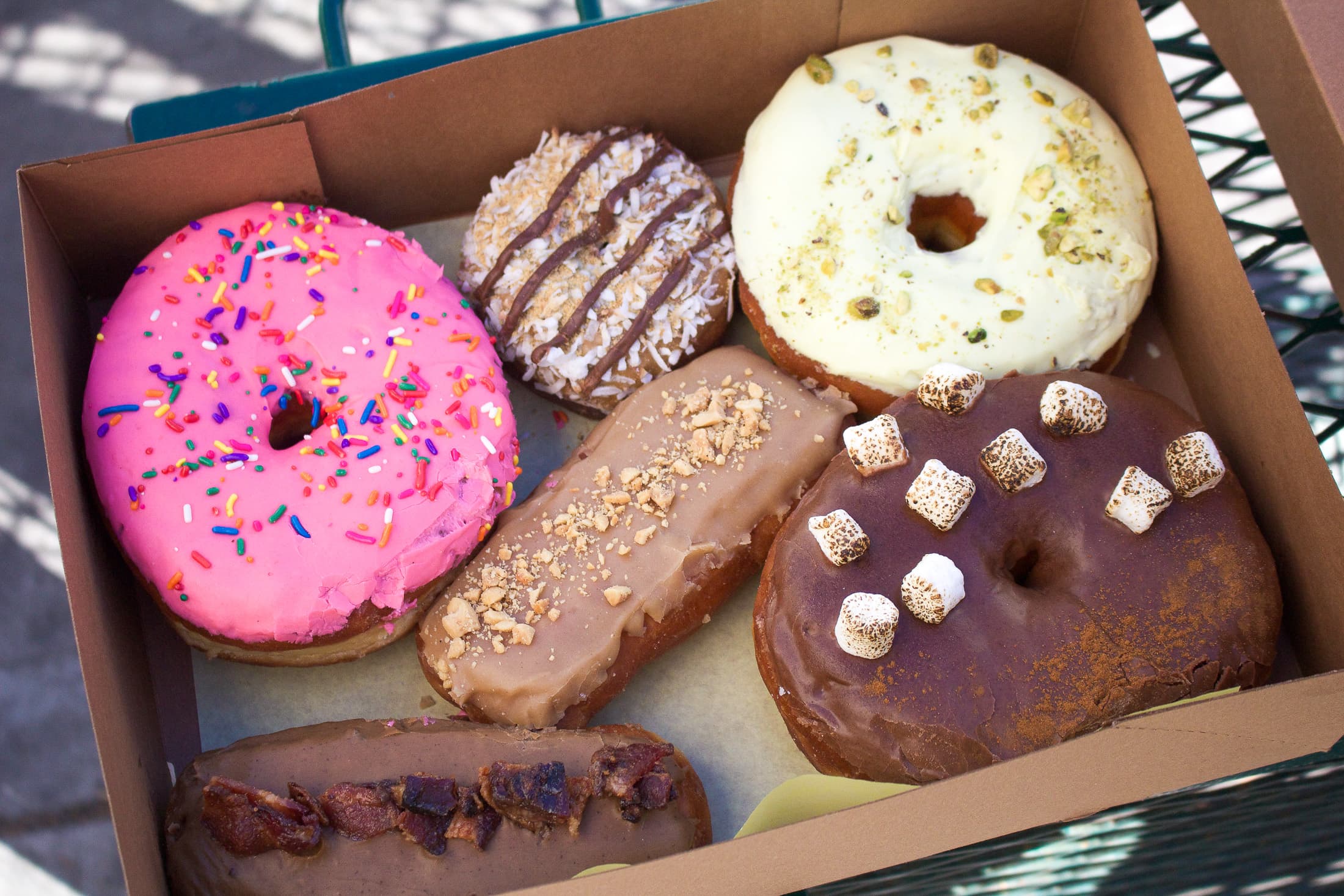 Sunday we spent on the beach in Del Coronado, a gorgeous beach town outside downtown San Diego. This town is definitely more low key and less of a party scene from Mission Beach and Pacific, but perfect for a relaxing afternoon on the beach 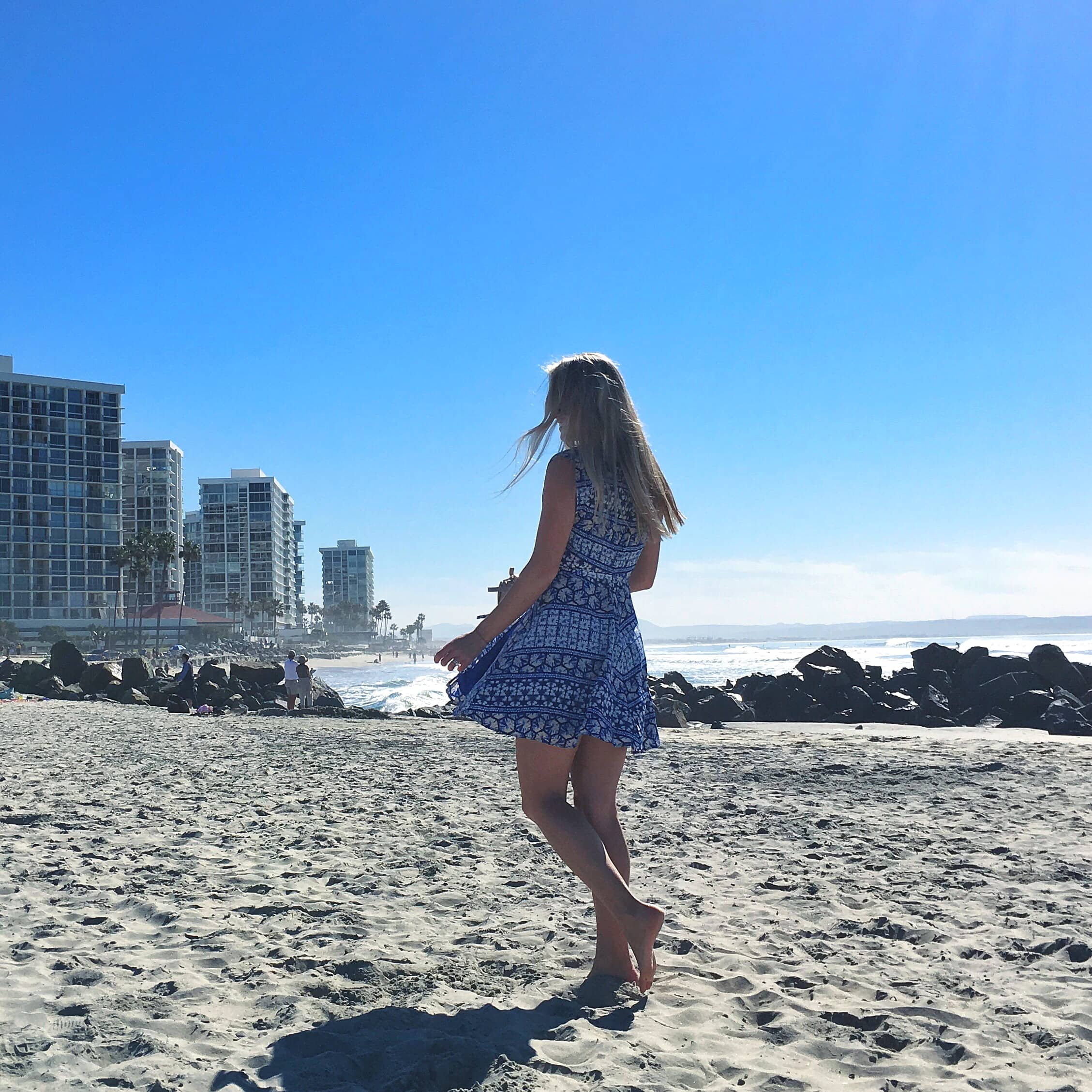 Finally, we got back to the hotel with several hours until our airport so we enjoyed a beer and the start of the Super Bowl on the rooftop of the Andaz. The perfect end to a great weekend. This rooftop, with its sweeping views and fun vibe was the perfect place to spend the (little) down time we had in between our adventures.

If you look at a map of San Diego, you will notice that we covered a lot of ground in these few days. To get around we pretty much just used uber – which is SO much more affordable in California than what I am used to in New York. Seriously, an uber from the airport to downtown is like $5.00! 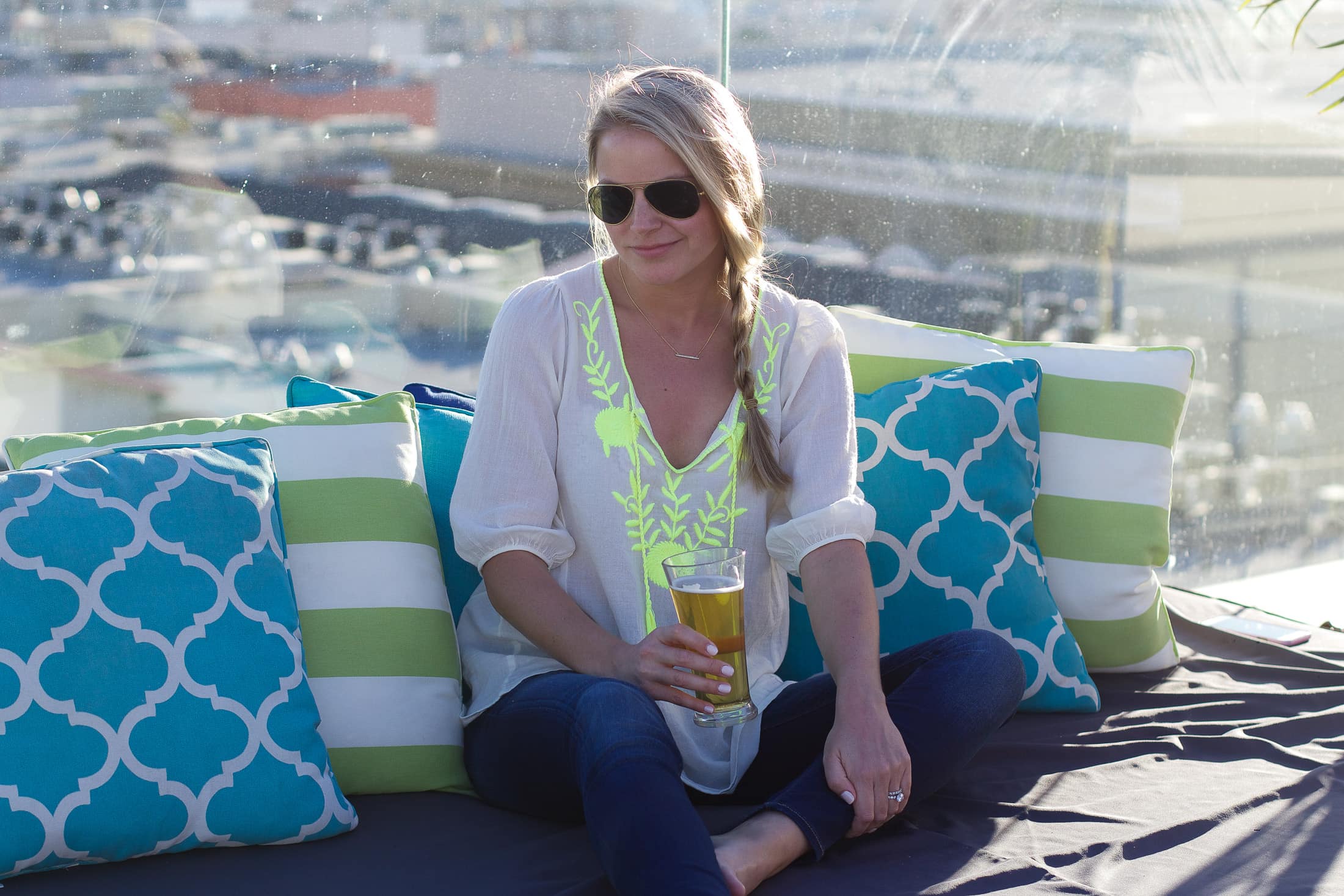