After the first snow storm came and passed, Matt and I decided on a whim to book a super last minute trip to San Diego for a long weekend and escape the cold weather in New York City. San Diego was calling for weather in the mid to high 70’s and the flights were affordable, so it a no brainer for us. The best part is that it is a new year, so I finally have all my vacation time back! If you didn’t pick up on this by now, Matt and I love to travel and Matt is scary good at putting together incredible itineraries, even for shorter periods of time. We were able to pack in practically all the sites we wanted to see in three days. I think the jet lagged worked in our favorite for seeing everything because we were up by pretty early each morning.

It was both our first times visiting San Diego and we stayed in the heart of their downtown area at the Andaz in the Gaslamp District (I found out too late that they allow pets…next time Hadley!) With countless bars and delicious restaurants all around, you truly can’t beat the location. Little did we know, that Mardi Gras was being celebrated on Saturday in San Diego, which was quite the event, with the roads blocked off, a big parade, and we enjoyed a flashback to the mid-90s with a Bone Thugs & Harmony concert right outside our hotel window. 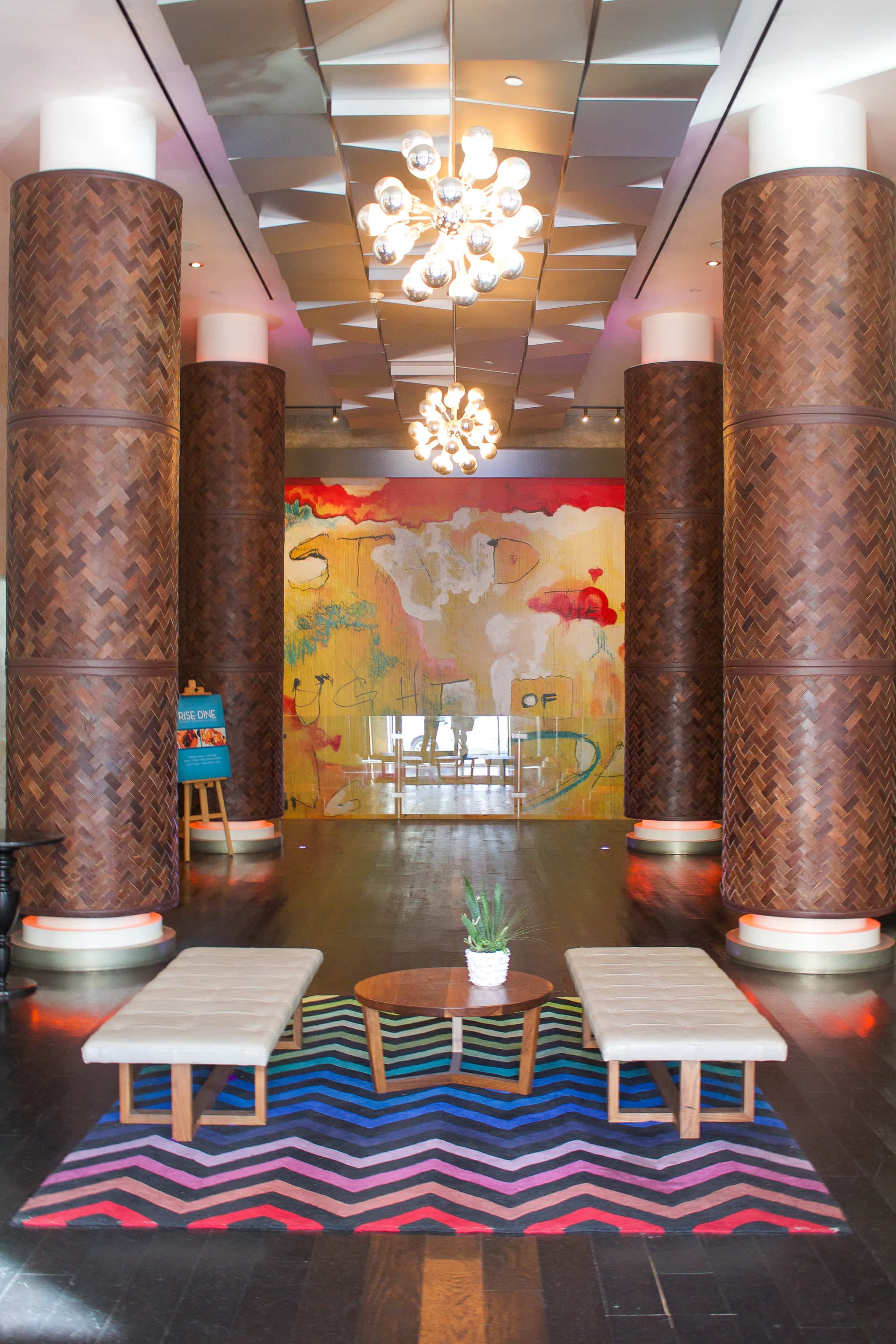 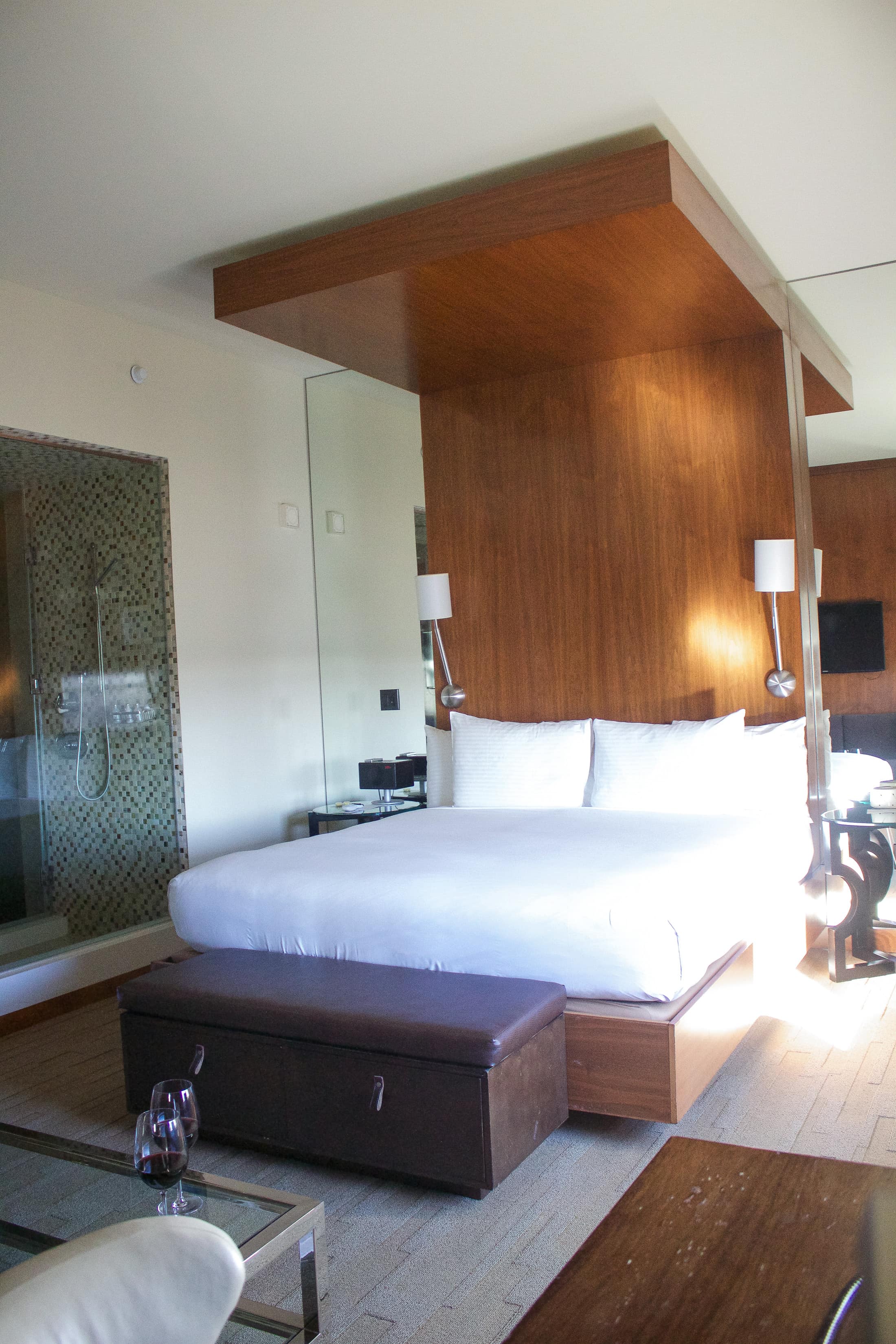 After a delayed flight on Friday and arriving a little later than we expected, we enjoyed a much needed cocktail on the roof of the Andaz and watched the sunset. It was beautiful to get to experience a sunset in the city without as many tall buildings as New York. 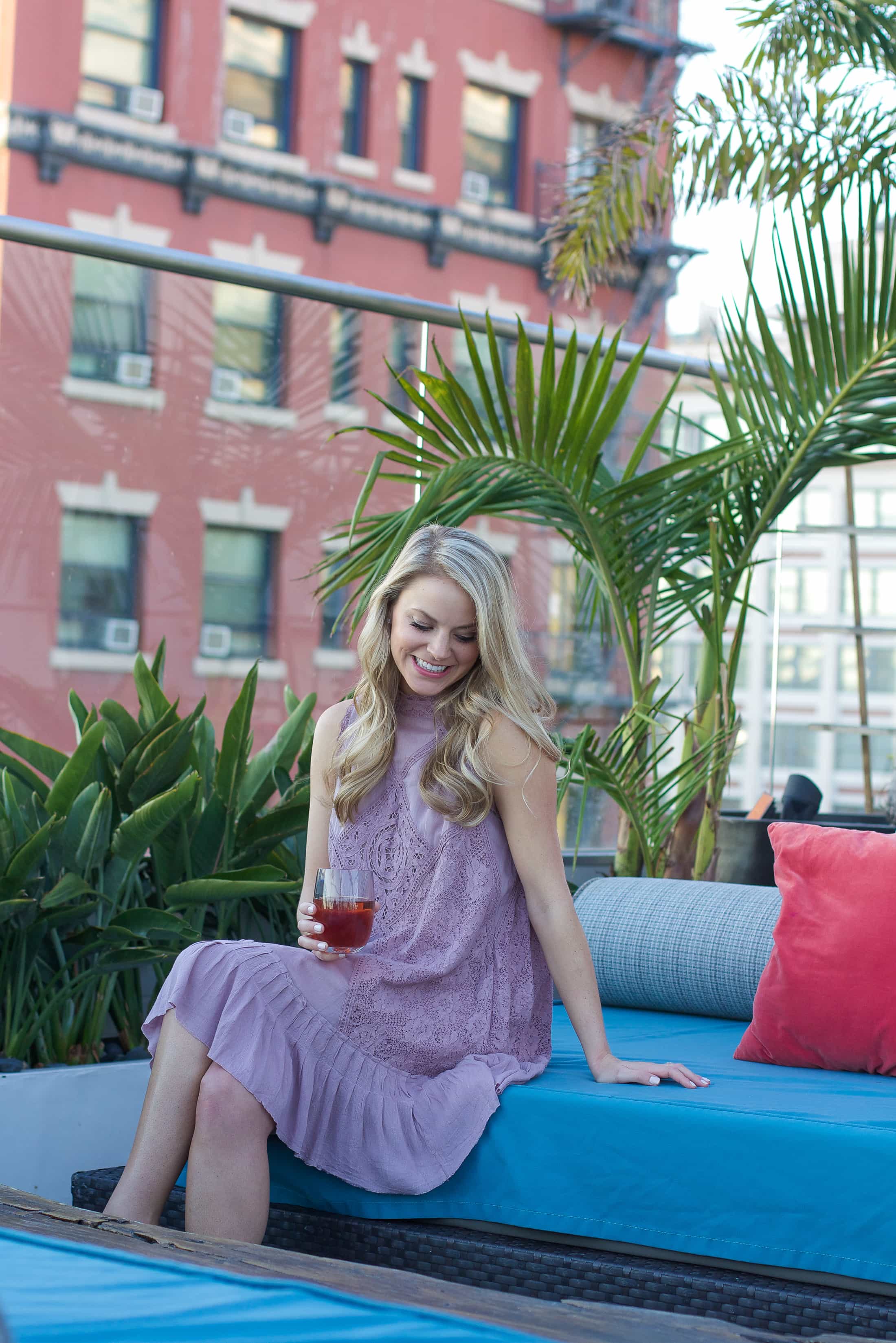 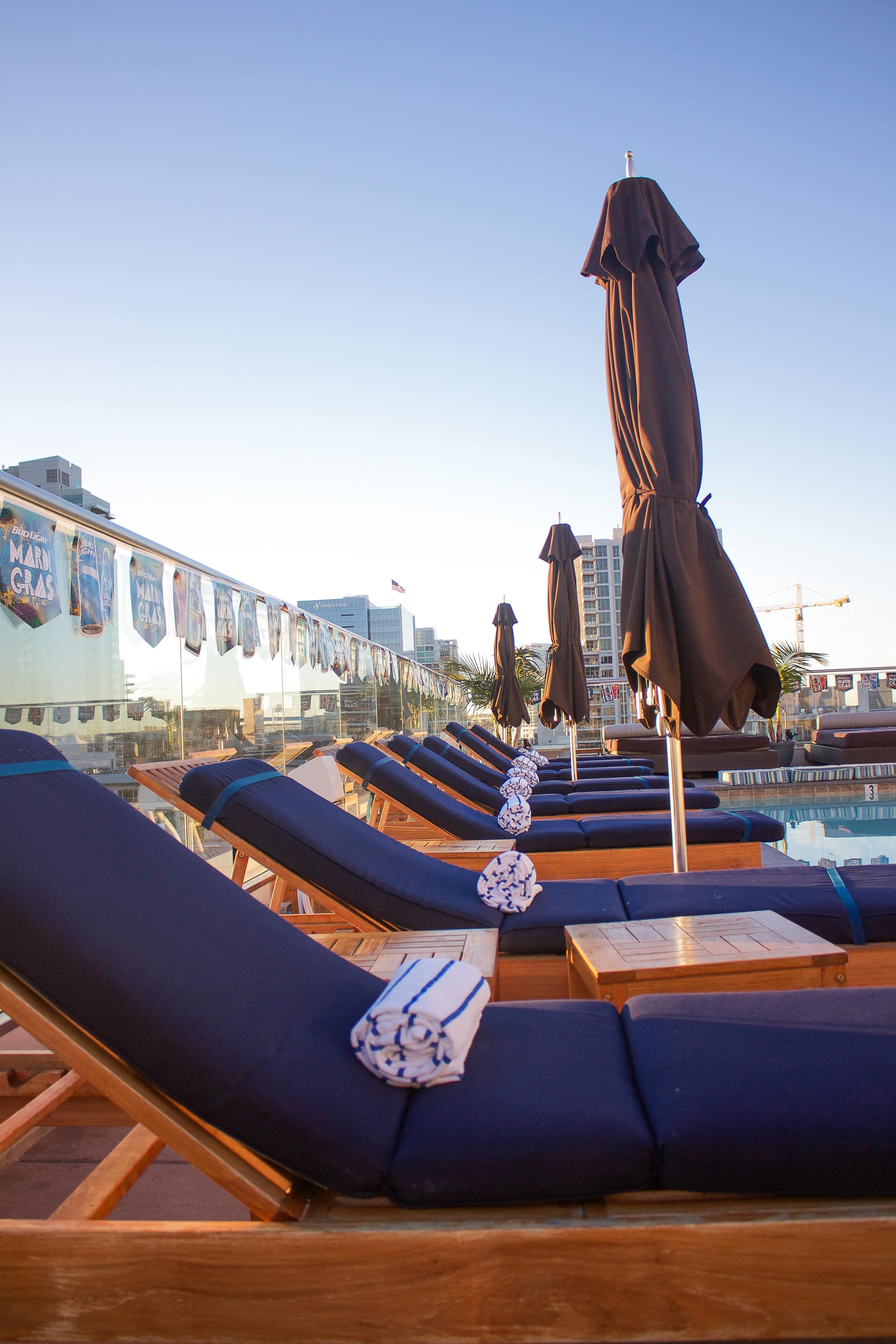 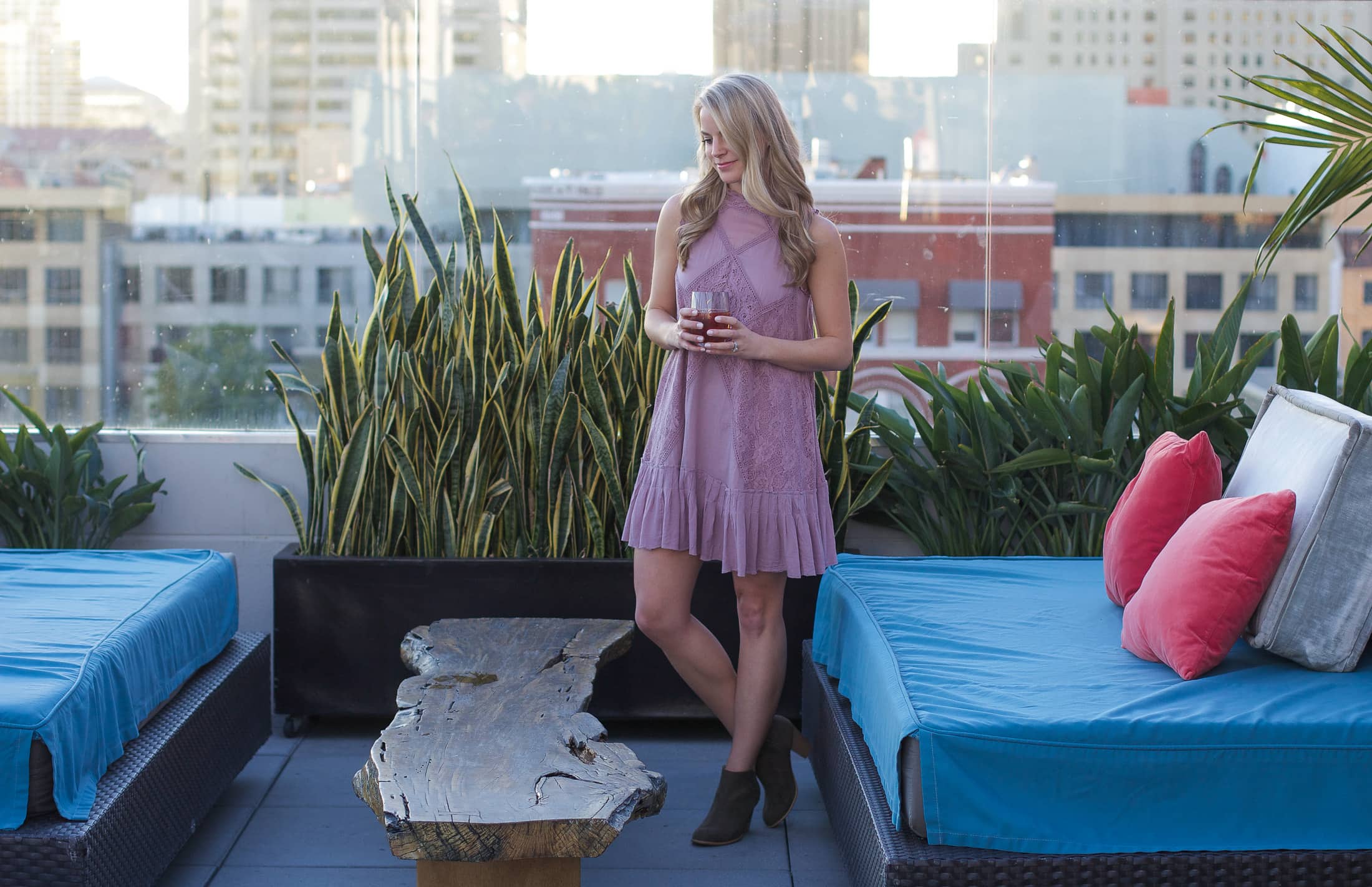 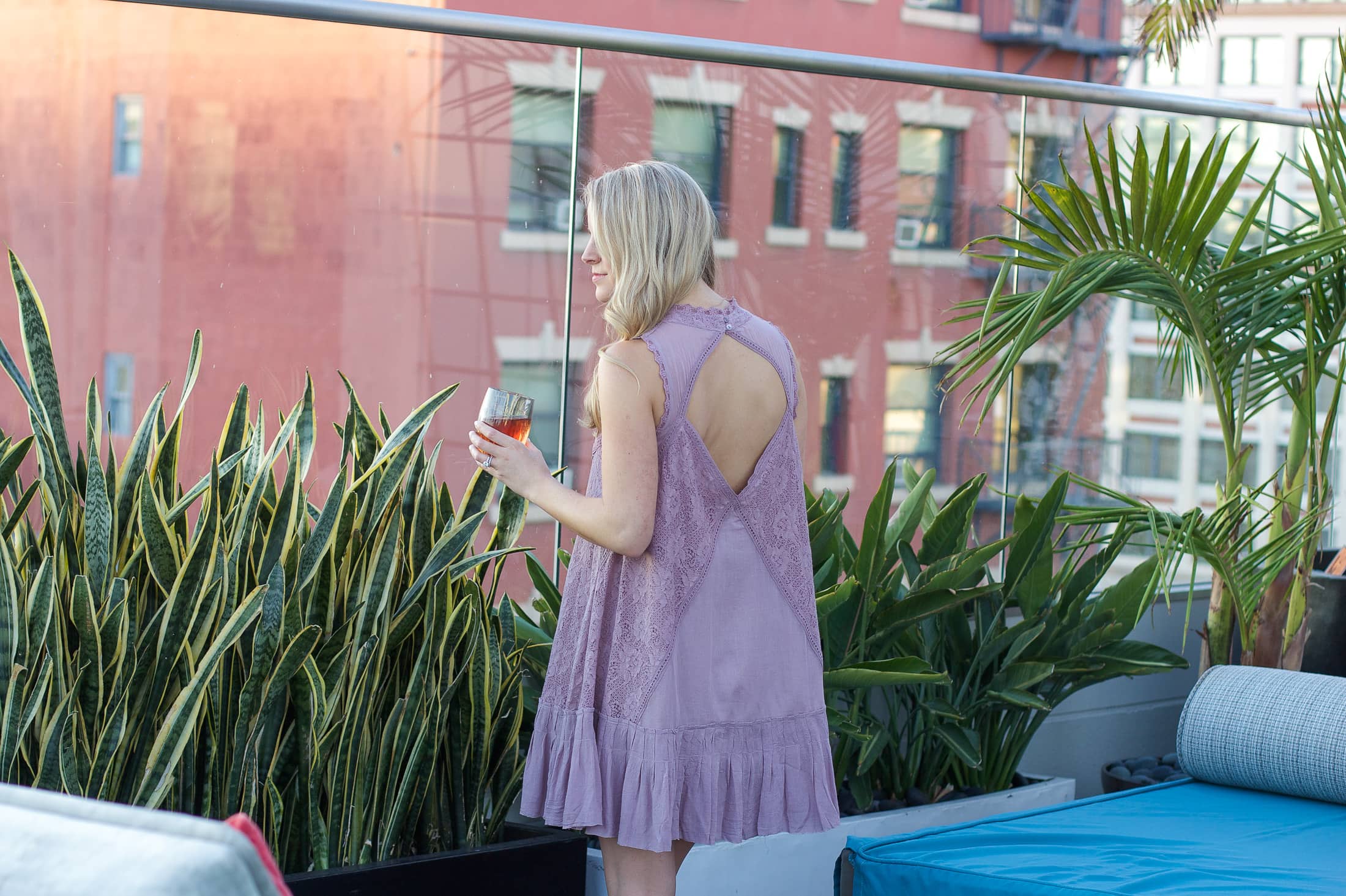 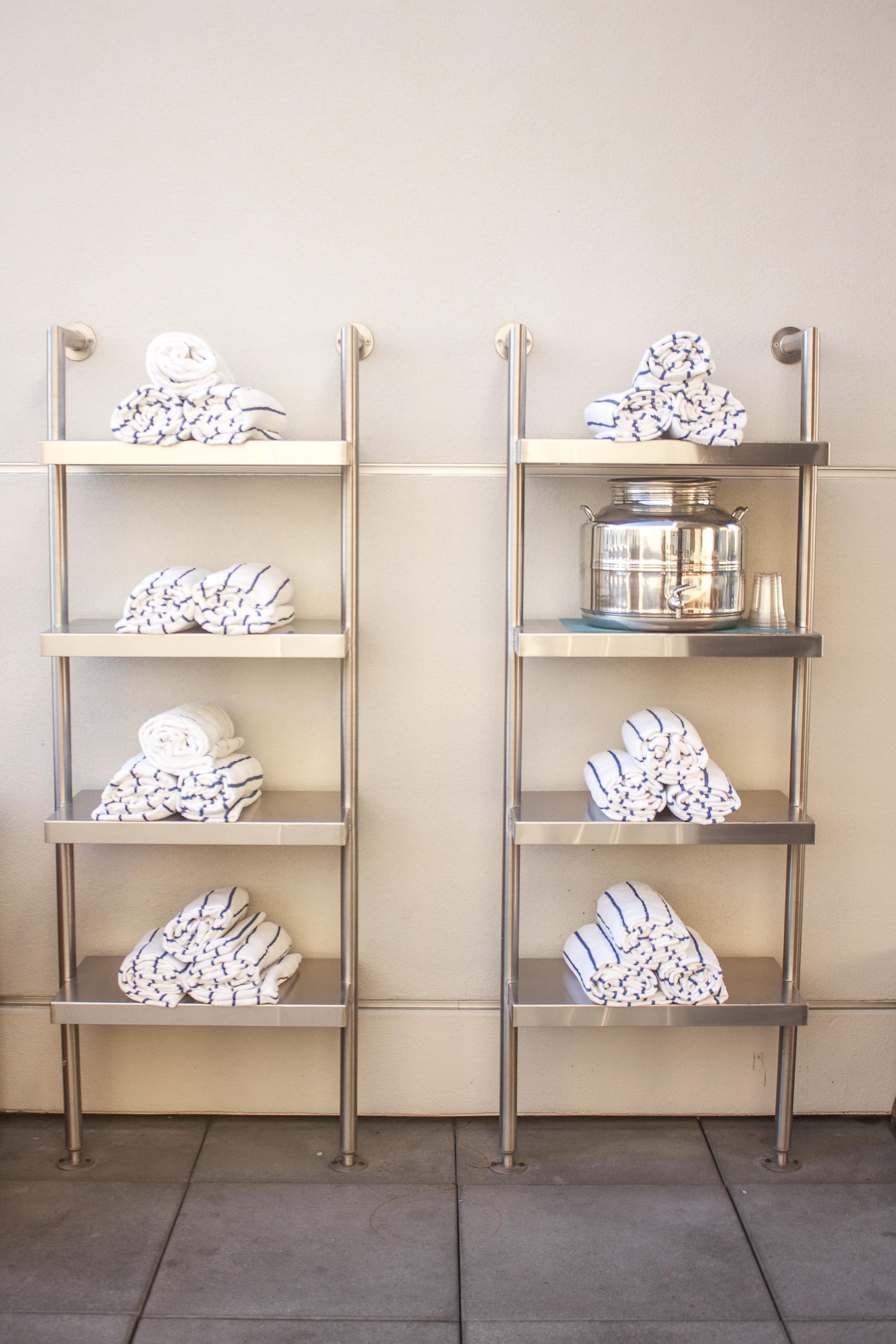 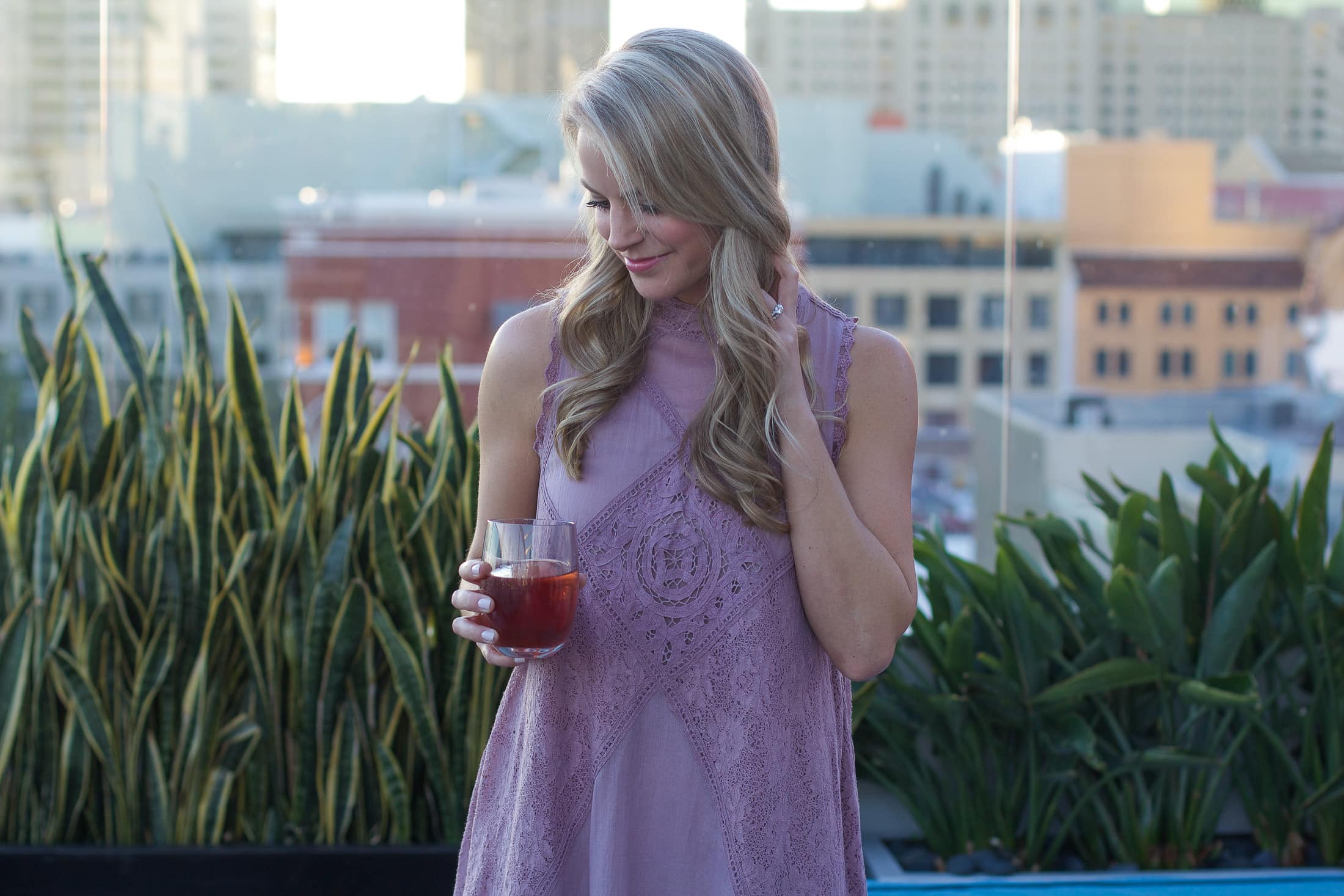 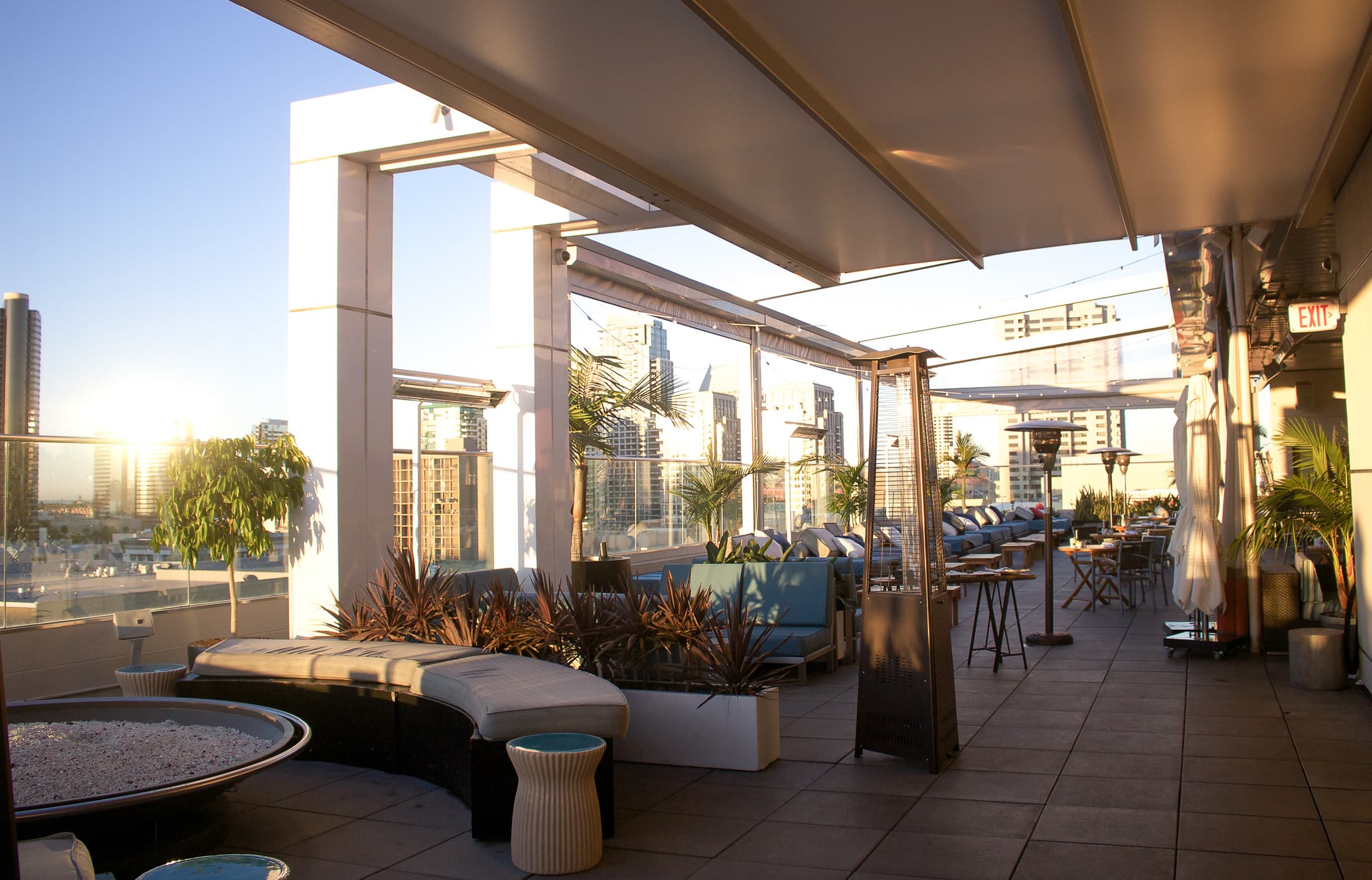 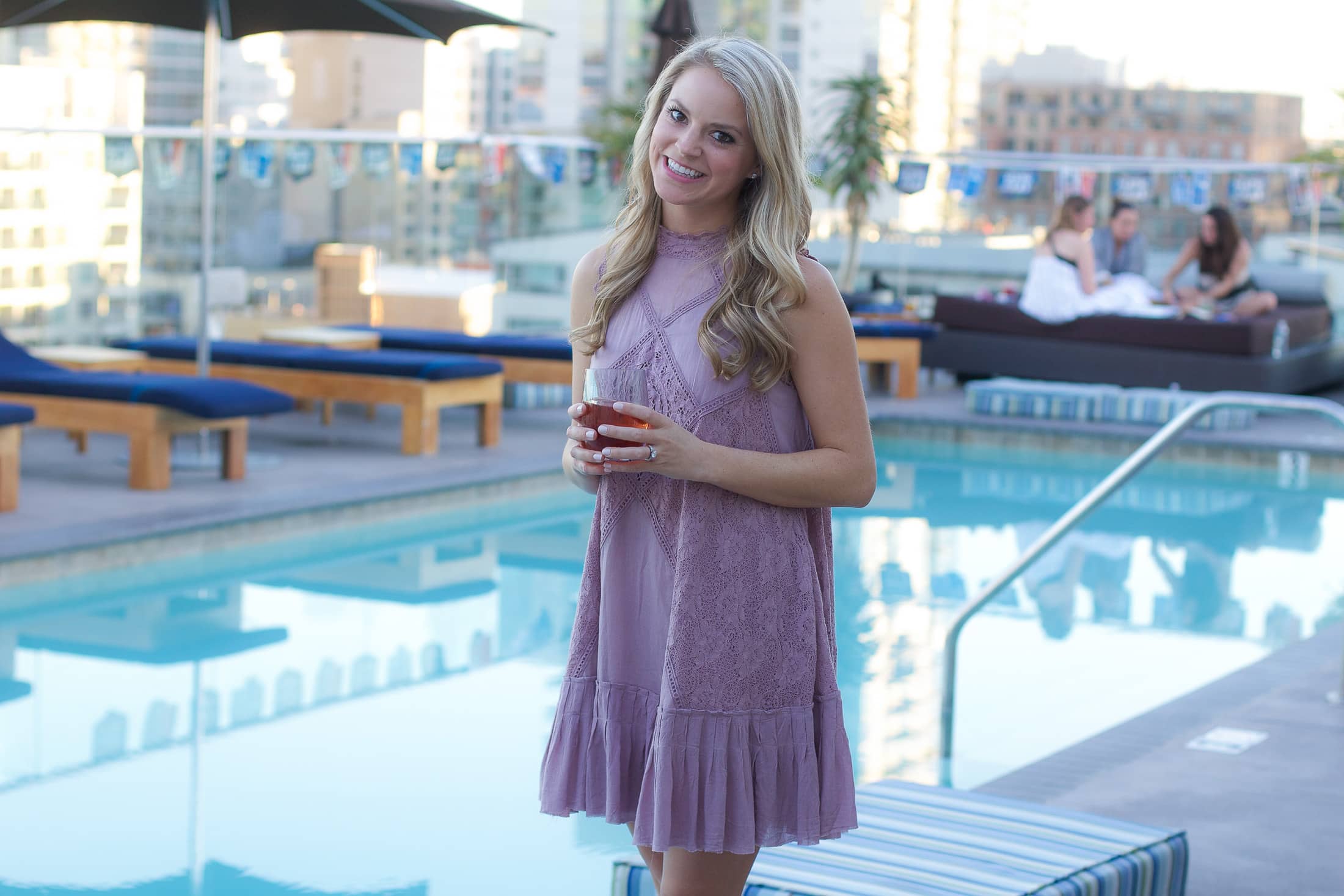 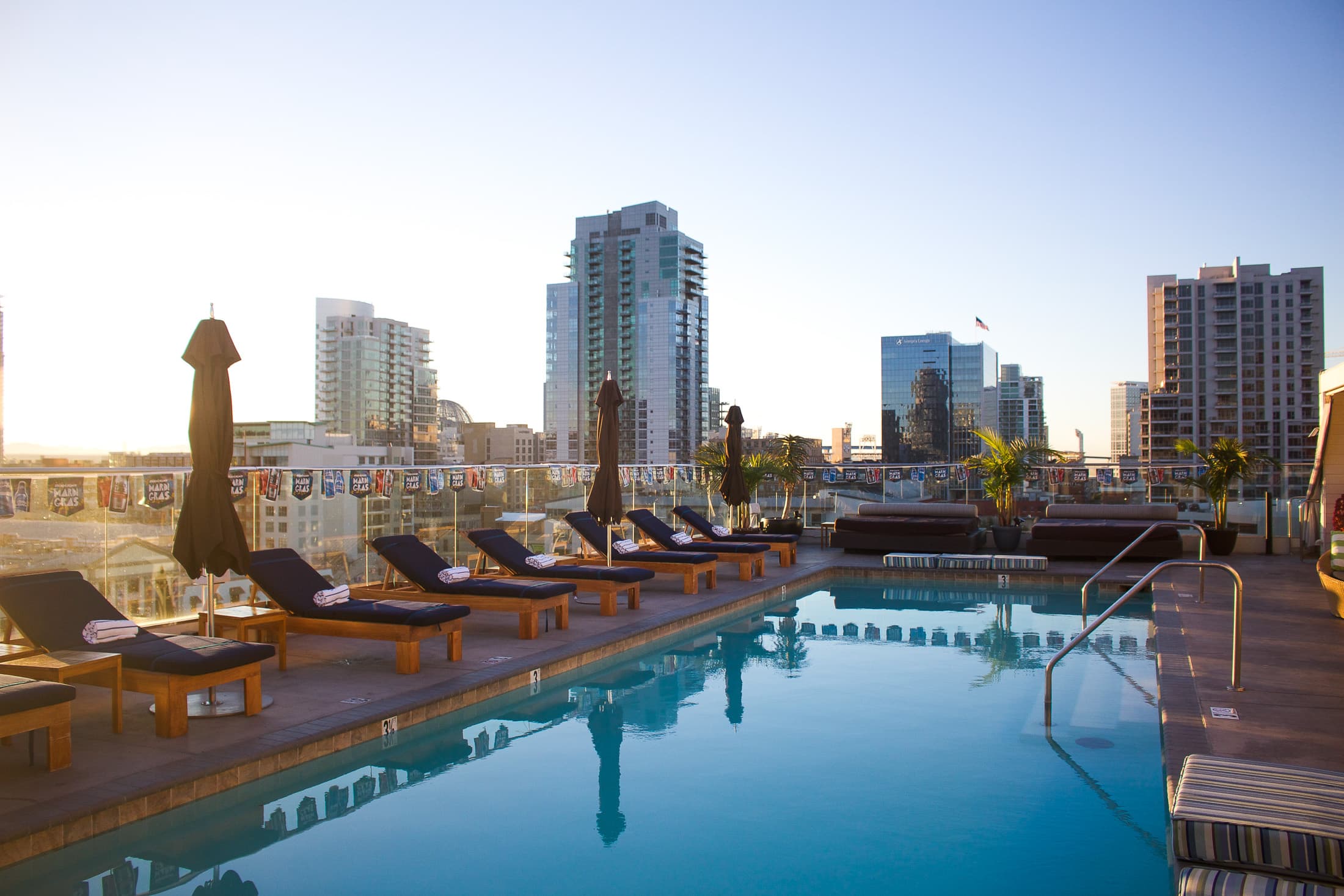 Once the sun set, we made our way to the most delicious Mexican restaurant, La Puerta for a margarita and snack to hold us over until dinner much later. We had our fair share of Mexican while here (often twice a day…so good), but these tacos were some of our favorites. We actually even went back here for a bite before heading to the airport, it was that good. 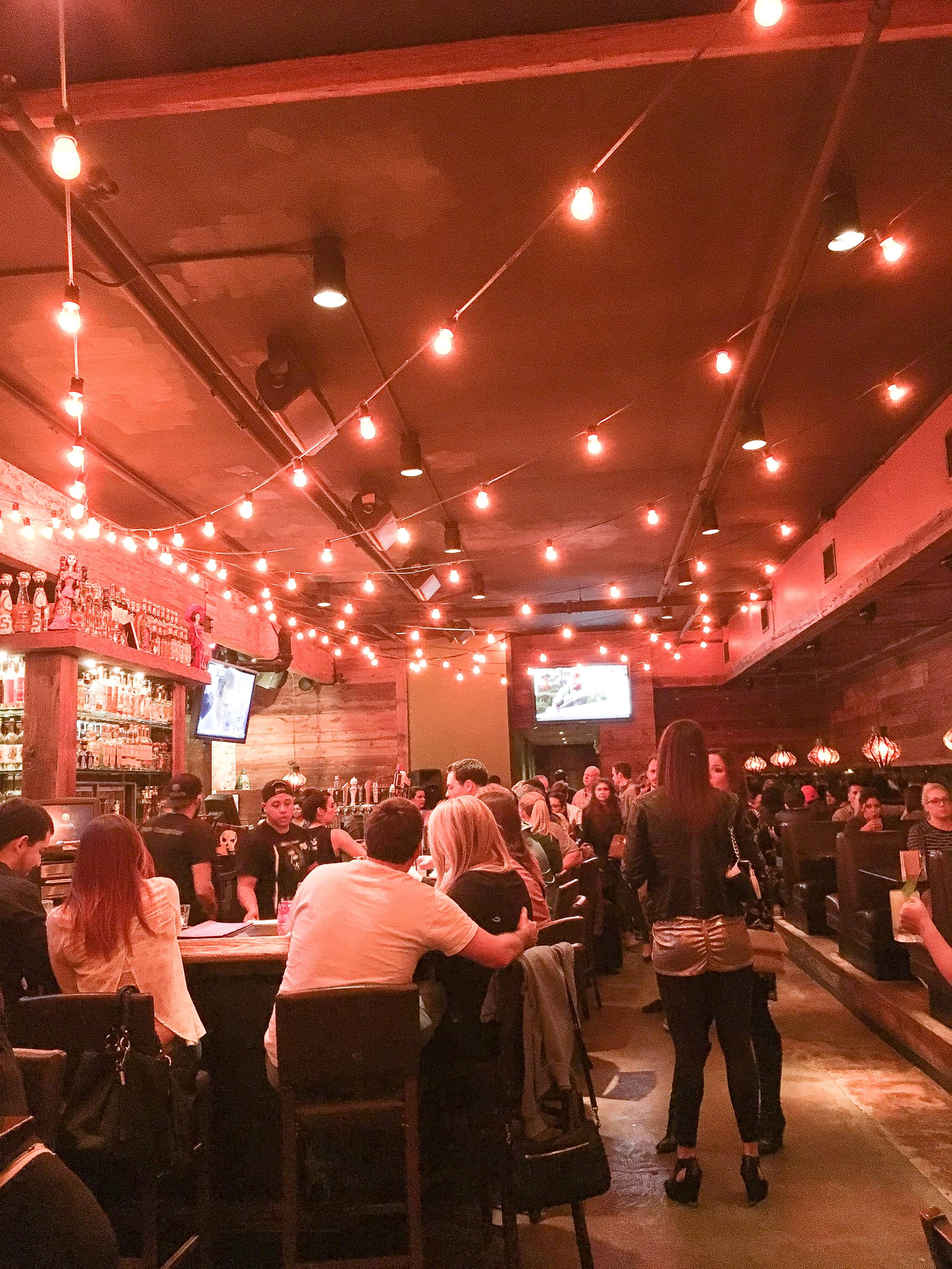 For dinner, we ventured over to Little Italy and dined at Juniper and Ivy. Matt and I love Top Chef and thought it would be fun to check out two different restaurants that two of the contestants own in San Diego (the other one we tried is Seersucker, AMAZING!). The interior decor was on point in both places, such unique light fixtures and design layout. 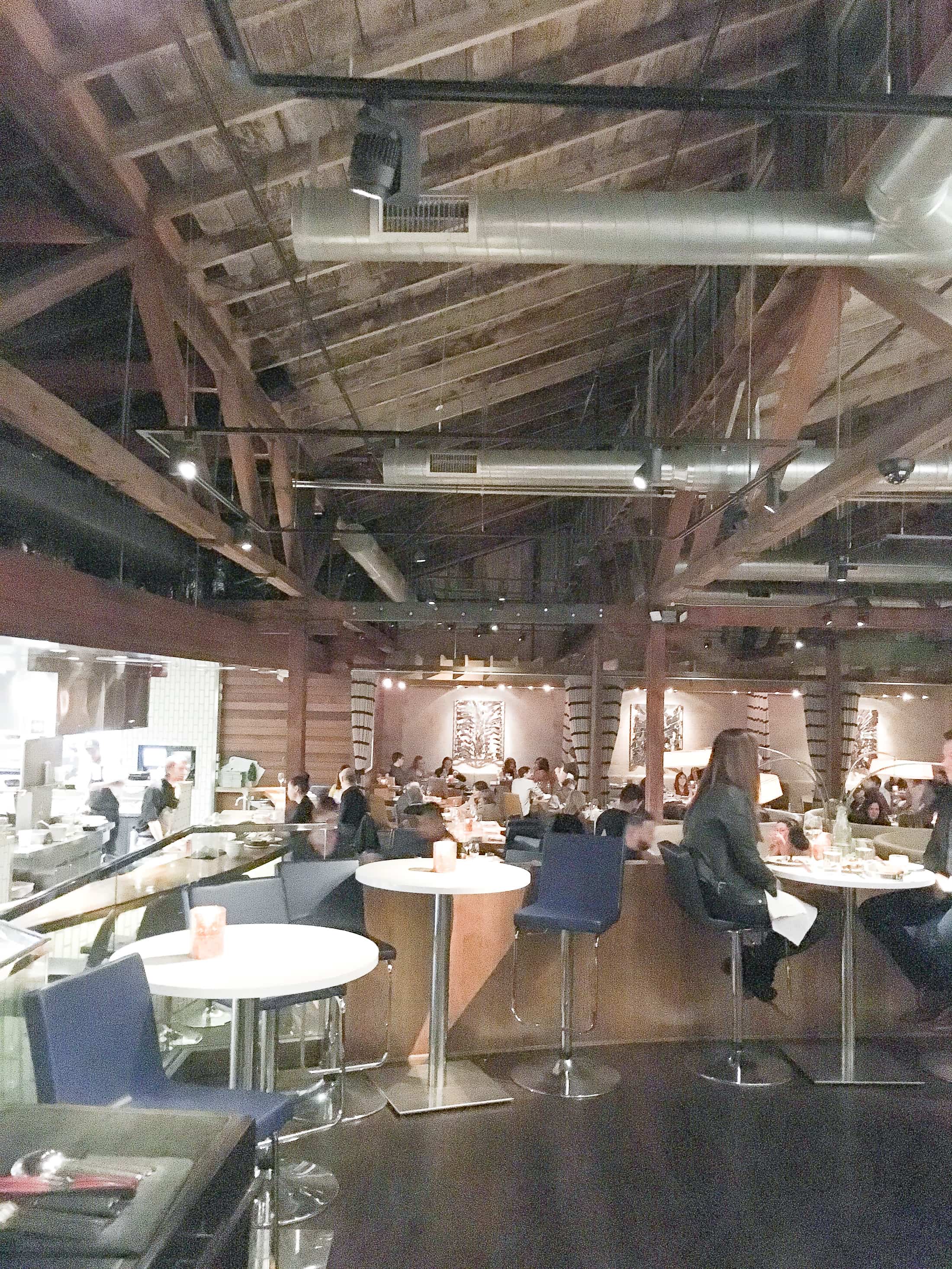 The following morning we got up early and headed to Balboa Park. We were told it was bigger than Central Park and it had such beautiful gardens and landscapes. 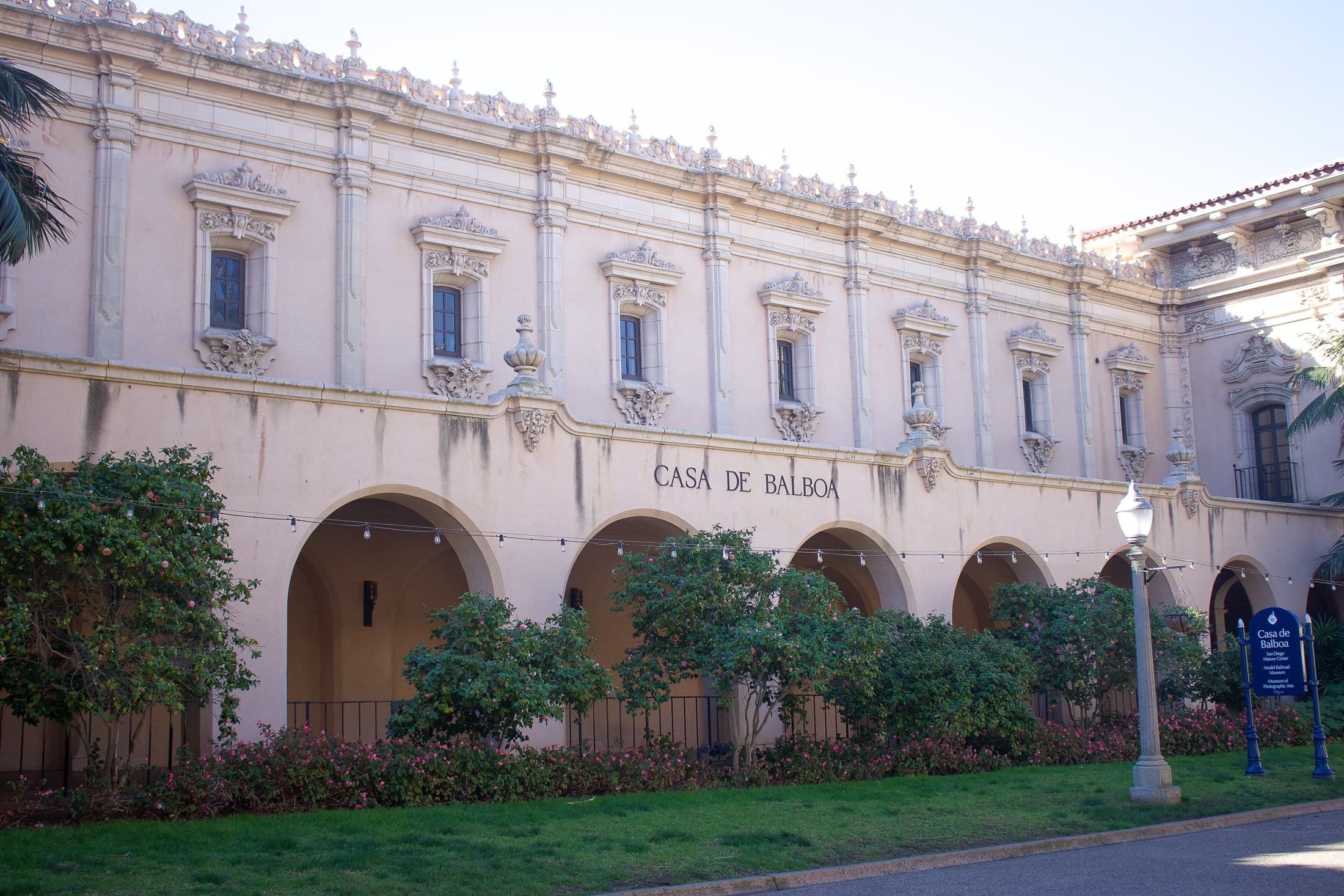 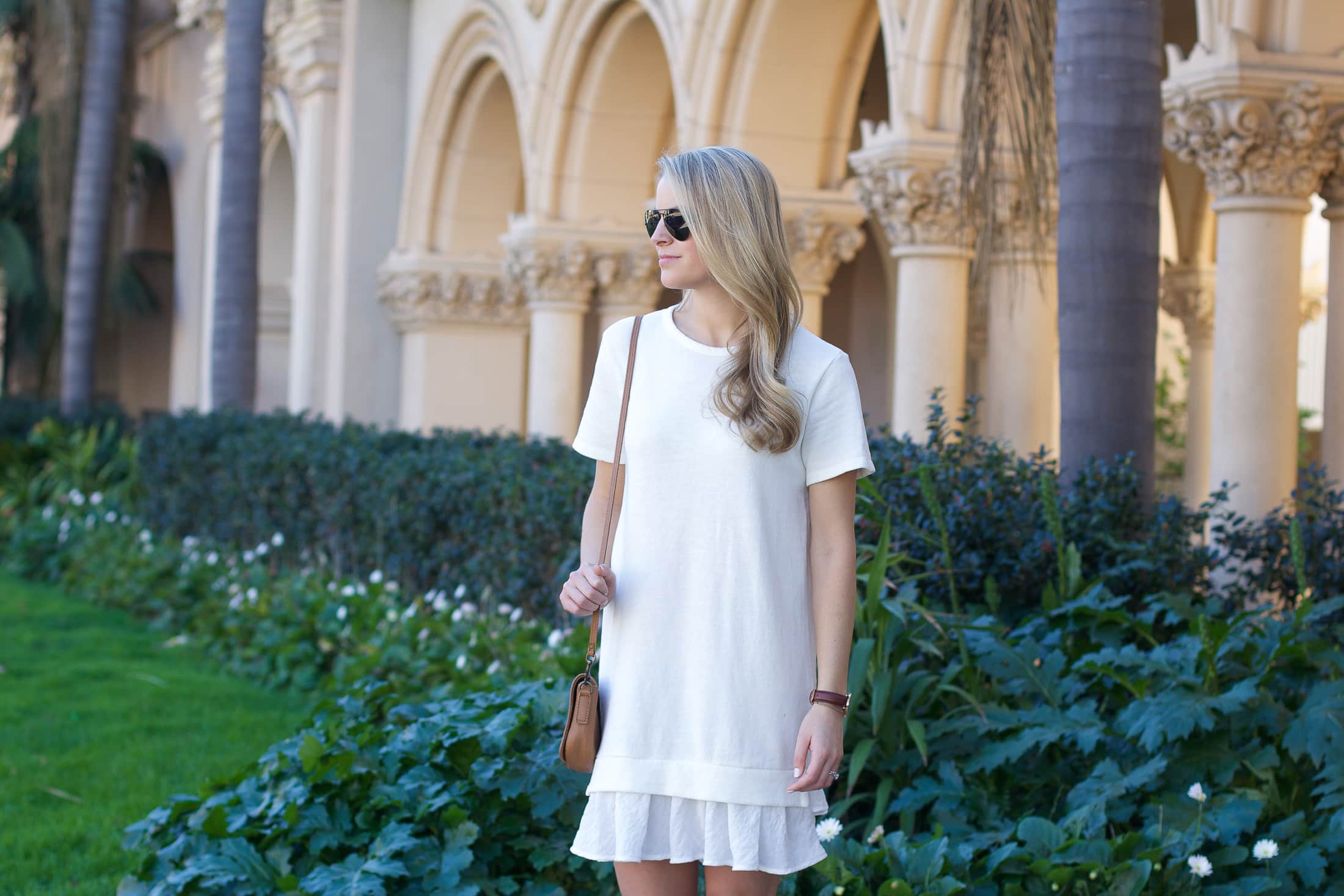 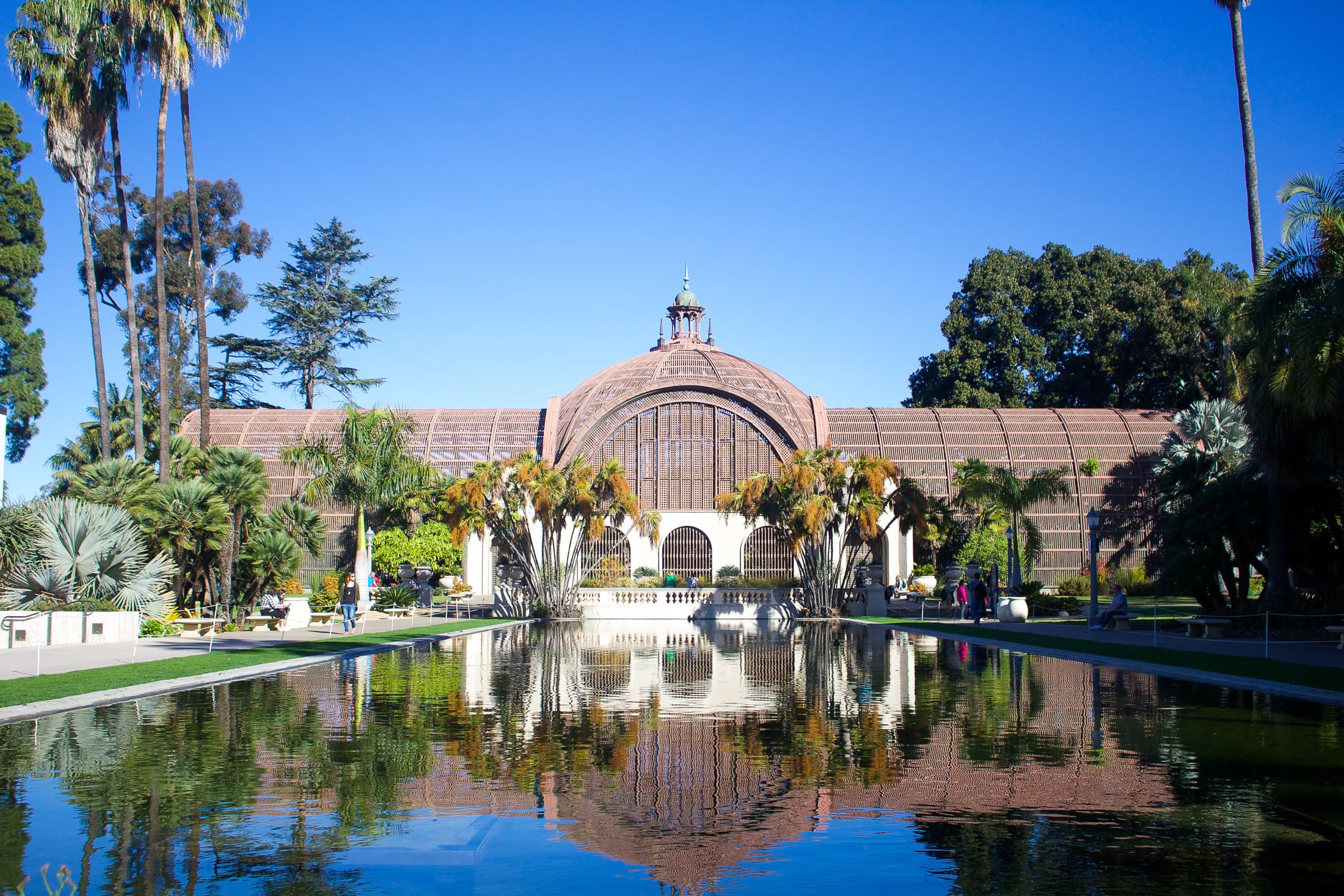 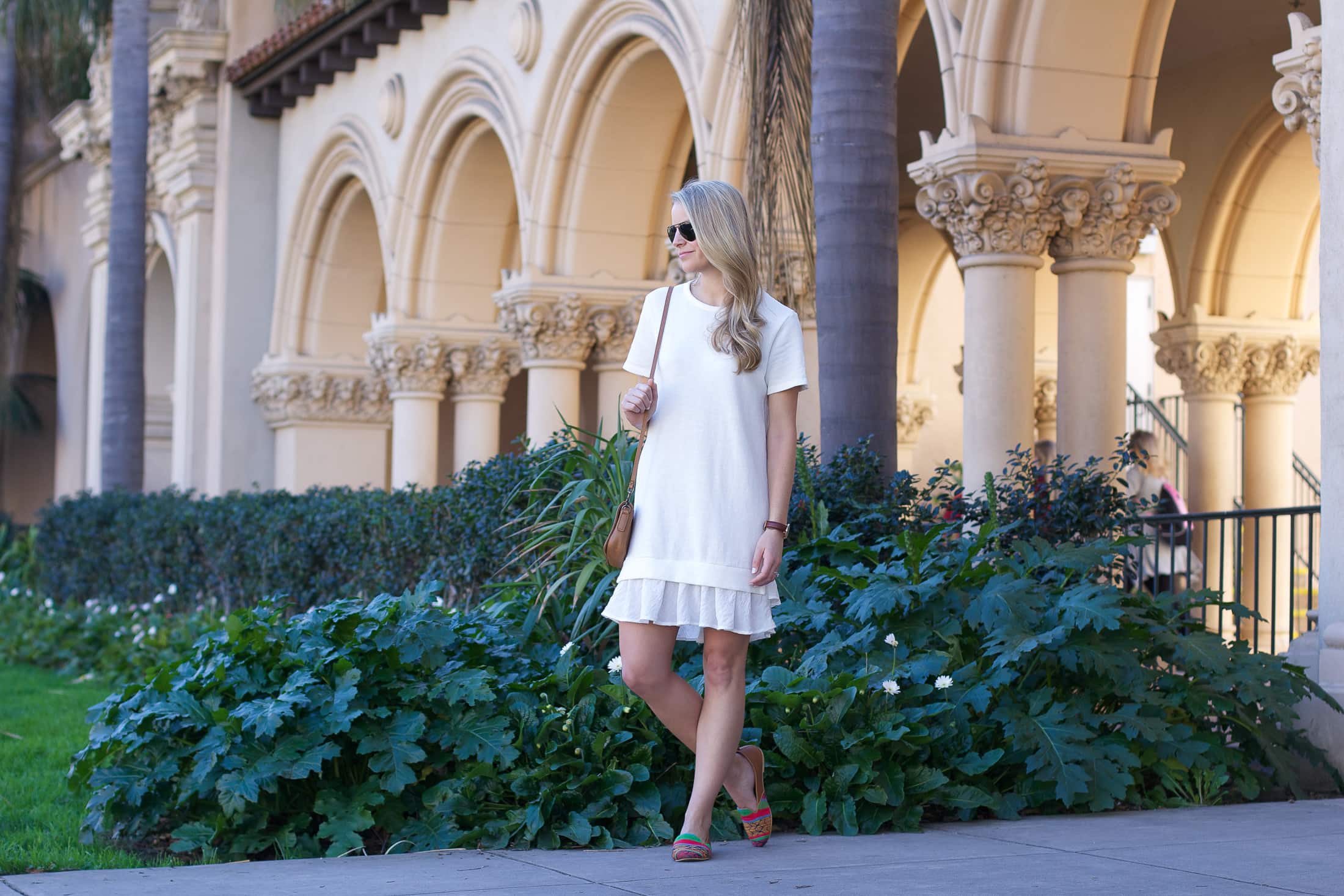 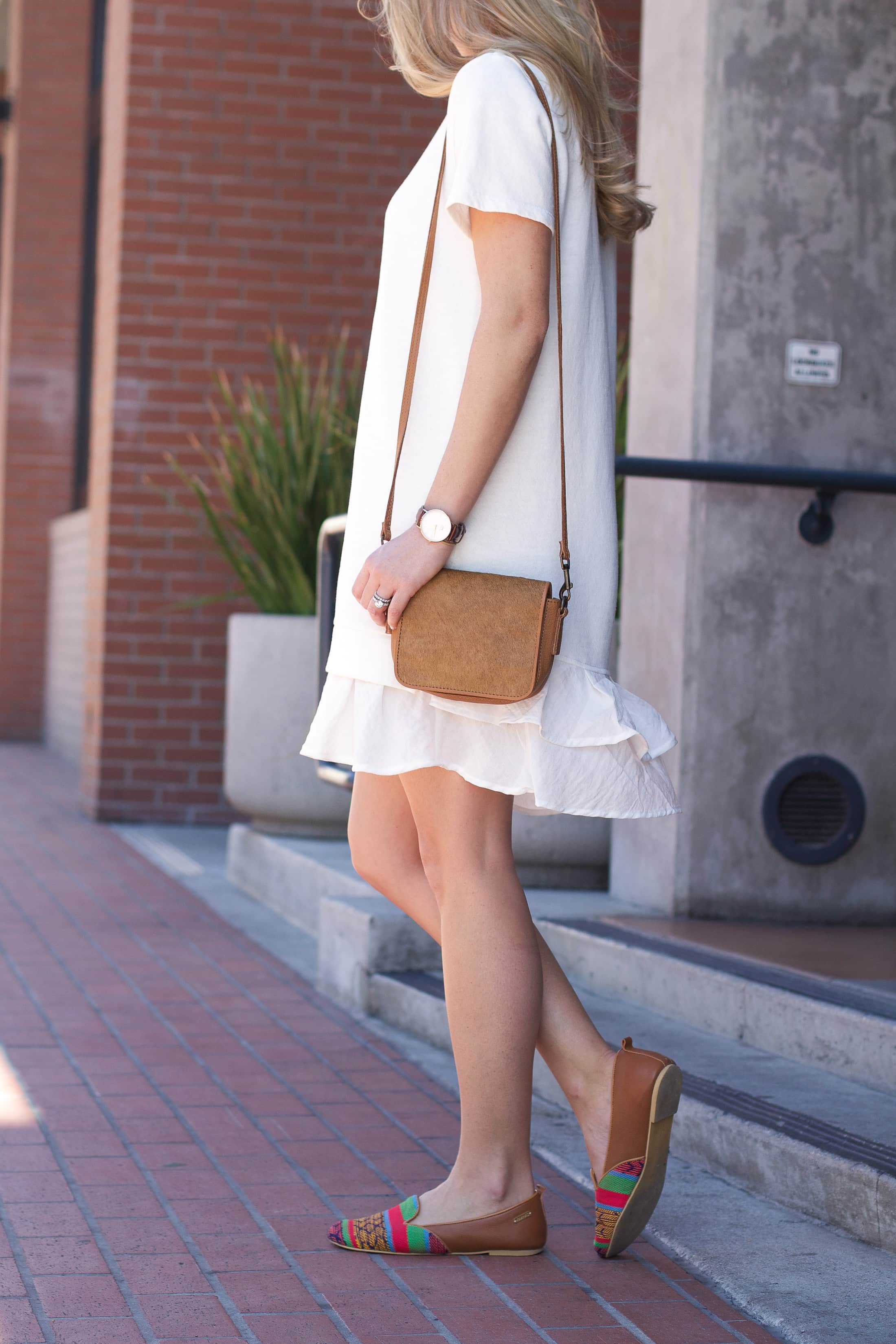 After walking around the park we headed down to Seaport Village, where we had an awesome brunch at the Edgewater Grill. We just stumbled on this place, but it was really tasty! The shopping in the Seaport Village was underwhelming – mainly just touristy shops, with not a great selection. But it was such a beautiful day though that it was glorious just to stroll around outside! 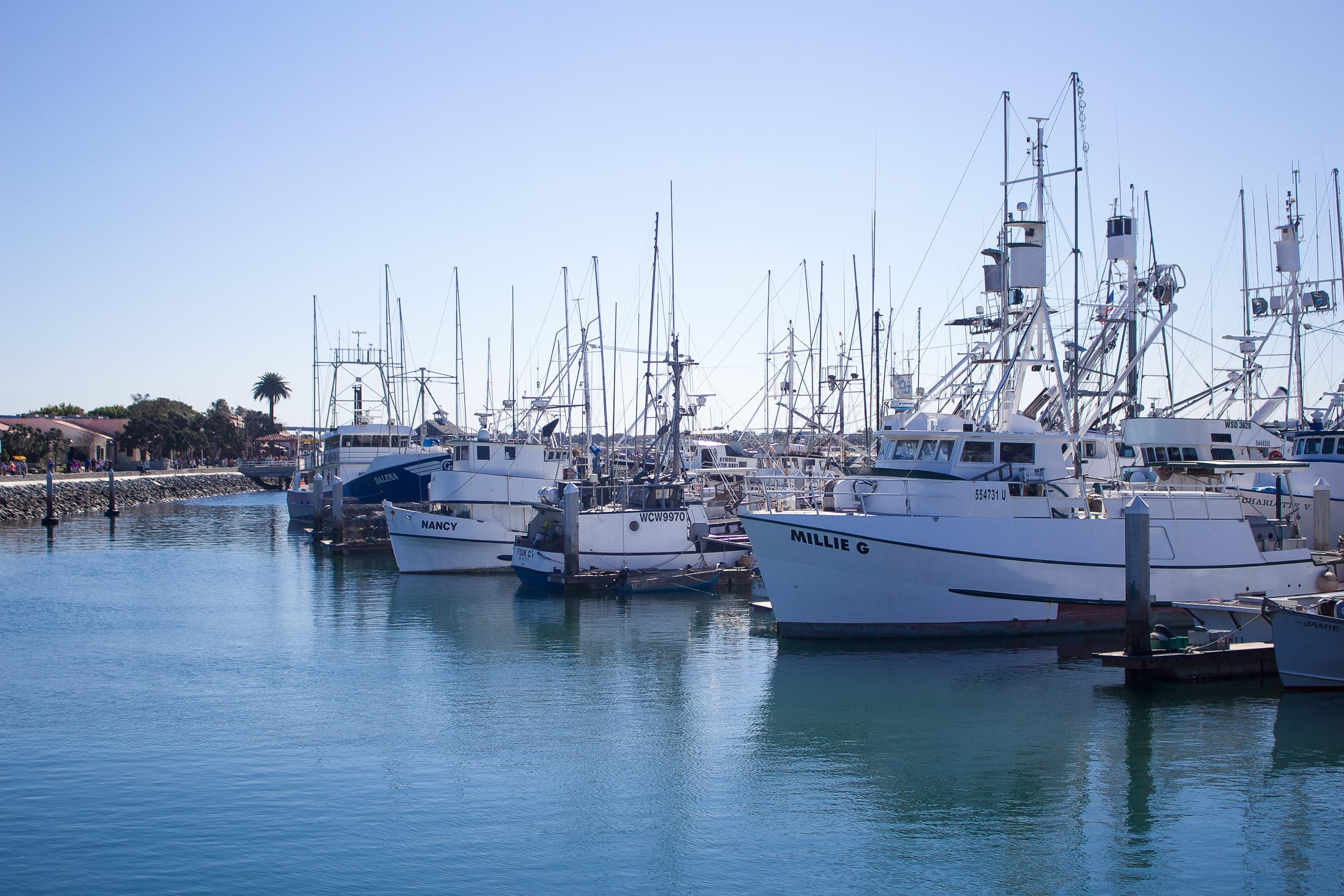 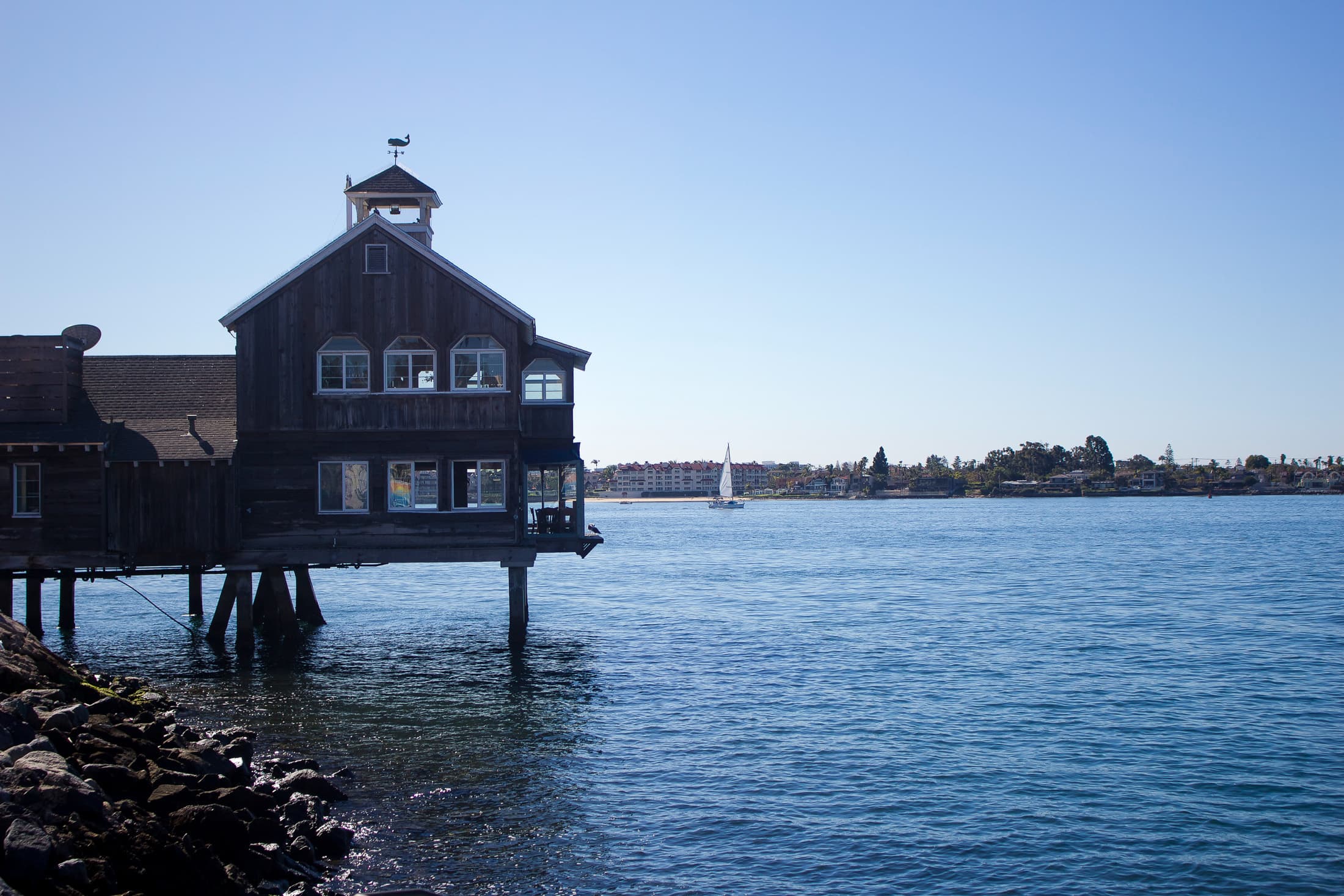