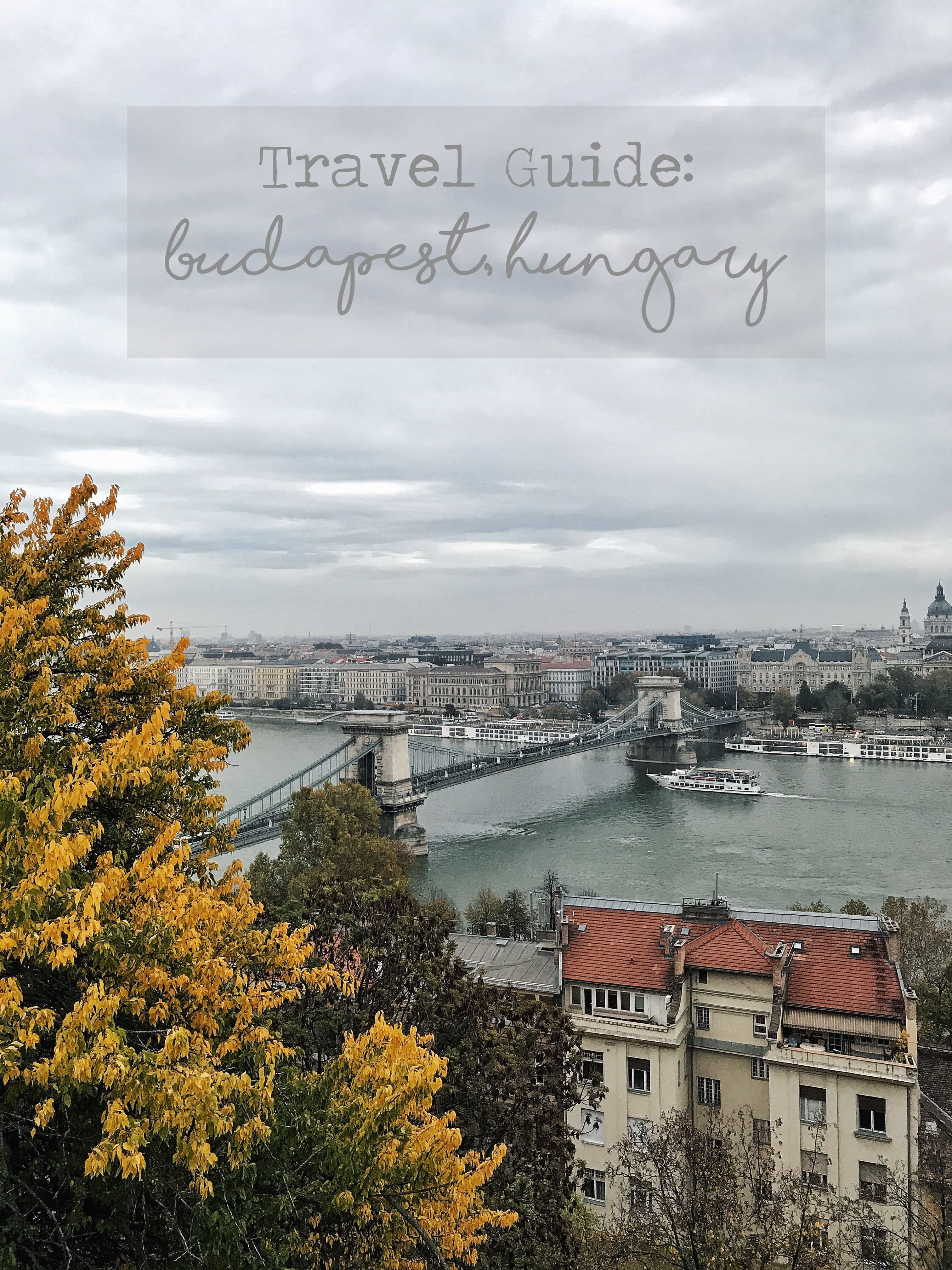 I’m excited to share a series of posts about my recent trip to Europe where I traveled to Budapest, Prague and Vienna! Matt and I decided to take a trip over our anniversary and explore a few cities that have been on our must-see list and check out Eastern Europe for the first time.

Our first destination was Budapest and after a 8 hour red-eye flight from NYC to Warsaw (there are no direct flights) and then a quick 1 hour flight to Budapest, we had arrived! My brother-in-law Mike (Matt’s twin brother) had been in Paris for work and planned to meet us in Budapest and check out the city together. It was the perfect way to spend time together and check out a new destination.

Since it was the three of us, we thought it would be fun to rent an AirBNB instead of getting hotel rooms. Whenever traveling in a group (pretty much anything beyond Matt and I), I prefer going this route. We found the most charming rental right in the heart of the city and on the top floor so the skylights let the sun pour in. It was a great spot to call home for the next three days. I also learned that Budapest was broken up into two cities on each side of the Danube river, one side is called “Buda” and the other “Pest.” Our spot was on the “Pest” side, very close to the famous opera house and in an ideal location for  access to good restaurants, shopping, and lots of the main sites. 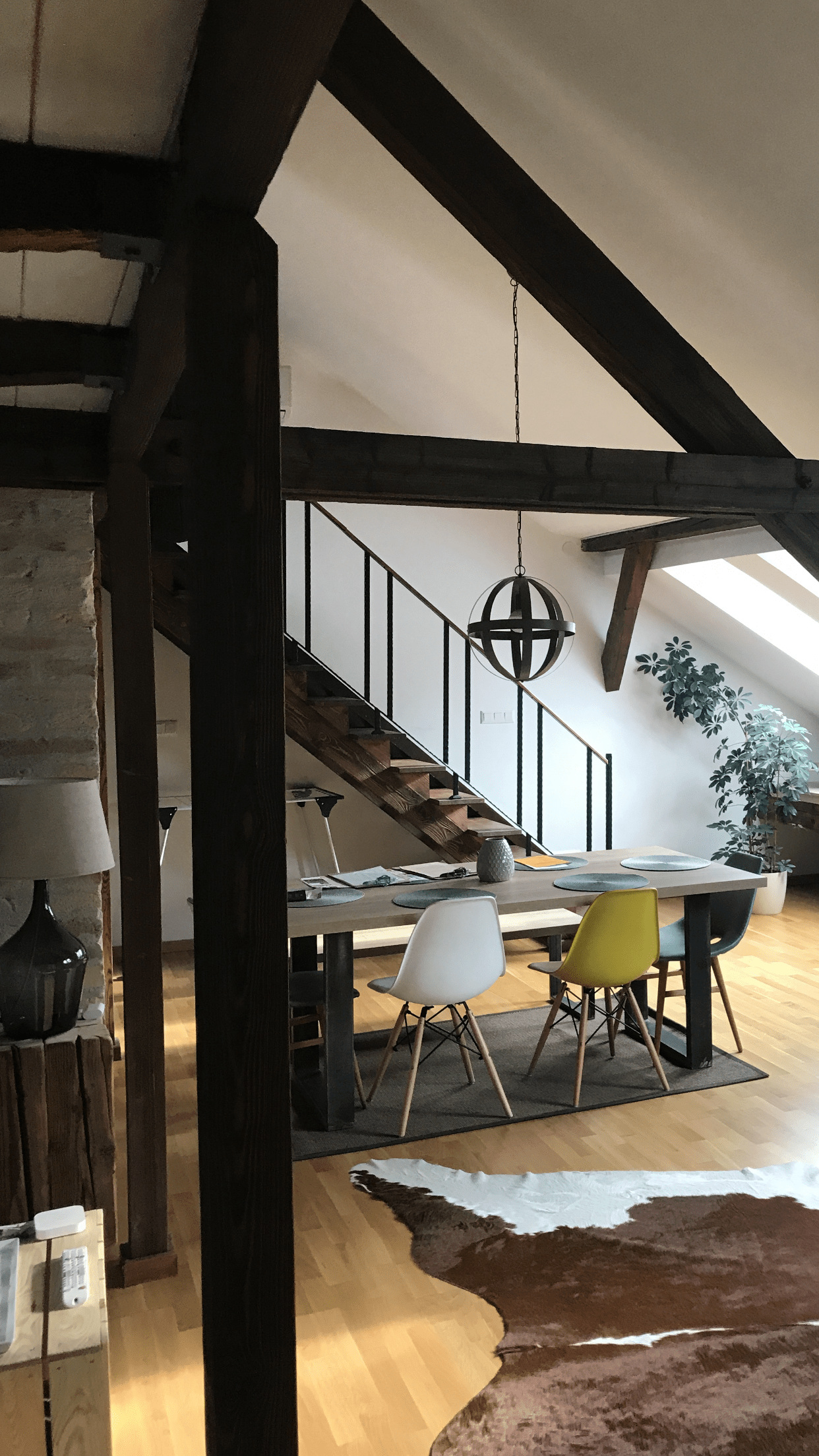 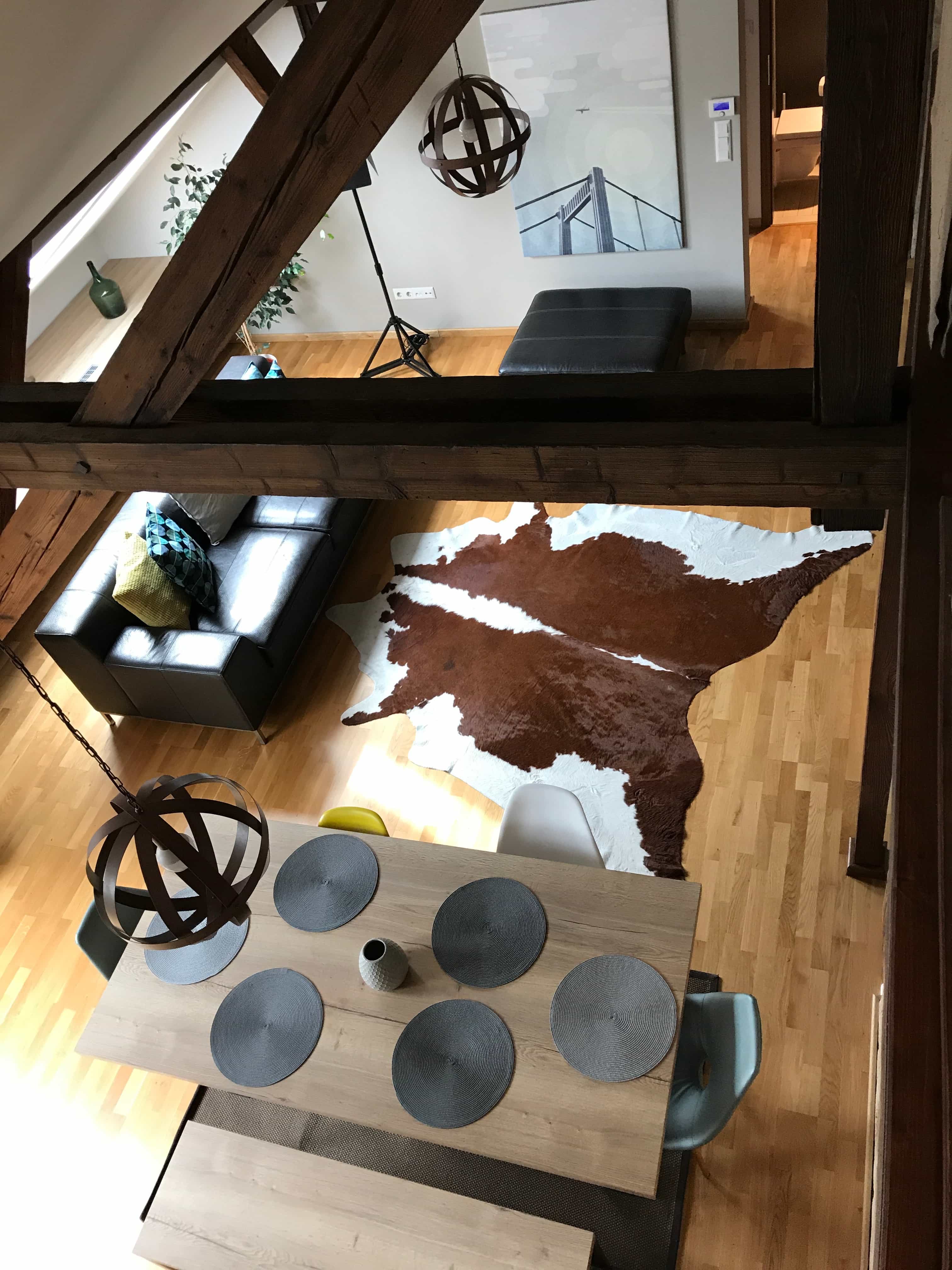 Since Matt and my flight was overnight we arrived to Budapest around noon. We knew we all wanted to make the most of this day as the forecast had shown it would likely be the nicest of the three days. After fueling up at a local coffee shop, we hit the streets.

It was picturesque fall weather, perfect for roaming around. We made our way through a few tree lined parks and over to the Parliament building. The grounds were fairly large so it never felt too crowded. I enjoyed snapping photos of the guards who stood outside, but the real photo opt was the beautiful Parliament itself.

Afterwards, we headed to the Chain bridge and crossed over to the other side. The views from the bridge are not to be missed, definitely take the time to walk over (about a 10-15 minute walk) and take in the surroundings. At this point, we all started to get hungry and on our walk up to the Matthias Church we stumbled upon the most charming (and authentic) lunch spot, Hundyadi Etterem (literally the owner was so nice and provided us a great introduction to the local cuisine). Both the boys were pretty pumped about the food in Budapest because they are known for meat heavy dishes. While I was nervous at what I would eat since I rarely eat meat (and to be honest I struggled at times), I decided to give some authentic dishes a try and was pleasantly surprised with the flavors and overall taste! The dumplings were definitely my personal fav!

Following lunch and after checking out the Matthias church and Fisherman’s Basin (which offers amazing city views), we walked a minute or two to grab another cappuccino at Ruszwurm, the oldest cafe in Budapest! The line poured out the door, but the cakes inside alone made it worth the wait. From there we took a scenic path along the water and made our way down to the Buda Castle. From here we were greeted with the most gorgeous birds eye view of Budapest just as the sun was beginning to set.

After all the walking we did we decided to pay a few dollars and take the tram back down to the bottom. It was a fun way to get down and to be honest at that point my feet needed a rest! After relaxing for a bit at home we headed back out on the down to grab a bite to eat at Spinoza (I personally struggled with finding meat-free options here and got a pretty lame salad) and grabbed a few drinks at a few of the “Ruin Bars“: Szimpla Kert  (recommended by a ton of you, and don’t let the long line intimidate you, it moves vert fast) and Mazel Tov  (my favorite – the coolest restaurant/bar I have been to in awhile). 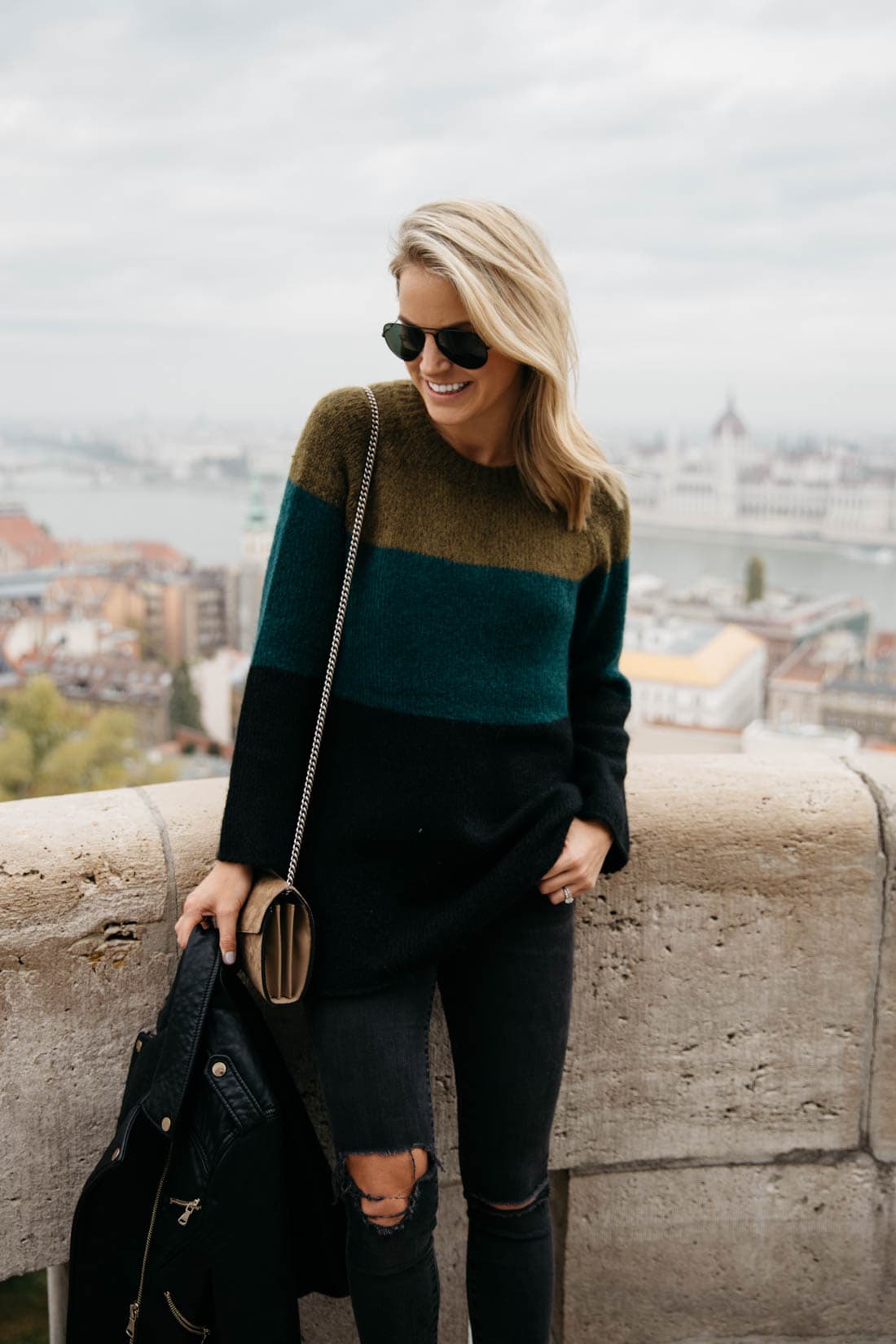 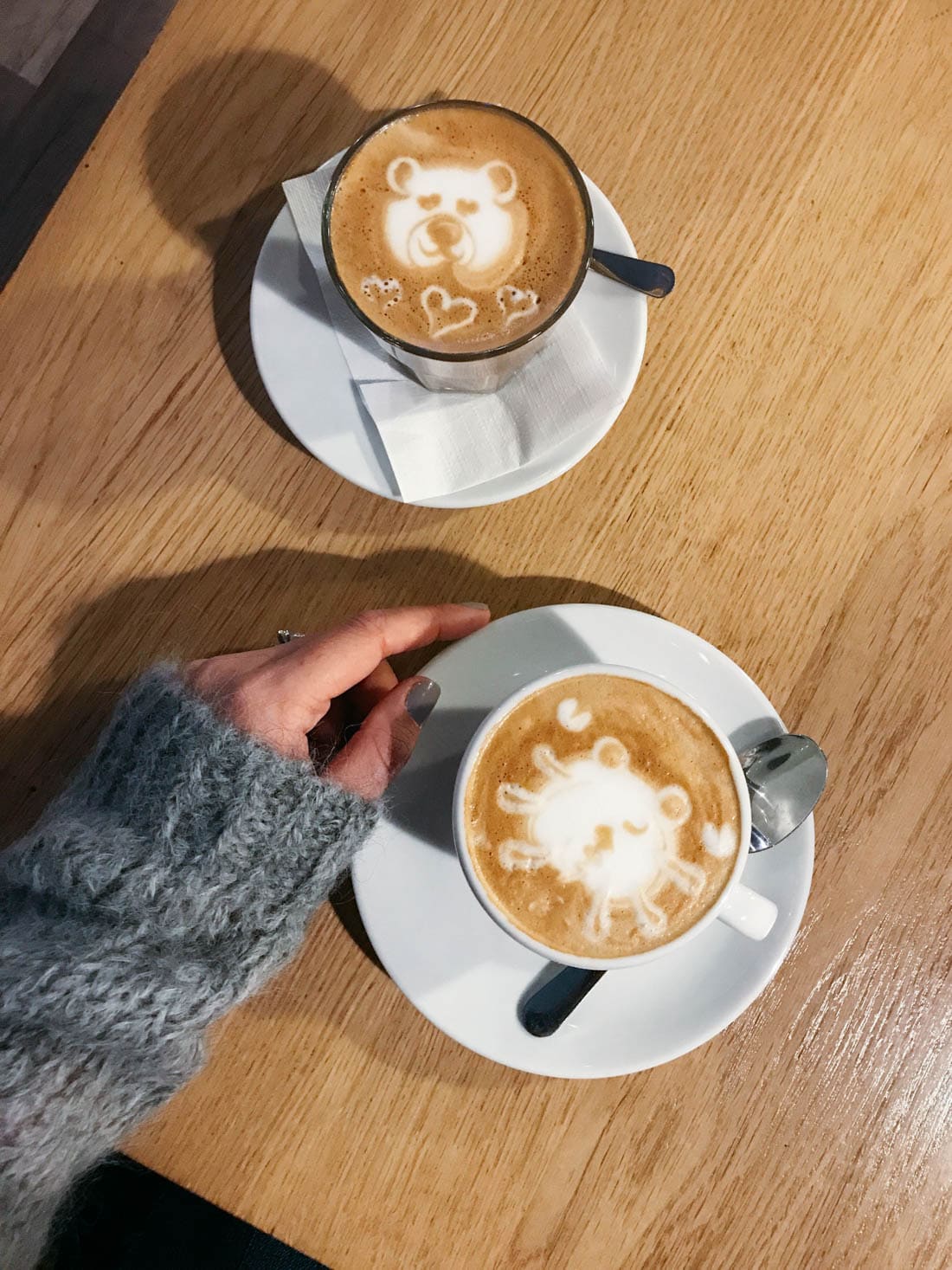 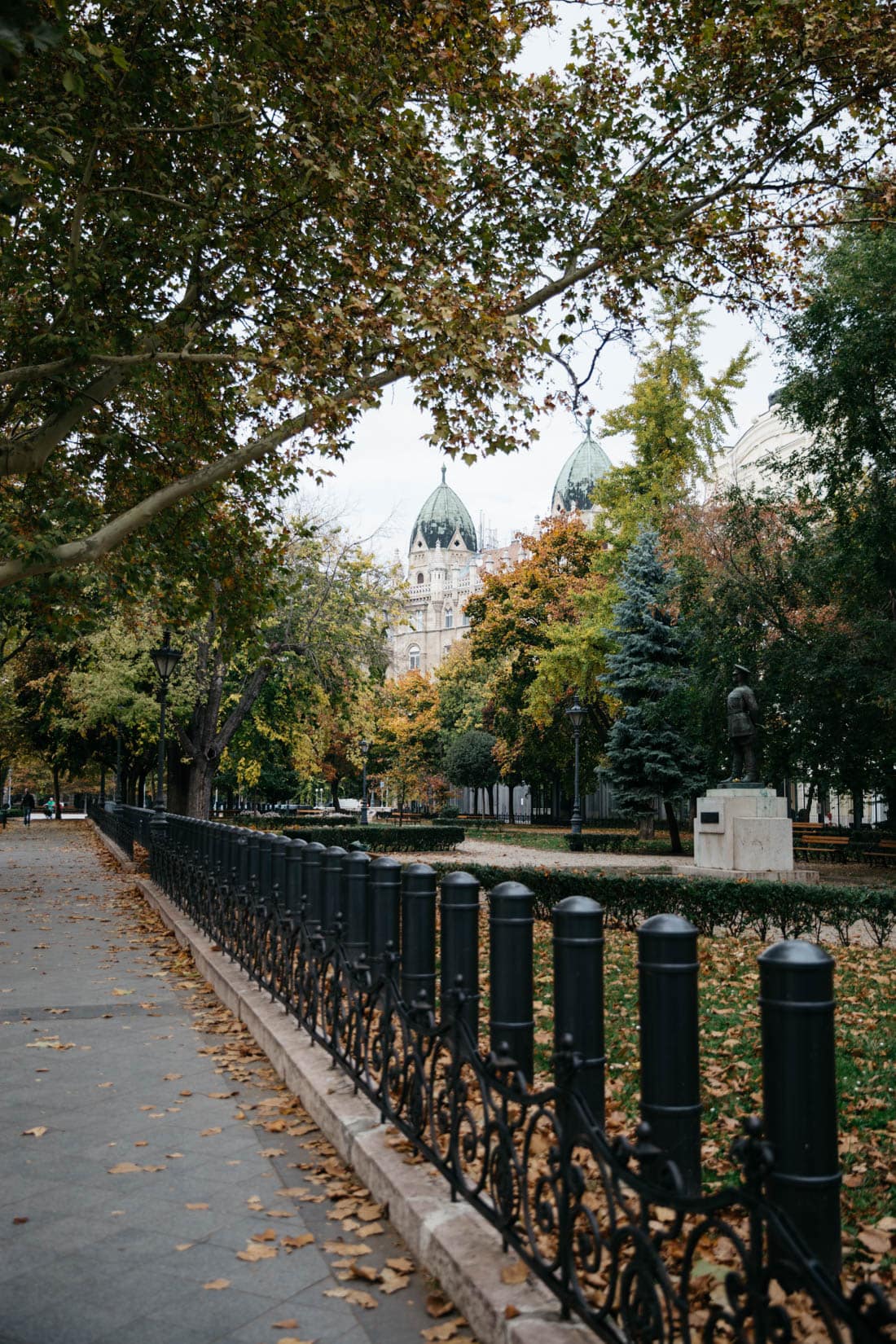 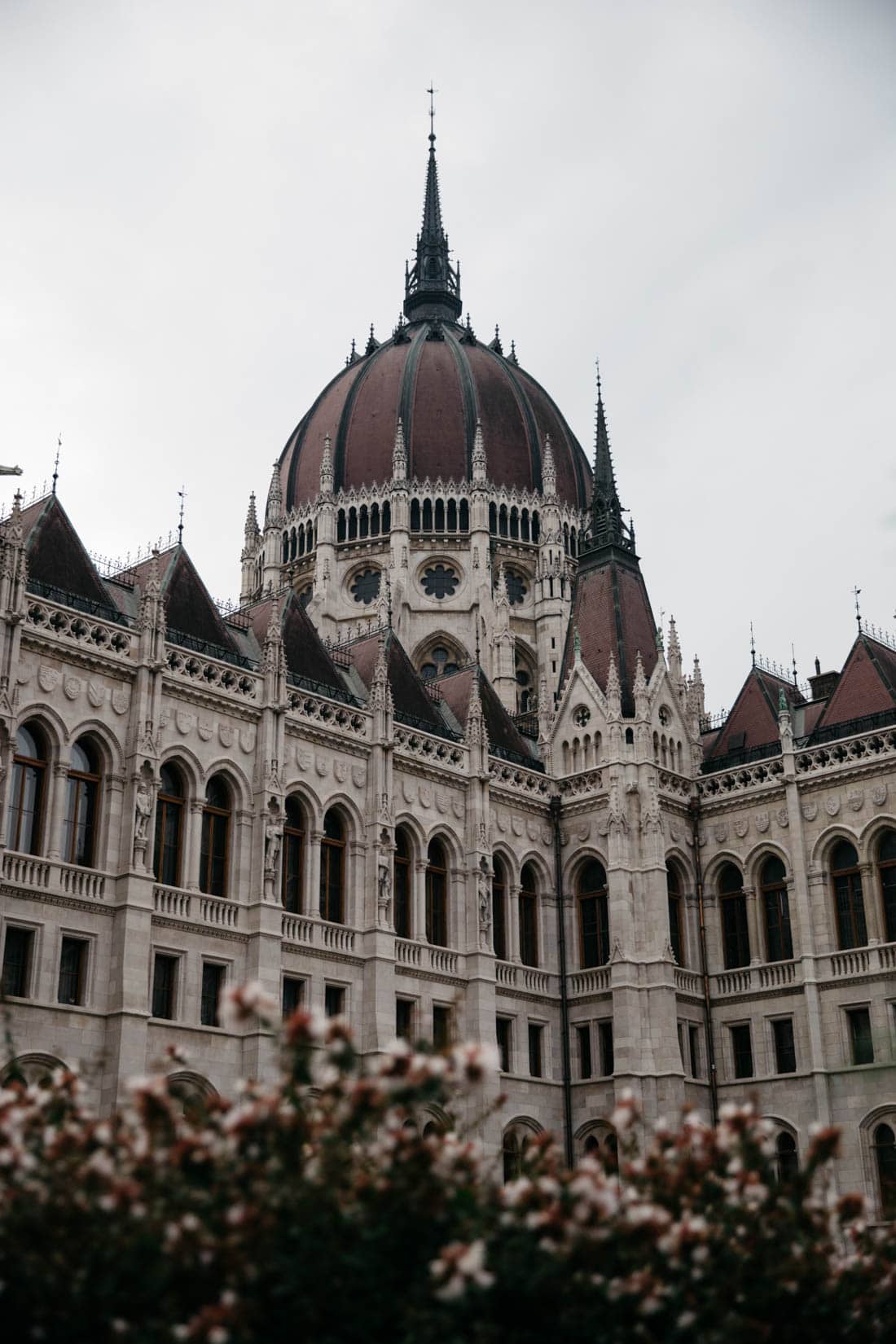 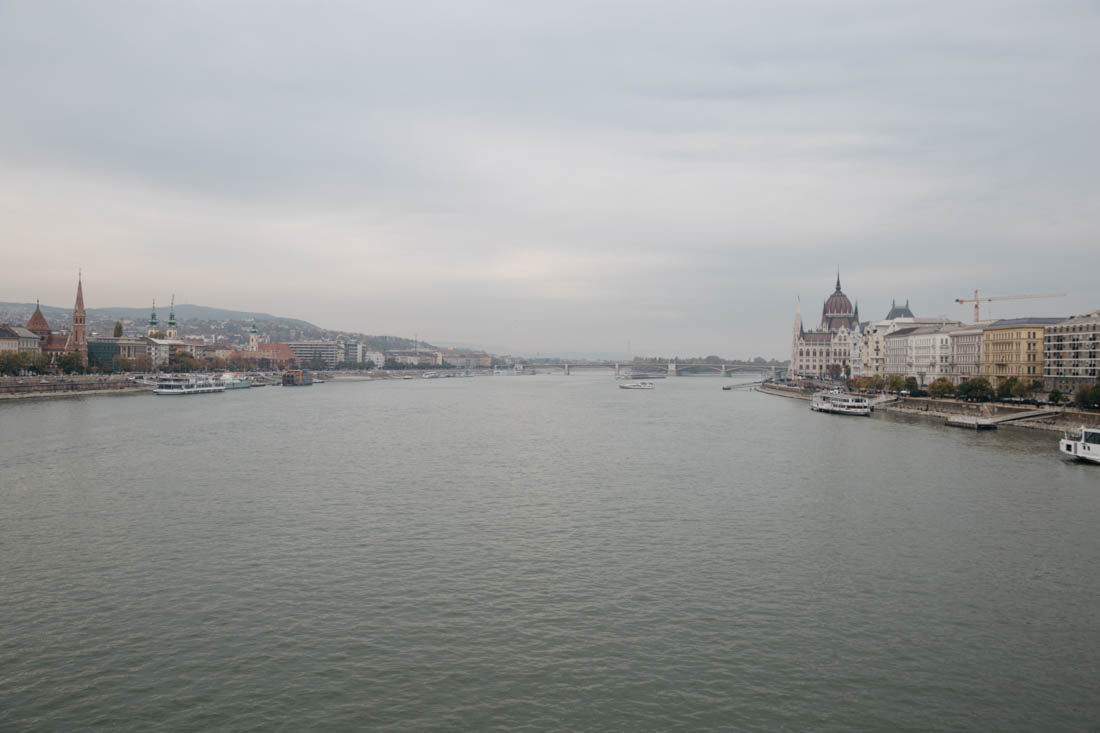 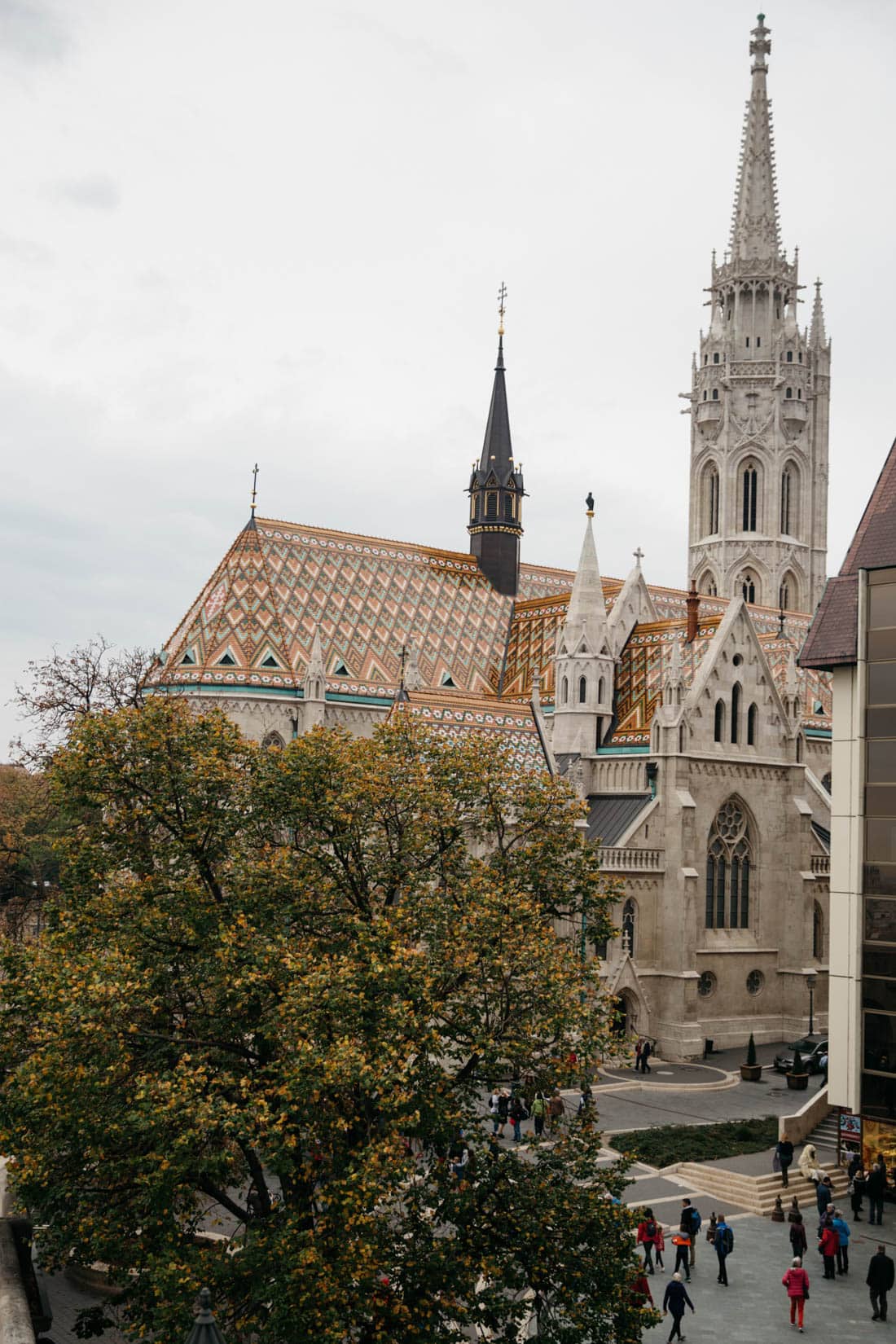 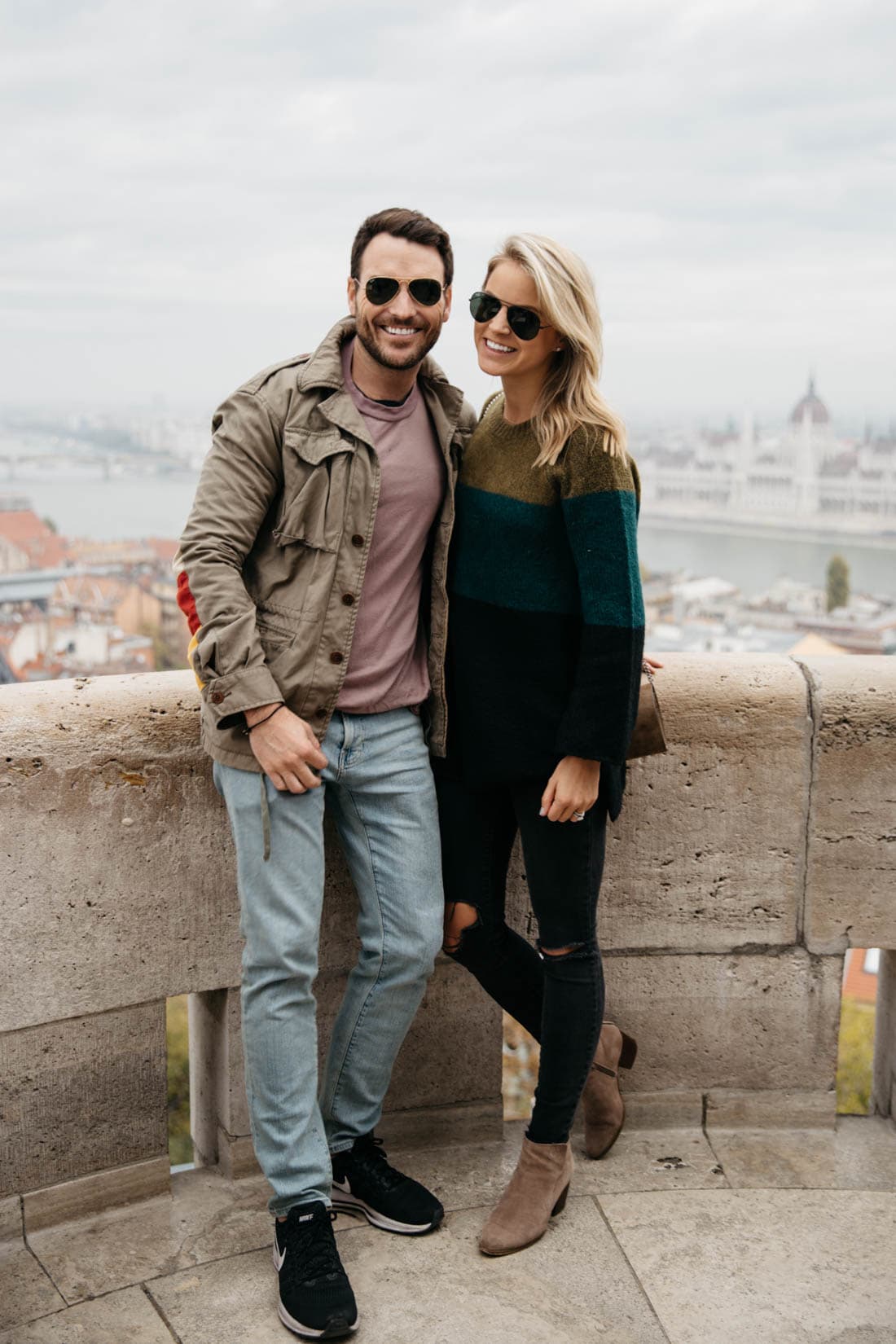 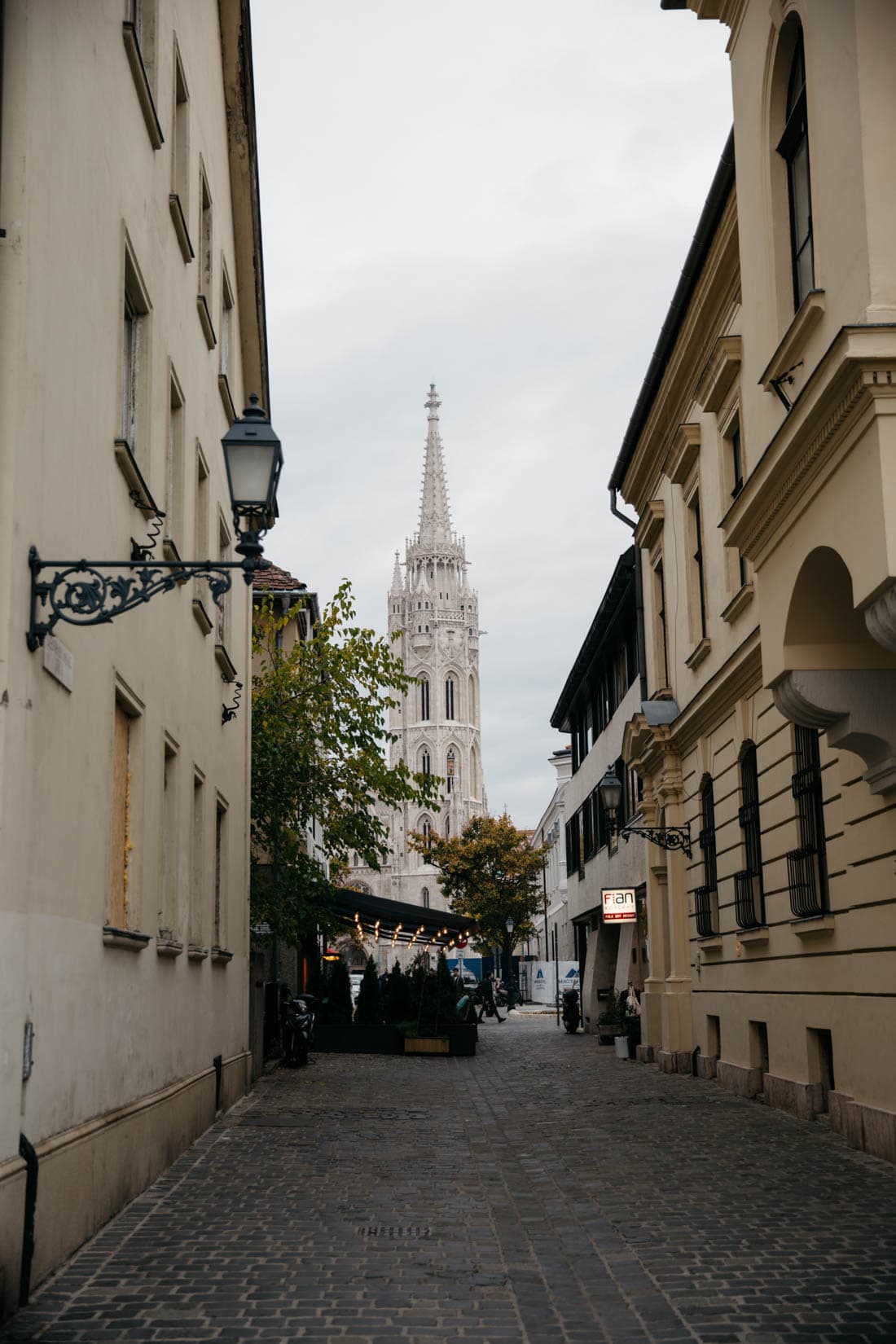 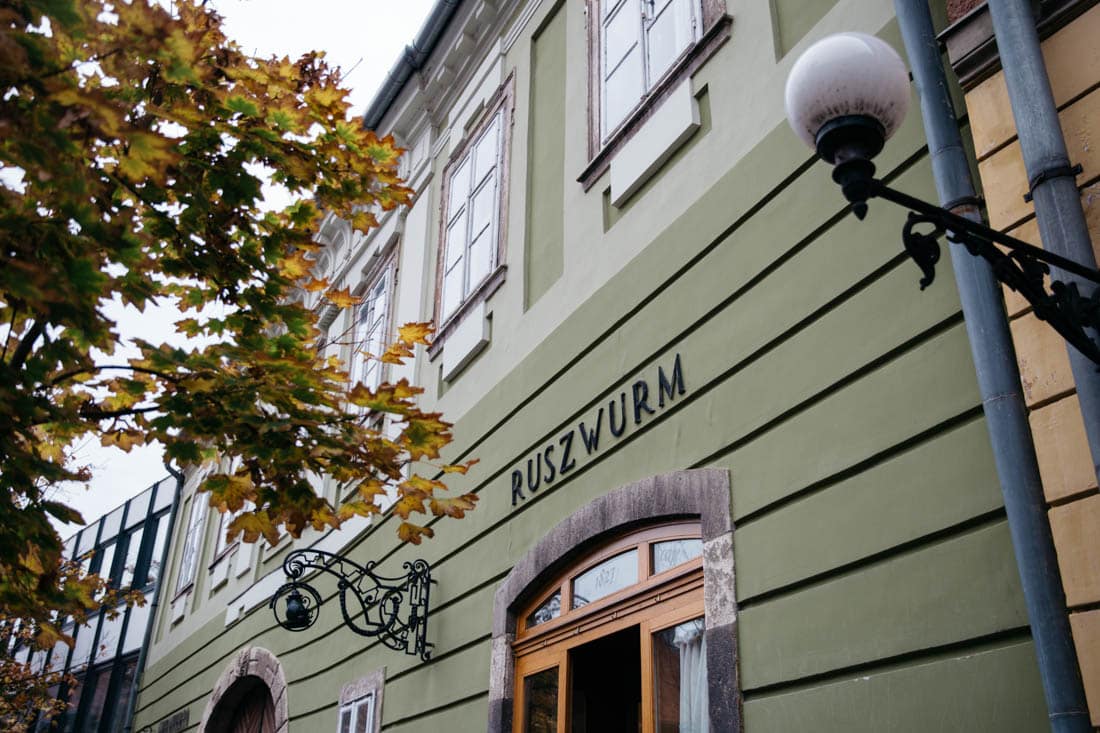 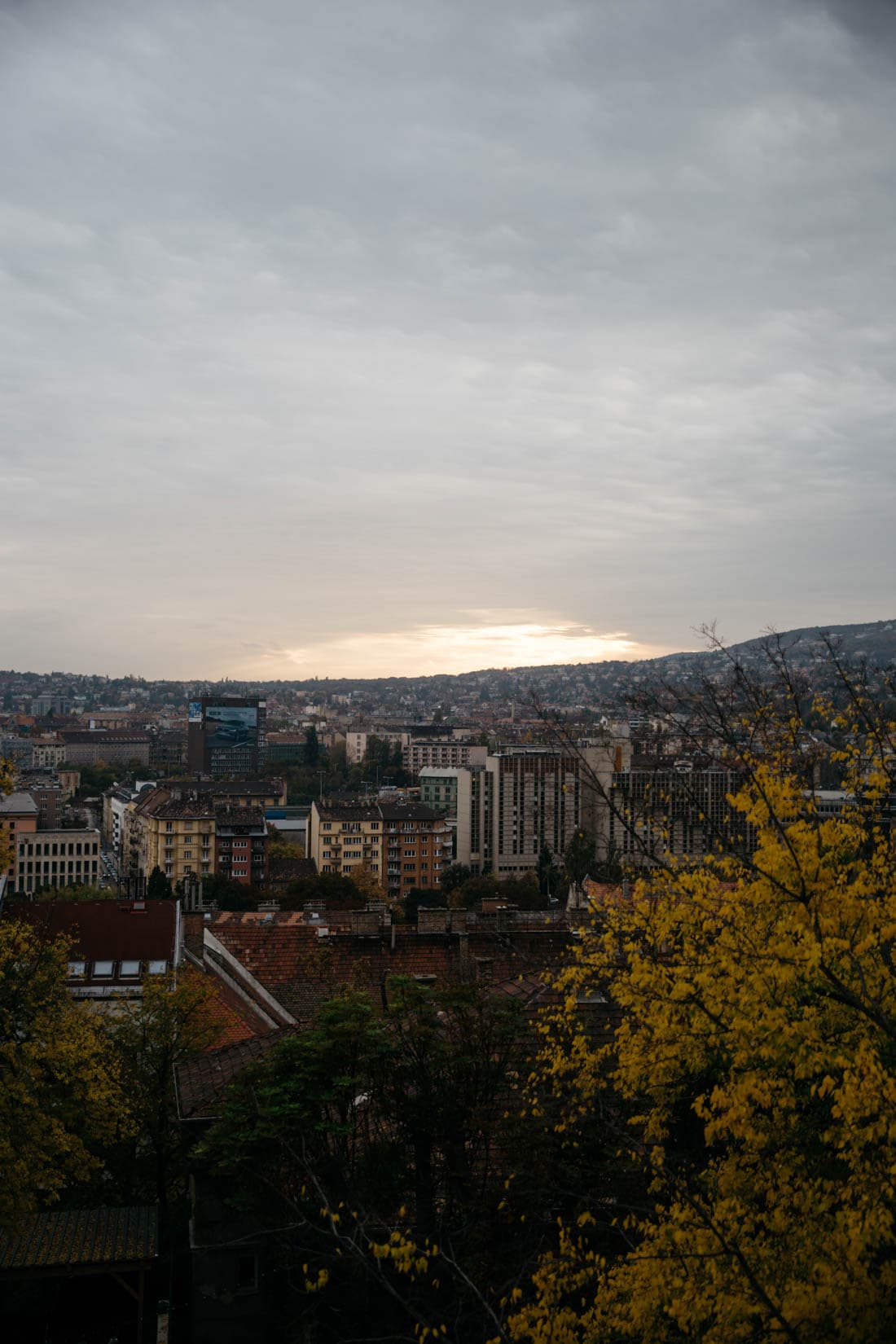 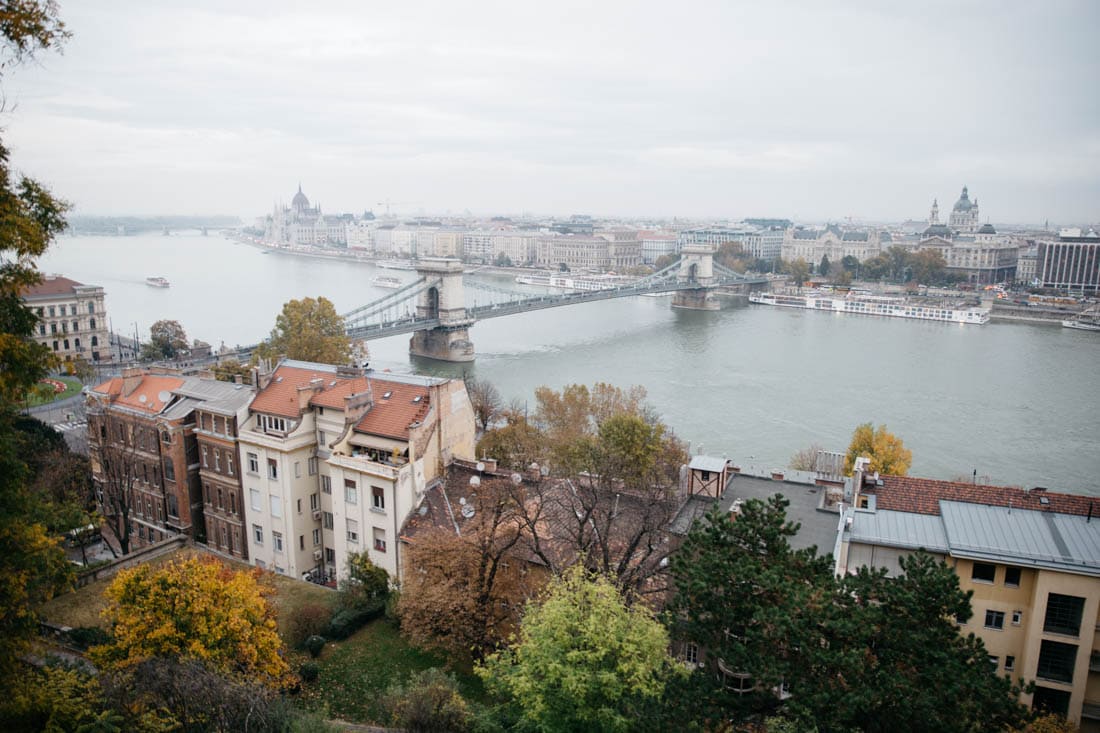 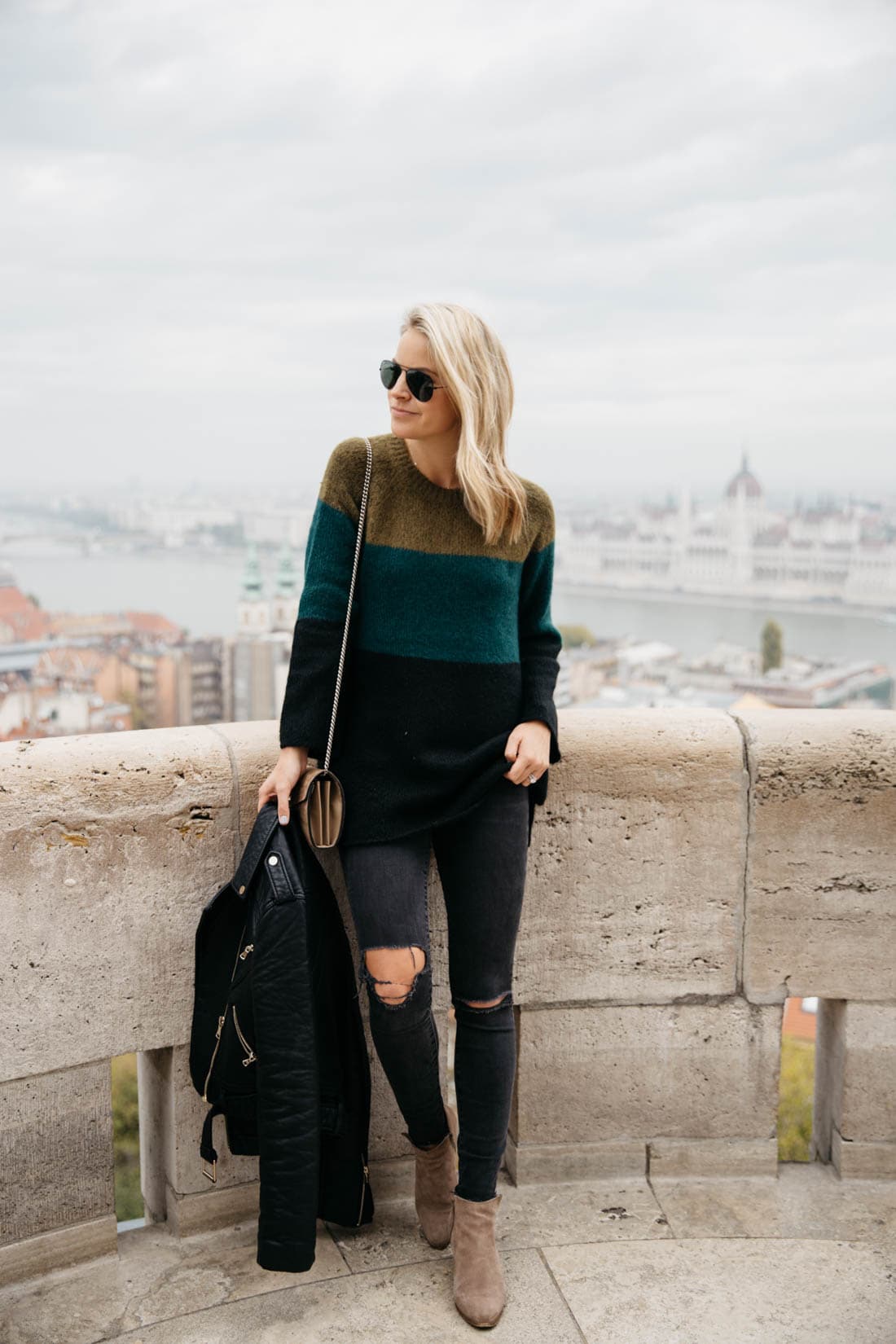 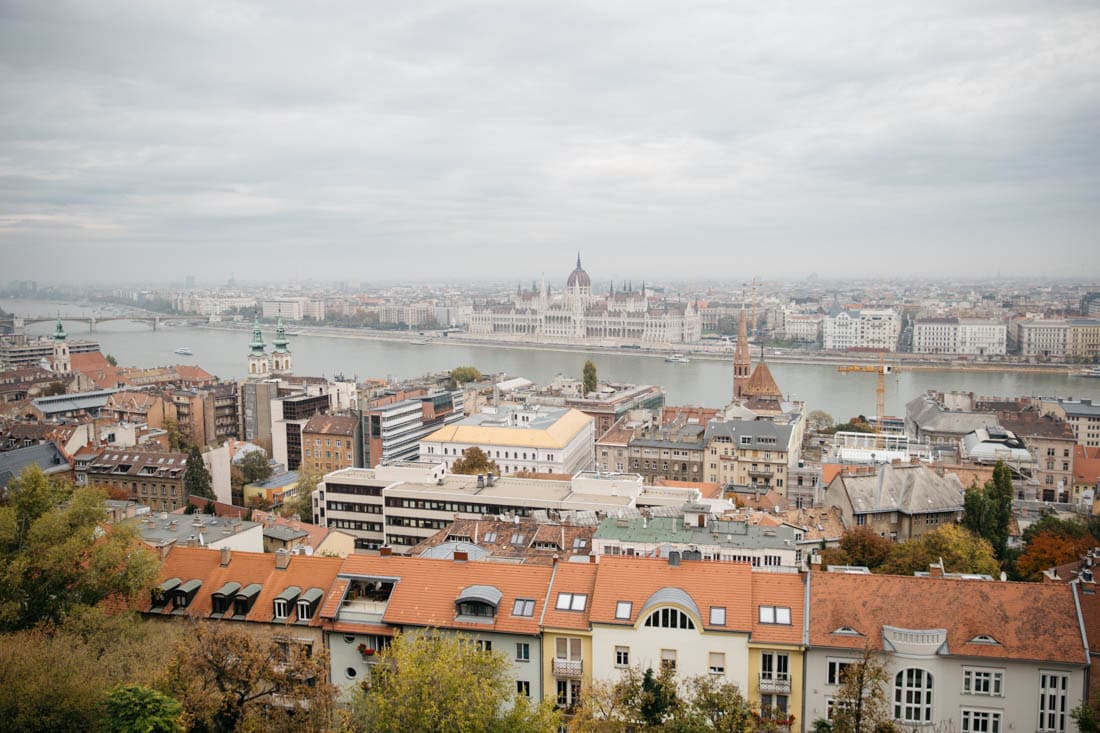 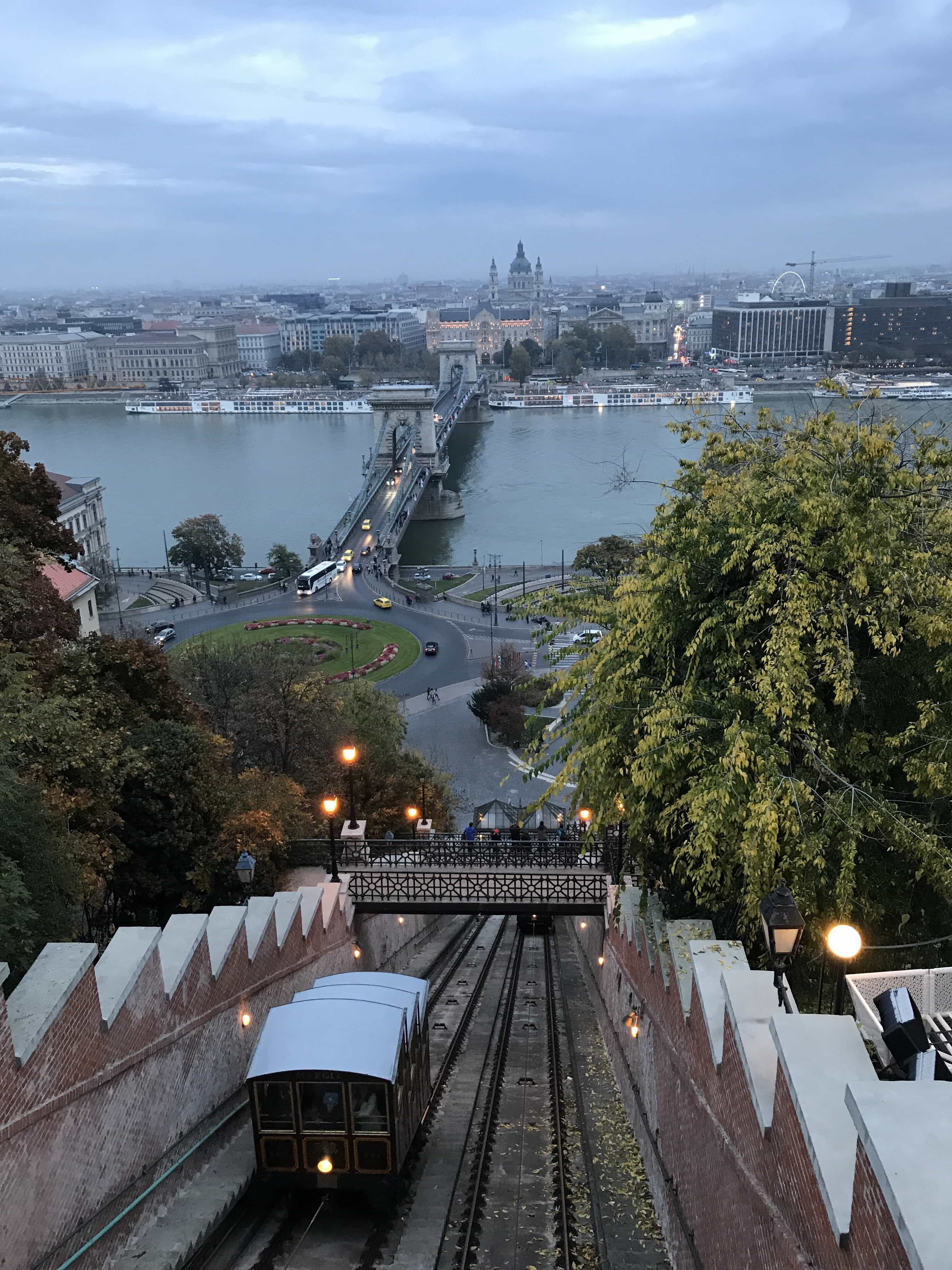 We had a bit of a slower start to the morning, but eventually got up and made our way to the oh so famous (and I have to chuckle at the name), New York Cafe. This cafe is absolutely stunning (self-proclaimed to be the “most beautiful cafe in the world”) and while there typically is a line to get in if you haven’t made reservations, it moves quite fast. The menu selection for lunch was slim (I wish we arrived earlier for breakfast), but the pasta I ordered was tasty! They had a few musicians that would play ever so often on the balcony and fill the room with the most beautiful music. Truly a spot you don’t want to miss for an experience you won’t find elsewhere!

After we ate, we took a long walk through the city and the city park. Fall foliage was at its peak, especially at the Vajdahunyad Castle. We were there on the weekend and it just so happened that there was a bit of a fair going on, which was fun to walk through and pick up a few treats to snack on. After spending some time here, we continued to our main destination for the day, the Széchenyi Thermal Bath. There was a chill in the air so we were all excited for time some to relax in the thermal baths. The three of us preferred the baths that were outdoors, but there are several located inside as well. When you arrive you need to pay for entrance, either a locker or cabin (since there was three of us it was easier and cheaper to do a big cabin to change and store out belongings) and a towel.

Our plan after the baths was to head to Central Market Hall (basically a large food hall) to grab a bite to eat, but unfortunately it was closed on Sundays. Monday ended up being a national holiday (to our surprise) so we never got around to checking this out, which I was a bit bummed about. Instead, we grabbed a snack on the go and headed to the House of Terror Museum (free entrance).

Later in the night we decided to switch things up and grab a non-traditional Mexican meal at Iguana Bar & Grill which was so delicious and hit the spot. We decided to call it a night after dinner and enjoy a glass of wine back at our apartment. That’s definitely my favorite thing about renting a place – it makes it feel much more homey, and going back and hanging out, watching tv and drinking some wine is a great option after dinner. 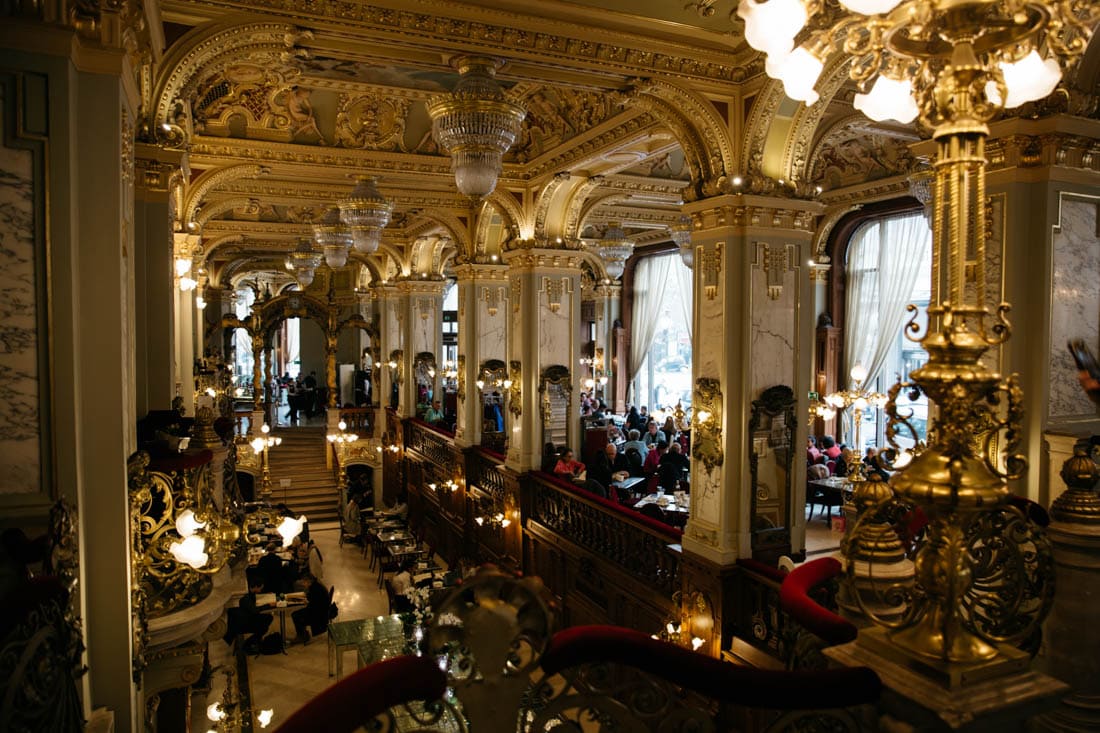 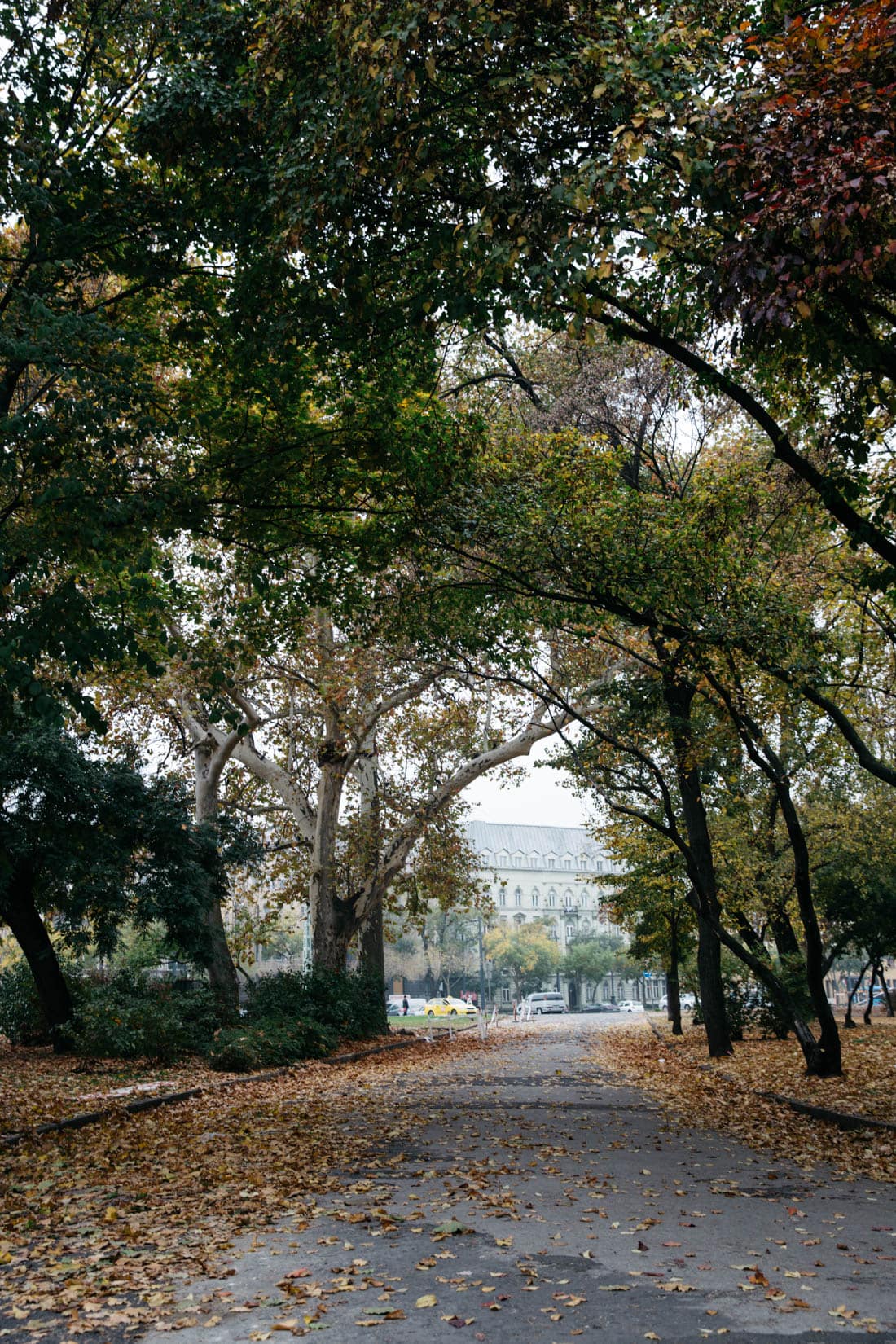 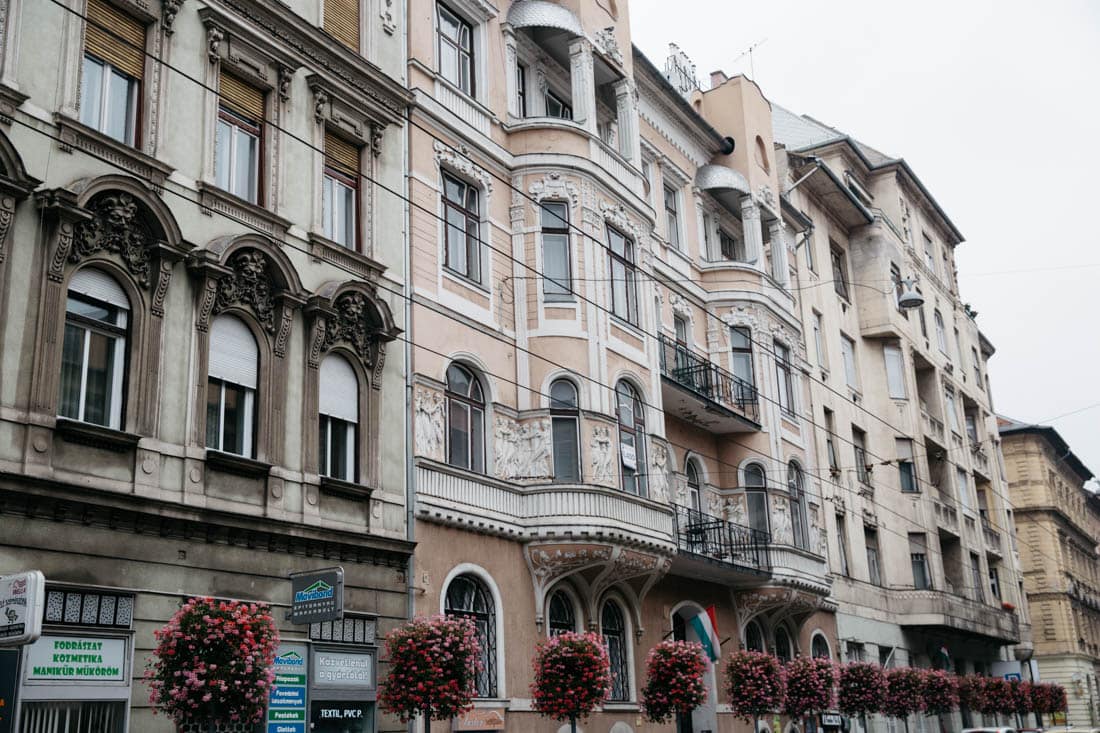 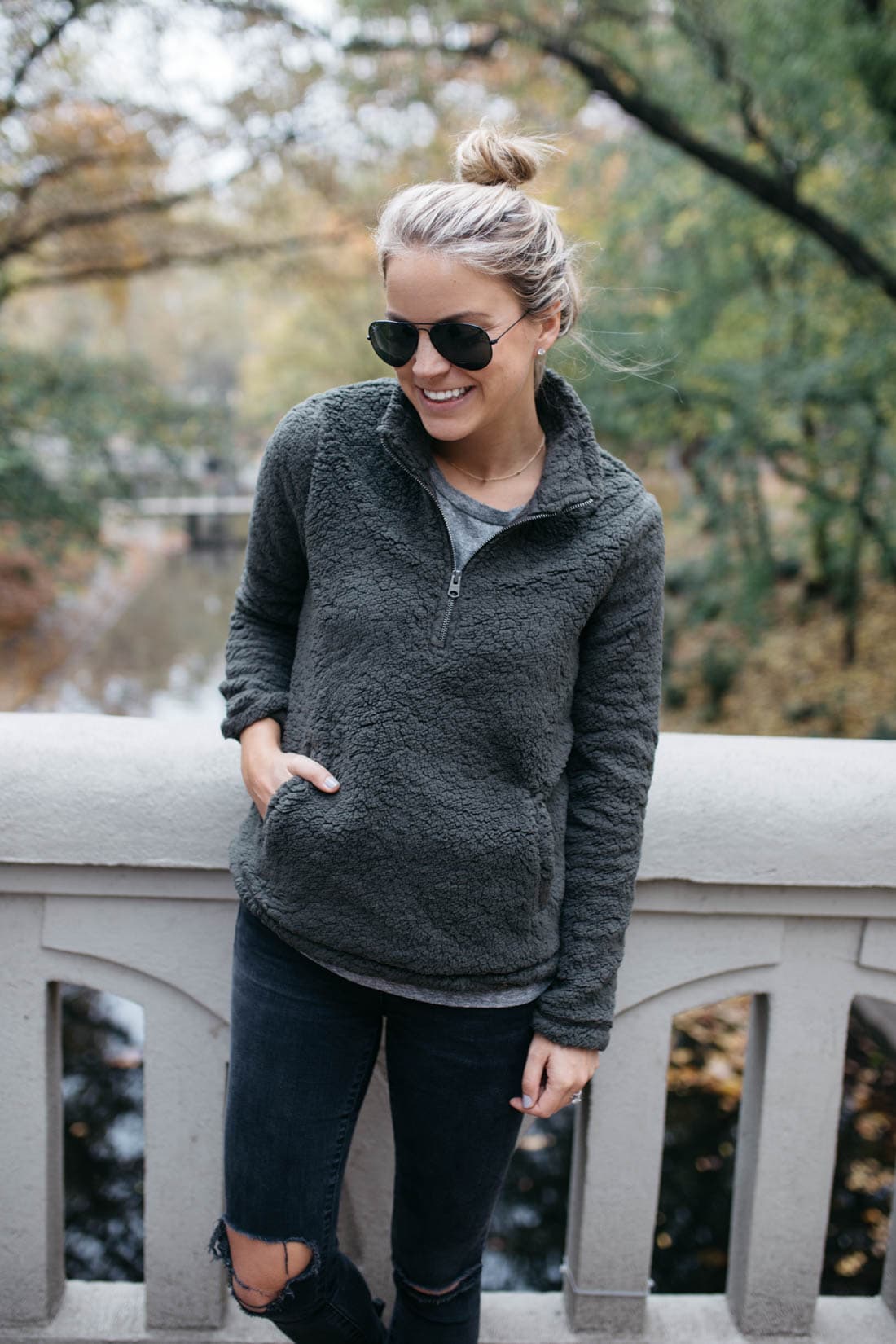 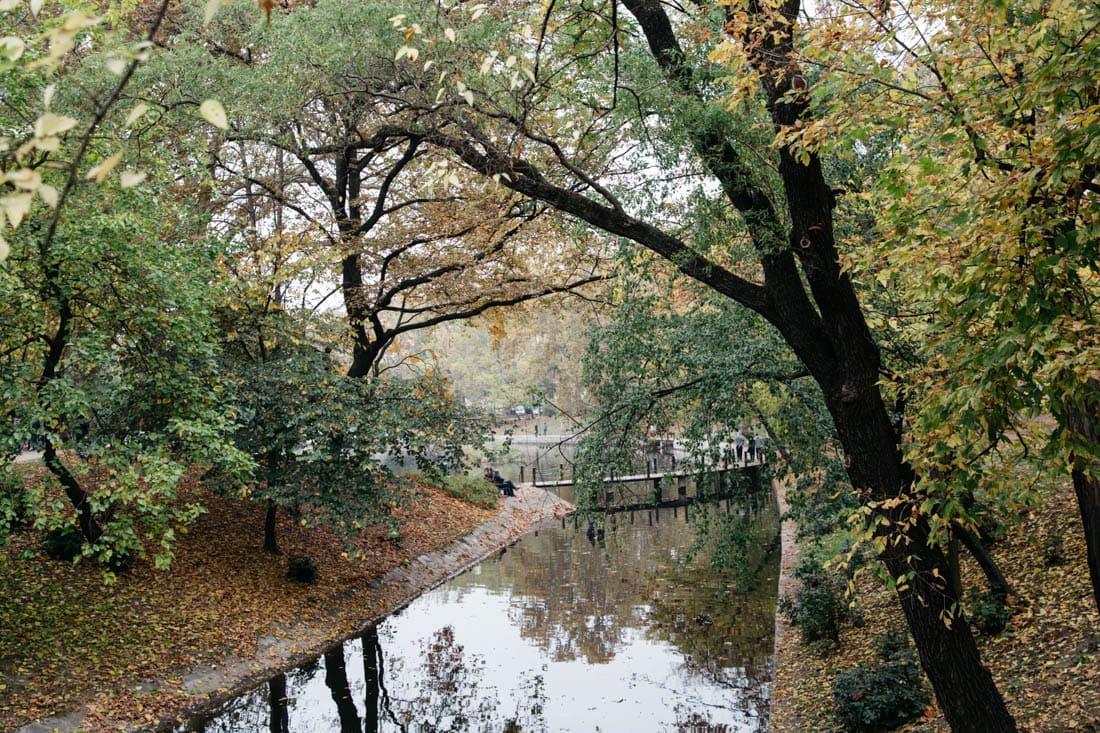 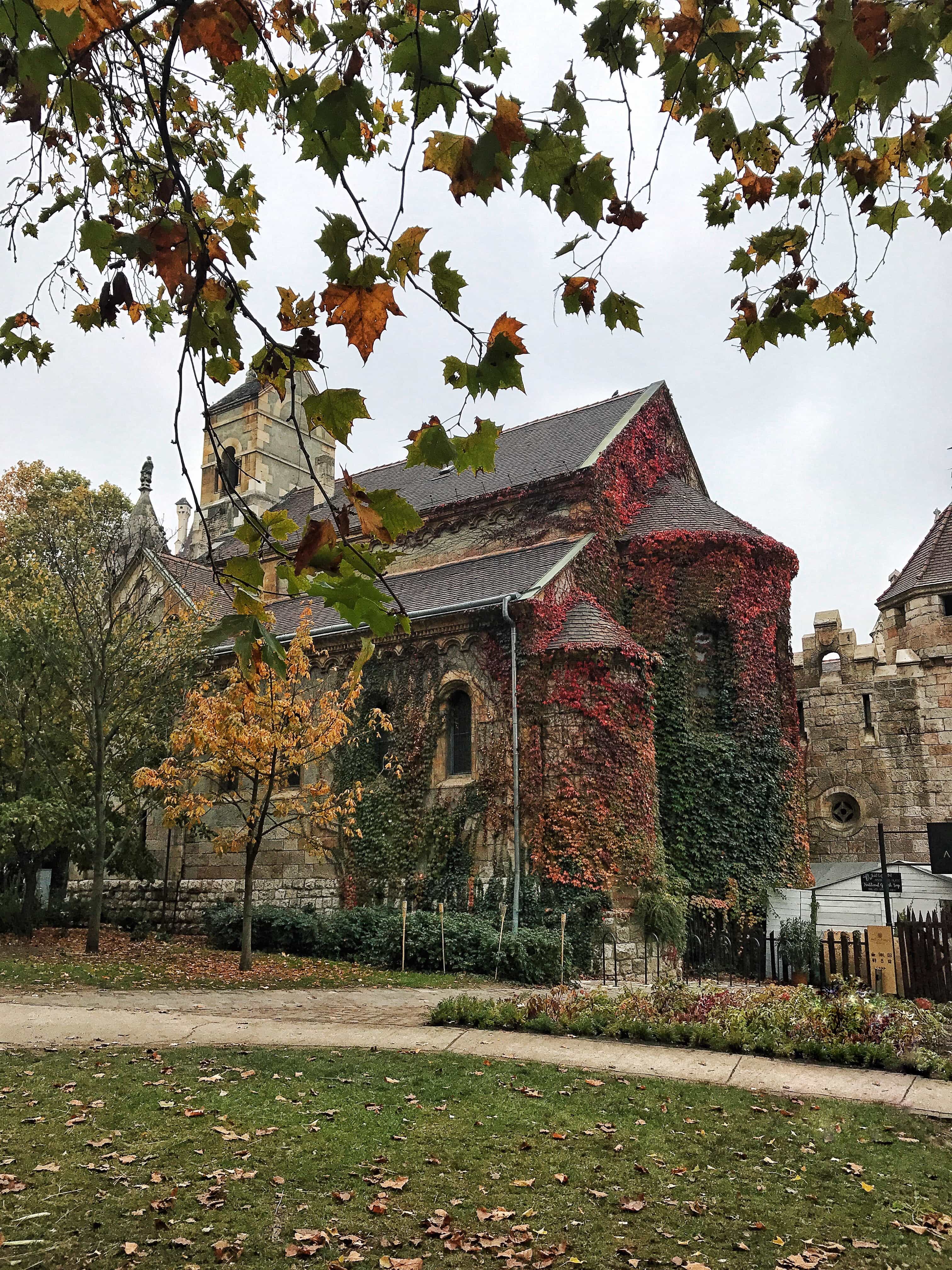 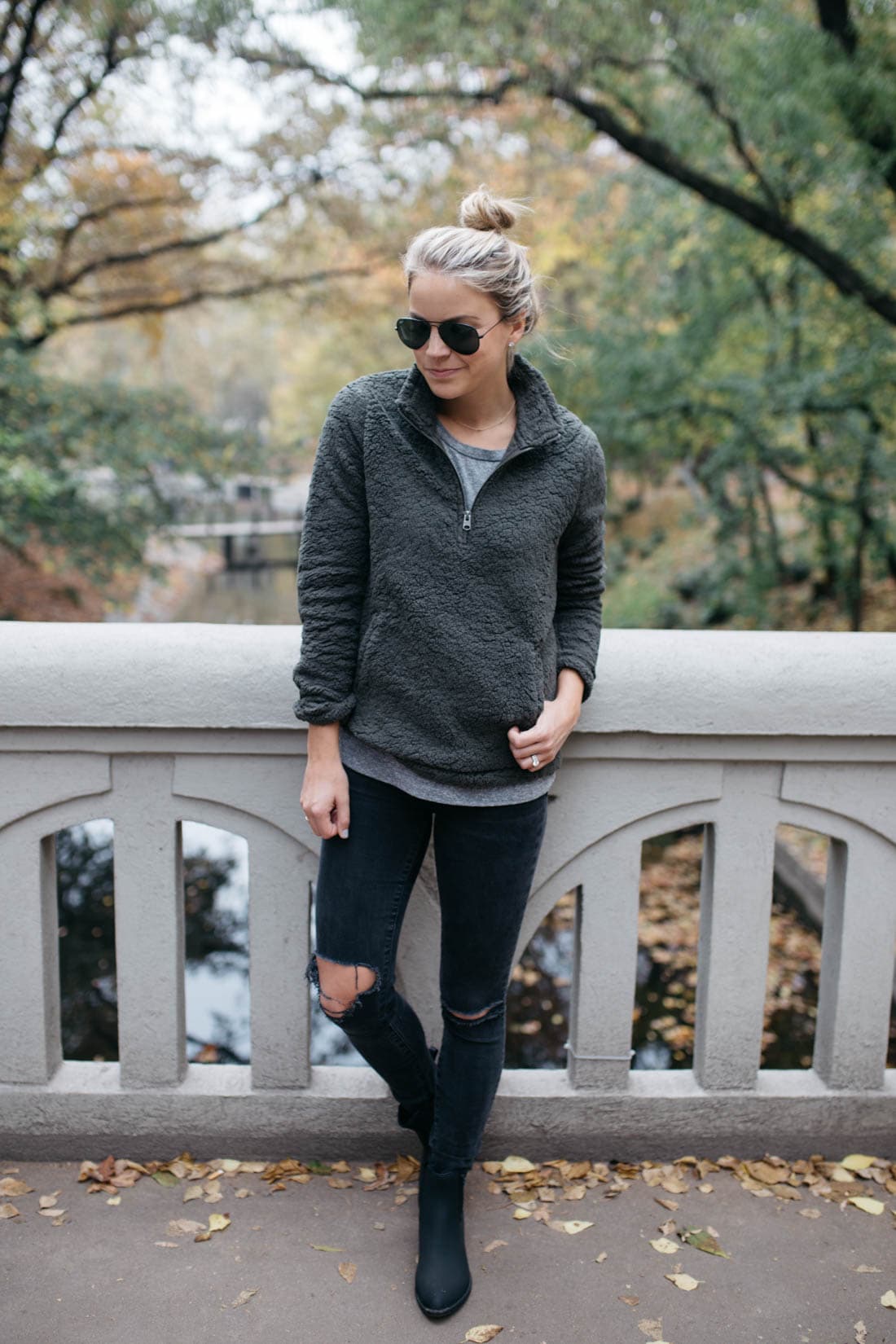 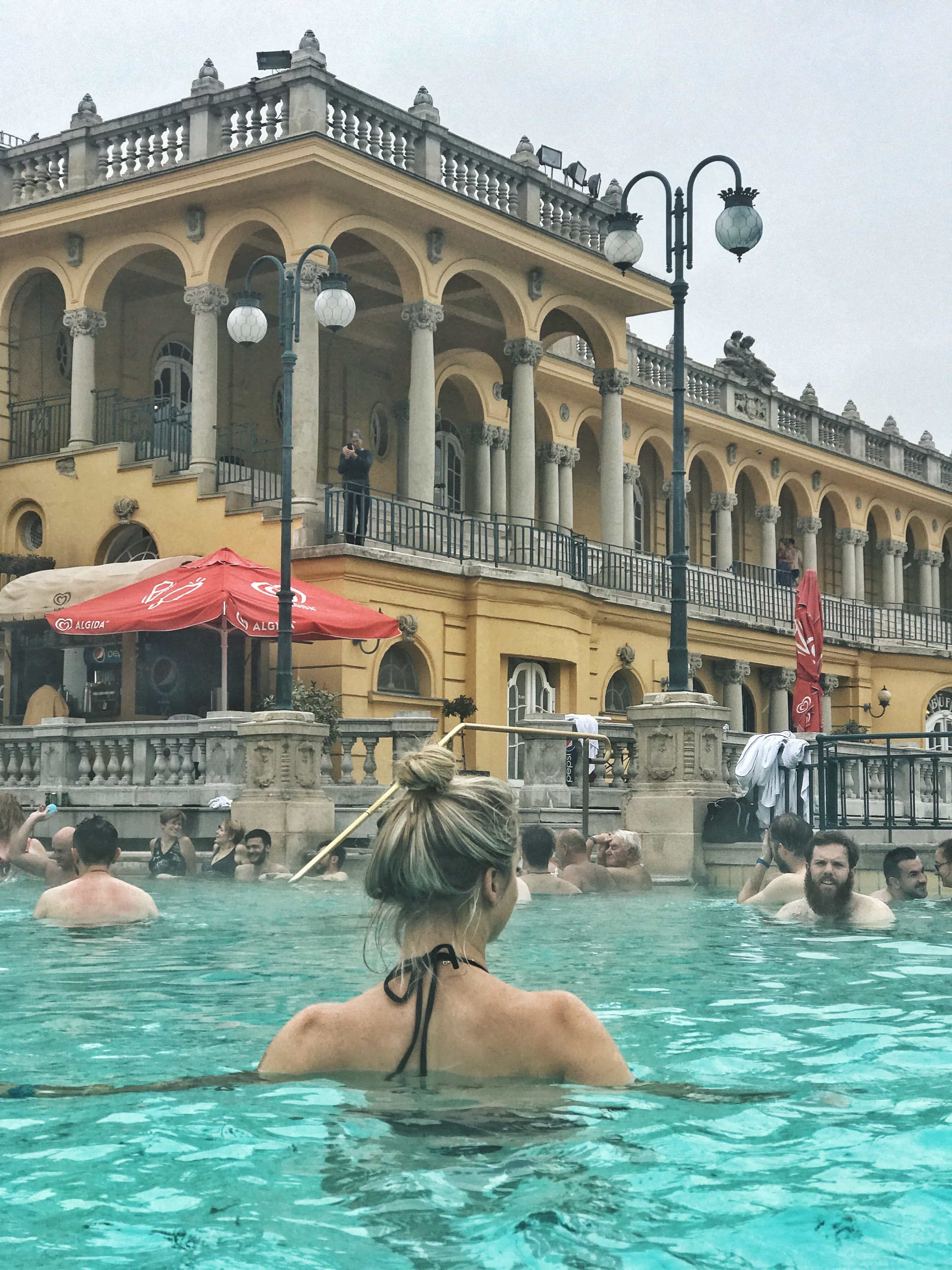 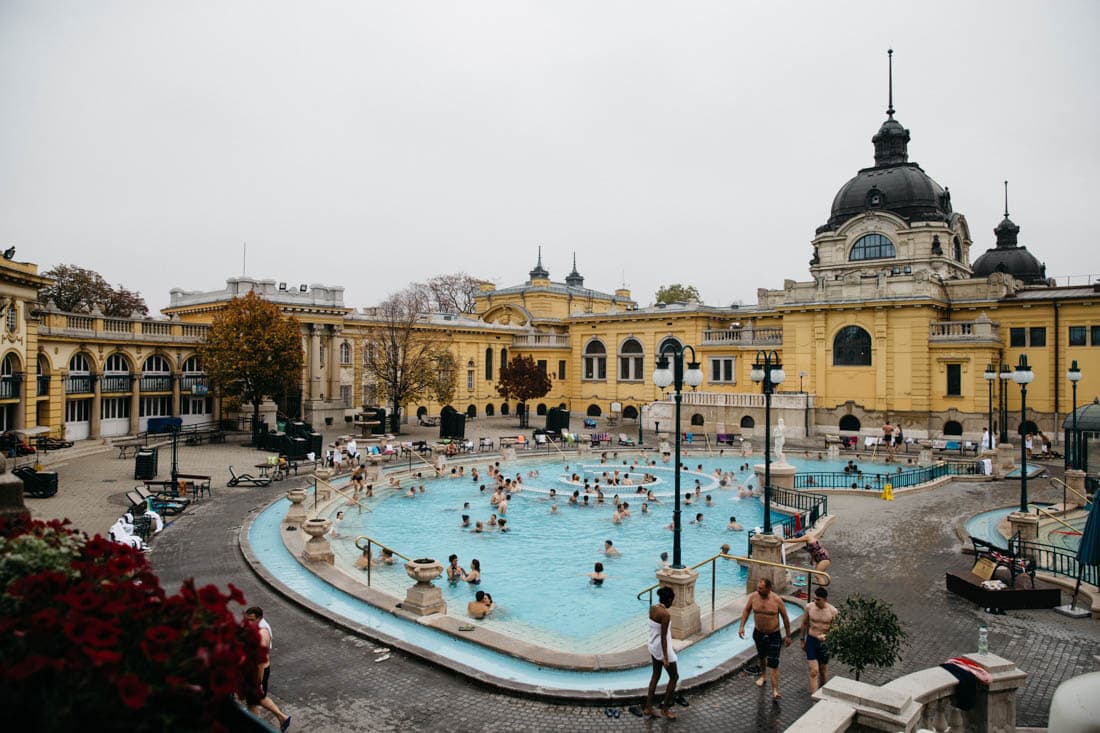 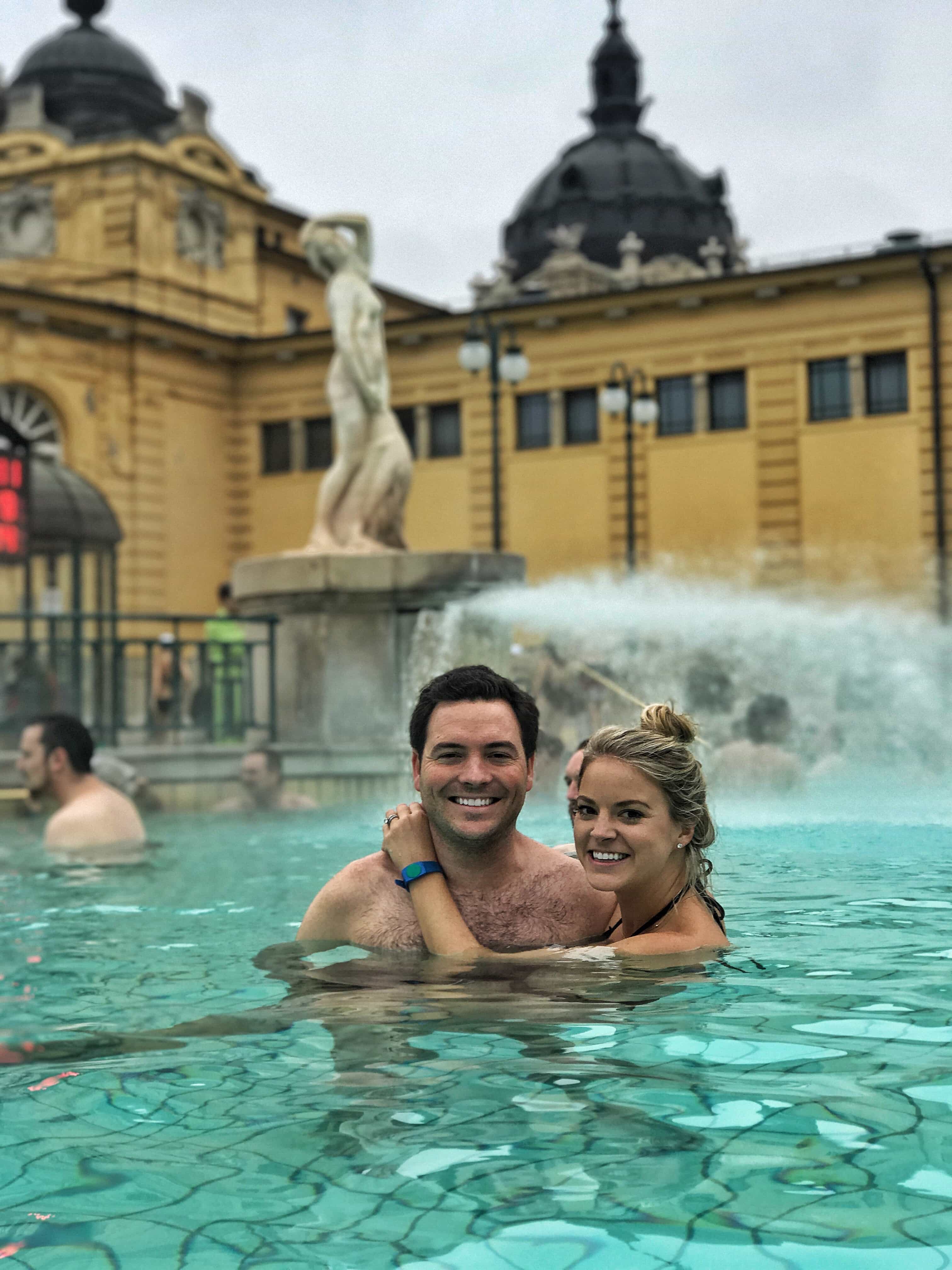 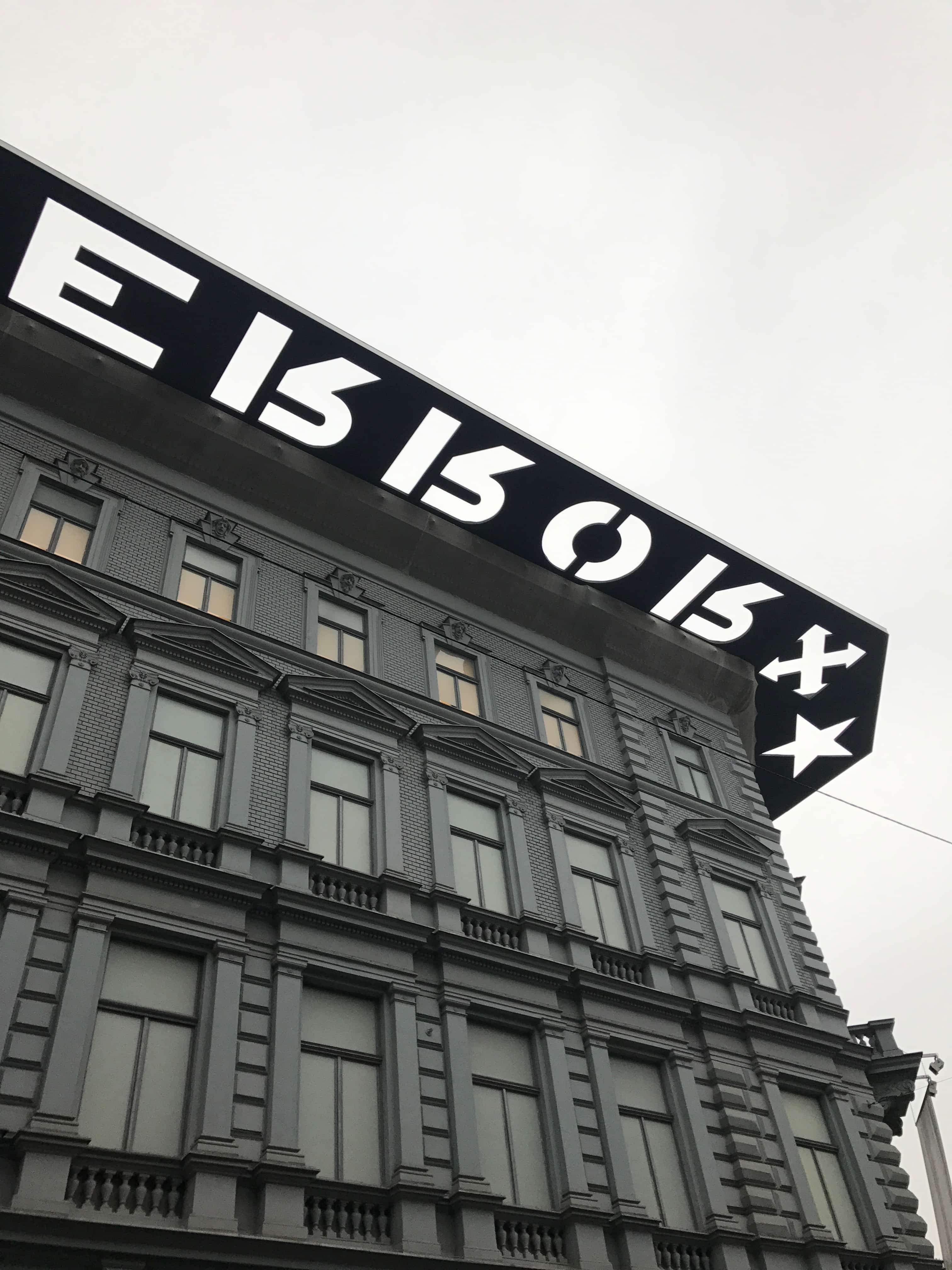 Our last day was a bit of a wash out (which we knew and had strategically planned more indoor activities), so we spent the day at the second indoor thermal bath we wanted to check out, Gellert Baths, and then to be completely honest we decided to end on a high note with a bit of a bar/food hop around the city! The weather was cold and dreary, so cozy pubs honestly sounded amazing. A few of my favorite pubs we grabbed a drink at were Spiler (also ate here), For Sale Pub (a MUST!!!, so so cool inside – I basically got reprimanded for NOT throwing my peanut shells on the floor and keeping them on my napkin, ha) and PUDER – such a fun vibe. Due to the rain, I left my camera at home so have limited photos to share from this day!

Overall, I absolutely loved Budapest. And to be honest, I was least excited to visit this city (I didn’t know a whole lot about it before hand) and it really surprised me. Such a cool vibe and I definitely hope to return some day! 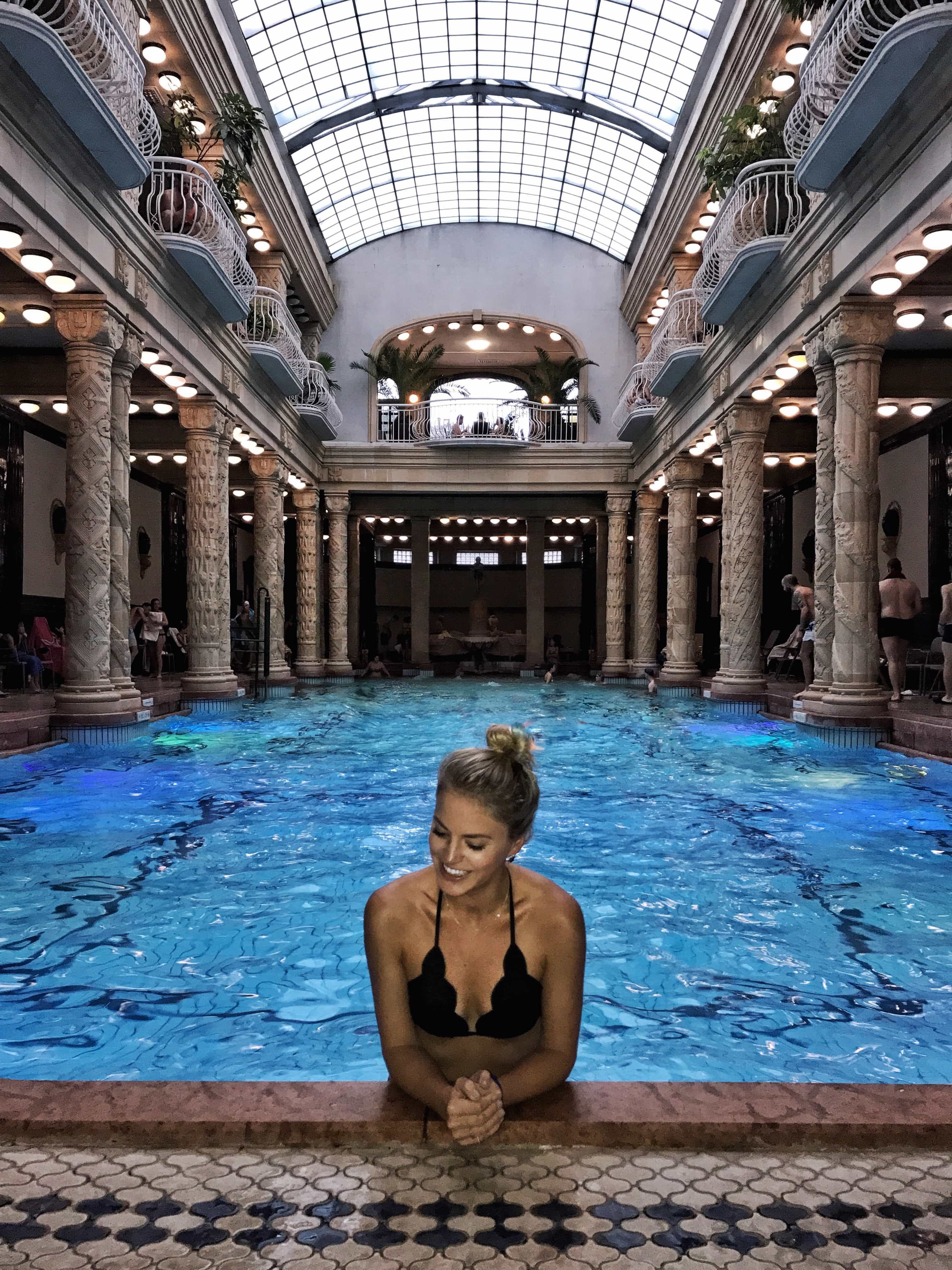 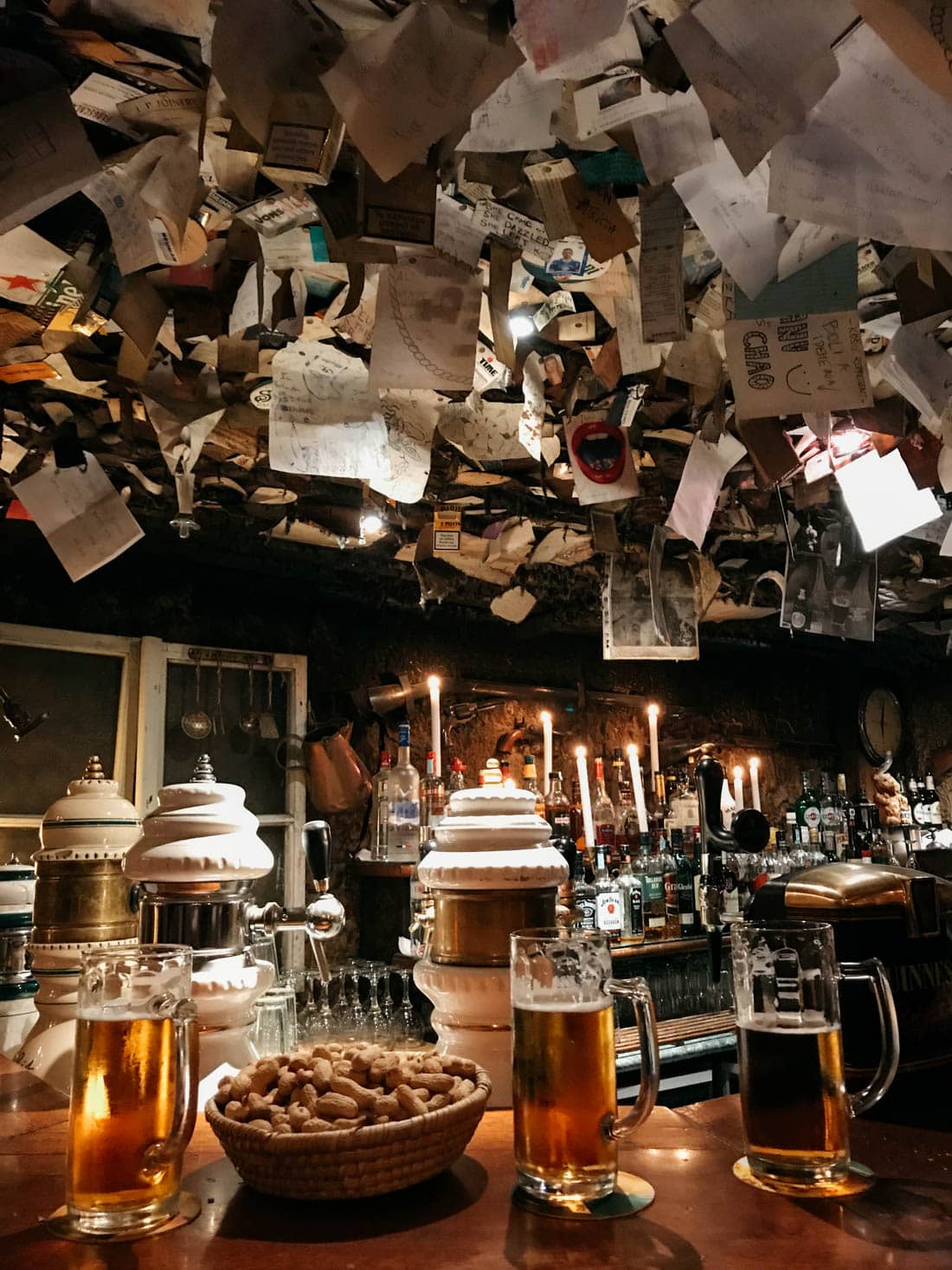